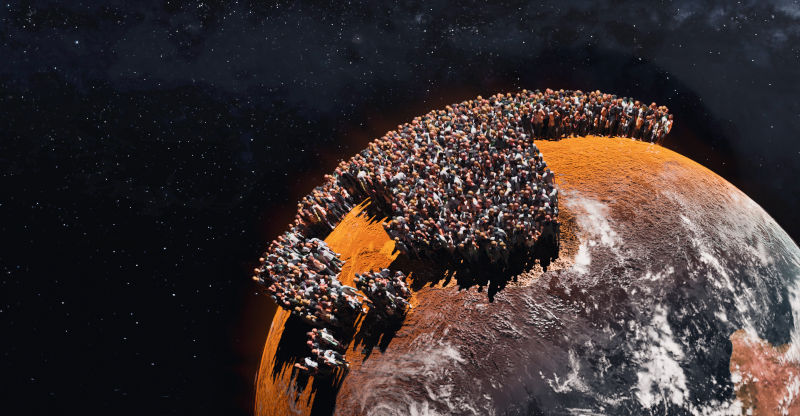 A new discussion paper on population ethics written by Catholic historian Paul Collins on behalf of Sustainable Population Australia is as radical as it is worthy.

Collins is the author of 15 books and is a former editor of religion and ethics at the ABC. The discussion paper is based on his 2021 book, The Depopulation Imperative, where he puts forward the case for an earth-first philosophy, rather than the failed human-first outlook.

A former Catholic priest, Collins writes in the tradition of St Francis of Assisi, earlier Irish clerics who found transcendence in nature, and now Pope Francis who published a revolutionary encyclical, Laudato si’, in 2015 that called for a new respect for the natural world and the rejection of anthropocentrism.

While welcoming the new attitude compared with former popes, Collins parts company with Francis when it comes to contraception, abortion and human population numbers. That’s because Collins accepts that the planet might support about 3 billion people in modest comfort, whereas the current 8 billion – still rising at about 80 million a year despite a reduced global fertility rate – has resulted in an escalating war on nature almost everywhere, even with very uneven production-consumption around the globe.

(Note, for instance, in the past few days the UN Secretary General’s increasingly familiar warning that humanity is “committing suicide by proxy” and, at COP27, is on a “highway to hell”.)

Collins’ figure of 3 billion is similar to Cambridge (UK) economist Partha Dasgupta’s 3.2 billion if living on an average of $US20,000 a year. Other ecological footprint experts, such as Canada’s William Rees (who co-founded the footprint concept) put a sustainable human population at between 1 and 2 billion. Australian science writer Julian Cribb opts for a figure of 2 to 2.5 billion “living at advanced living standards”. Leading Australian ecological economist Philip Lawn puts the maximum figure at 4 billion. (The Australian Academy of Science, using UN data in 2017, reported that a slim majority of studies put the earth’s ‘carrying capacity’ at 8 billion or less.)

As Collins describes it, humanity went off the rails centuries ago, made worse by its embrace of neoliberalism in the 1980s and, at least in some intellectual circles, postmodernism. Anthropocentrism is the major evil, where humans see the natural world simply as a resource for selfish exploitation. If plants and animals become extinct, that’s unfortunate, but ‘the economy’ and boundless human need (greed) comes first.

Scientists Tim Flannery, James Lovelock and E.O. Wilson are all referenced in Collins’ book, as is the cornucopian Julian Simon, whose influential book The Ultimate Resource (1981) told readers that there was no such thing as resource scarcity, so population growth was a good thing. Simon’s mad thesis still seems to hold sway today in economic and political circles, raising the question: who is more ‘radical’, Collins or those leading us over the cliff?

Collins gives a good defence of the well-known proposition that human numbers, multiplied by their consumption, creates ecological harm. This is true in Niger as it is in New York, although high-income nations have a way of exploiting the resources of low-income nations while massively over-polluting their share of the commons, particularly with greenhouse gases. But high populations anywhere will do significant harm if those populations cannot water, feed, cloth, house, and energise themselves on a sustainable basis.

If he had known, Collins could have brought even more scientific evidence to bear on the common-sense notion that population increase is a cause of environmental destruction, as explicitly stated in the recent federal State of the Environment Report 2021; the IPCC’s Sixth Assessment Report (Working Group III Mitigation Report 2022); and the UN’s Intergovernmental Science-Policy Platform on Biodiversity and Ecosystem Services (2019).

But Collins’ main interest is finding a new morality given the obvious existential crisis, where we can try to reduce our numbers voluntarily or let nature do it for us, brutally, and without much warning. The choice becomes one of finding the least-worst alternative given the foolish predicament we have allowed to develop since the warnings of the 1960s (and even earlier). On that note Collins is well aware of the work of scholars like Matthew Connelly, whose book Fatal Misconceptions (2008) shone a light on coercive population control.

It is certainly refreshing to have a former Catholic priest and scholar castigating former popes and bishops for their stupidity, while espousing a very progressive attitude to women’s rights, education, and family planning. That’s because he has done the open-minded research to see the looming catastrophe that is now, to a certain extent, unavoidable. The only question remaining is to what extent we can ameliorate the coming damage by acting swiftly and ethically.

Collins has no simple solution to reducing global human numbers to a sustainable level given that those numbers are still rising and we ran out of time long ago to make a soft landing. Even a universal and voluntary one-child policy would have little immediate effect and there is little to no chance of that policy being adopted.

But Collins is no doubt on solid ground when he says that current generations of humans will be the most despised in history as the decades roll by – if there are any survivors left to have such opinions. 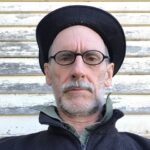 Stephen Williams is the co-editor of Sustainability and the New Economics (Springer, 2022).And is a former newspaper journalist and lawyer. He is currently writing a book on population issues in Australia and has done paid work for Sustainable Population Australia.