Driving in the dark in our conflict with China

There is a co-ordinated front from the defence and security establishments, the Coalition back-bench, US-financed think tanks and the Murdoch-dominated media in attacks on China

The Coalition is promoting a confrontation with China at a time of great global economic and geo-political crisis. That’s the whole point!

The current state of Australia-China relations has been met with growing incredulity and anxiety. Why would Australia, in the middle of its biggest depression since the 1930s, provoke a trade war with its biggest trade partner? Why is it doing so with a rhetoric based less on condemning abuses of human rights and suppression of democracy – one that has been variously dialled up and down since 1989 – but of a rising empire directly threatening our way of life?

Even though Australia currently has little idea of an economic future outside the trading relationship with China – one that has floated it recession-free from the mid-1990s to the present – the current government and the defence-intelligence establishment are hurtling to some kind of showdown. A heady mix of 1980s Cold War dénouement and 1939/41 emergency, there’s a heightened sense of national awakening – ‘we’ve let you walk over us for too long’ – and of impending and inevitable conflict. From the bottom of the old war chest, ‘whose side are you on’ has been dusted off, and, some tweaks here and there, it still fits.

Pearls and Irritations has been forthright in highlighting both the hypocrisy of this strident ‘evil empire’ rhetoric and the abandonment of a clear-eyed assessment of national interest this entails. The only viable global hegemon – geopolitical, economic, military, ideological – is the US, and its record as a warfare state, one perfectly happy to install and support dictatorships, needs little more comment here. It is led by a president whose trashing of democratic process, rational discourse, consistency of position and common decency is undisputed. Indeed, his global supporters revel in this casting aside of the liberal niceties, celebrating the chaos and outrage that puts ‘the elites’ on the defensive. It is to this president, and his appointed ultra-hawks, that the Coalition government does not just pay necessary lip-service but, rather, cringing homage.

How to explain such a useless act as the call for an independent inquiry into the origins of the Covid-19 virus, immediately squandering the political capital of a ‘good pandemic’? What possible benefit could it bring? There are many ways to register displeasure with Xi Jingping’s regime. Instead China is framed as an actively hostile power, bent on malign interference with our democratic institutions, our universities, our communications infrastructure, even our agriculture. This is a co-ordinated front from the defence and security establishments, the Coalition back-bench, US-financed think tanks and the Murdoch-dominated media. Coordination is not necessarily indicative of a plan. Militarily and strategically ‘containment’ via an assertive US hegemon is as far-sighted as it gets, along with some diplomatic overtures to countries that, however wary of China, are completely opposed to the confrontational rhetoric coming out of Canberra. Economically there is no plan whatsoever. You don’t have to read far into Sun Tzu to realise the serious dangers to which this exposes Australia.

The justification, whether from Malcolm Turnbull, Clive Hamilton or Peter Hartcher, is that we need to assert our values, even if it costs us, and refuse to be bullied. One problem is that the ‘bully’ is actually giving us pocket money and, despite the iron ore, is capable of walking away. But what values are we actually defending? Here lies one of the answers to the conundrum of the current night drive into a confrontation with China. With apologies to Pascal, ideology has its reasons which realism does not know.

Nobody doubts that we are at the centre of two intimately related geopolitical crises, US hegemony and neoliberal capitalism. Busting inflation using unemployment in the 1980s, then compensating for low wages and welfare cuts by the ballooning of private debt in the 1990s, ended with the 2008 crash. A plentiful supply of cheap consumer goods from China, along with its massive purchase of US Treasury bonds, allowed this system of ‘privatised Keynesianism’ to operate. This global macro-economic system has struggled since the 2008 crash. Larry Summer’s ‘secular stagnation’ has seen low growth, low productivity and capital’s failure to invest in the ‘real’ economy (bigger returns to be found in more financial products). This coupled with low wages, insecure employment and widening inequality. The intervention of the State in 2008-10 put an end to the neoliberal nostrum of the privileged ability of the market to adjudicate efficiency, just as the subsequent repayment of these unprecedented state loans by the population at large, rather than the banks responsible, added to the widespread political cynicism and anger.

The 2008-10 crisis served only to strengthen US financial hegemony, and yet while this helps its ability to print ‘fiat money’, there is little sense that the US has a vision of what a restored global economic system might look like. This before the pandemic hit. And while the US remains the dominant global military power by far, its ability to enforce its will has declined. The destabilising devastation wrought on large parts of the Islamic world, the network of global oubliettes for suspected terrorists, unprecedented levels of surveillance (including its own allies) with brutal suppression of whistleblowers – all this was in place before Trump started tearing up agreements (Iran, Pacific Trade, climate), withdrawing from long established (by the US!) international bodies, asserting America First and accelerating a geopolitical onslaught on China. These are all symptoms of a very powerful hegemon whose armature of hard power is showing through the soft shell of consent. This hegemonic faltering was not caused, but has certainly been exacerbated by, a challenger whose economic system, for all its flaws, is of comparable strength, and whose military-technological prowess, while not allowing it to replace the US, quite clearly sets a limit to its power to coerce it.

The problems of neoliberal macroeconomic theory are acknowledged even by The Economist, as are the huge challenges facing global economic ‘management’. No Sunday newspaper is now complete without another book on the crisis, if not death, of liberal democracy. It is generally recognised that the prestige of the US is at its lowest ebb since the 1970s, a caesura next to the ‘American century’. This without mentioning the global pandemic and the larger climate emergency whose visible plumes now waft across California and the Amazon, Siberia and the Mediterranean and soon again, no doubt, Australia. All of these call for a new global order or framework, ways of dealing with deep-seated and very frightening systemic challenges. The US Democrats are working on this. So it is even more frightening that our current government, which denies that any of these problems even exist, now proclaim that the major threat we face is a Chinese Communist menace.

The levels of fantasy and mendacity involved in this emerging cold war are plain for all to see, once out of the spotlight of a highly manipulated Australian media. The subservience is not just to American foreign policy interests currently articulated by ultra-hawks, but to a Republican party that is hell-bent on returning the US to the policy settings of the pre-New Deal ‘gilded age’ of plutonomy. A Coalition government that seems to have ‘no enemies to the right’, with no climate or viable renewables policy, no industry strategy outside of fossil fuel and mineral extraction, one whose response to the deepest recession since the 1930s is to cut taxes for the rich, deregulate labour and cut red (i.e. green) tape: these are the ones who now, on our behalf, stand up for our Australian values.

Contrasts with the last cold war abound. The contemporary ‘enemy’ has an economy as strong as the US, especially now it is being pushed into hi-tech autarchy. China is asserting its military strength, but this is around its immediate borders. Though there are multiplying zones of tension, nobody seriously thinks China is hellbent on some kind of Imperial Japan-style East Asian empire building. The only empire left is that of the US, with bases all around the Chinese border. Though by 1989 the direct association between the Left and Soviet Russia was long gone, an ideological-historical affinity persisted. You would be hard put to find any kind of ideological or organisational links between the contemporary Left and China. China is more interested in convincing Wall Street and Harvard Business School theorists of its efficient economic management model than it is of inspiring any leftist social movement.

This is a confected ideological re-enactment of 1989-91, even though the ‘enemy’ says it wants to work with us, and from whose enforced retreat into autarchy nobody is set to profit. This coupled with a 1950s anti-Communist witch-hunt, even though there aren’t any communists left – perhaps not even in China! Its basis in foreign policy realism is tenuous, and its implications for Australia’s economic future deeply concerning. It is being promoted for the worst possible reason, which is that the Coalition has no ideas for the future of Australia, its economy or its place in the world.

As with climate change, it wilfully ignores rational examination in favour of clinging to the current settings at all costs. The values for which it is standing up are nothing to do with Hong Kong democracy or ethic autonomy in Xinjiang; they are the values of the Coalition and its clientele networks seeking to continue to do as they like with the nation, equating their own enrichment with the prospects of the nation as a whole. As these economic foundations unravel, a war with China, cold or hot, stifling thought and dissent, pulling people back into line, will do very nicely. For in times of uncertainty and multiple global emergencies, what better idea than all piling into the ute for a night drive to war with China? 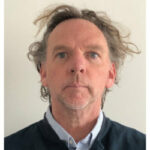