DUNCAN MacLAREN. ‘Game On’ as UK Split Looms over Brexit

Just as David Cameron’s idiocy in calling for an EU referendum to appease his rabid right-wing has made him the godfather of Brexit, so May, in treating Scotland like a trinket which the UK has to “keep”, to say nothing of her handling of Northern Ireland, could well be the midwife of the break-up of Britain.

On Monday of this week, just before the UK PM, Theresa May, announced she would trigger Article 50 to begin the two years of negotiations to leave the EU, Scottish First Minister, Nicola Sturgeon, put a spanner in the works by announcing a second Scottish independence referendum. The preferred timing would be between Autumn 2018 and Spring 2019 which should allow Scotland to be the successor state to the UK in the EU as the self-styled Empire 2.0 leaves the largest trading bloc in the world for, depending on your pragmatism or English nationalism, either economic disaster or a red, white and blue Utopia but without the Scottish blue.

As I have written before on this blog, the SNP hierarchy would not have wished a referendum so soon but May and her hard-right Tory Government has ignored the 62% of Scots who voted to remain in the EU to such an arrogant extent that it is felt that a new choice has to be given to the Scottish people. May is fond of saying that the “British people” voted to leave the EU. The reality is, of course, that it is the English (who comprise 84% of the UK population) who are dragging Scotland and Northern Ireland against their wishes out of a Europe which has far longer trading, historical and affective ties with the two Celtic nations than ever the British Union had. It also means that in any future UK referenda, just as in elections for the Westminster Parliament, England will always decide the outcome. Devolution was meant to rid us of a unitary state but it was devised to “bash the Nats”, not to improve the government of the UK’s four domestic nations.

The Scottish Government published a White Paper to allow Scotland to remain in the Single Market while still part of the UK. It asked for special deals on migrants (which Scotland needs to increase the economically active workforce) and on agriculture and fishing which should return to the Scottish Government after Brexit. May, in a speech to the Scottish Conservative Party conference, ignored these ideas for Scotland but previously had talked about a deal for a soft border between Ireland and Northern Ireland, a deal with firms such as Nissan over tariffs and even a deal for London. In the speech, she indicated that any powers repatriated from Brussels would go to Westminster and there were even hints that devolution could be rolled back or, as some of the haughtier delegates wanted, abolished altogether.

And it’s not just Scotland. Wales has also called for a debate about its future and the recent elections in Northern Ireland produced a result which put Sinn Féin within a hair’s breadth of being the biggest party in the province. After the Scottish independence referendum announcement, they are now demanding a referendum on union with the Republic of Ireland. Just as David Cameron’s idiocy in calling for an EU referendum to appease his rabid right-wing has made him the godfather of Brexit, so May, in treating Scotland like a trinket which the UK has to “keep”, to say nothing of her handling of Northern Ireland, could well be the midwife of the break-up of Britain.

The polls for independence in Scotland are now 50-50, a far higher rate than at the beginning of the first referendum campaign which started at 27% and increased to 45%. The debate will centre not so much around economics next time as sovereignty. Should Scotland be part of a resurgent English nationalist ‘Britain First’, a toxic brand that other trading nations except for Trump’s USA might well want to keep at bay, or an independent nation within the EU which, for all its faults, is, frankly, a safer, more social democratic and more internationalist option. Many of us feel it is no longer possible to remain Scottish and British in May’s La La Land and the only option is to choose between the two. The money, for the moment, is on Scotland becoming a sovereign state but, with Brexit being such a slippery eel of a process, who knows?

Duncan MacLaren, though based in Glasgow, is an Adjunct Professor of Australian Catholic University and is writing in a personal capacity. 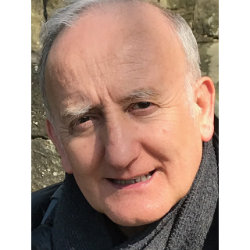