East is east, West is west: China and the West are not ‘competitors’ 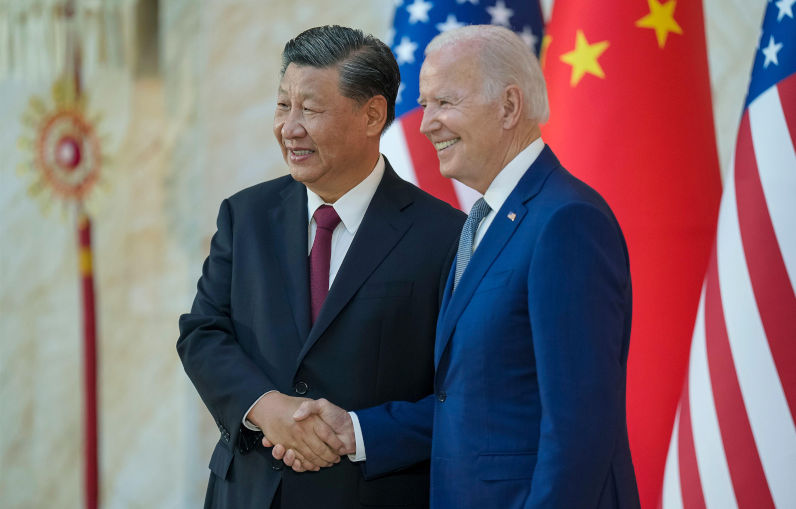 When the US and its like-minded allies express the desire to compete with China, what they seem to overlook, or wilfully ignore, is the fact that China is really only competing with itself.

The idea among the Chinese that rulers must have high moral standards and care for the people date from the Zhou Dynasty (1046 – 256 BCE). The Chinese understood it as a “Mandate of Heaven”. This can be seen as a social contract between the people and their rulers that they would accept and support their rulers as long as they maintain their obligation to take care of the people. It also served as a caveat which says that if this obligation is neglected, then the people have every right to revolt and overthrow the ruler. For those who think that the Chinese people dutifully follow their government’s directives because they are under oppression by a totalitarian state, think again. It is quite obvious to the astute observer that in order to maintain its legitimacy to rule, the CPC sets itself ever higher objectives of delivering better economic outcomes for its people. In this sense, it competes with itself.

Today, the government of China is still run by a supreme leader called Xi Jinping (Chinese President and secretary of the Chinese Communist Party). He is supported by six Mandarins who make up the Politburo Standing Committee. The Chinese website “A simple guide to the Chinese government” says that their decisions affect every facet of life in China. The only difference to the dynastic imperial system of the past is that the rulers today are not rulers by birth-right and imperial connections but through a meritocratic system of rising through the ranks with proven ability. Take Xi Jinping for example, he was Deputy Secretary of Hebei Province (approx. 74 million people), Governor of Fujian Province (approx. 41 million people), Acting Governor of Zhejiang Province (approx. 57 million people) and Party Secretary of Shanghai (approx. 26 million people) before he became President. By the time he reached the apex of the pyramidal system of government, he would have had experience governing almost 200 million people in various parts of the country.

Kishore Mahbubani points out in his book “Has China Won” that the Chinese quest for excellence is enhanced by the CCP’s recruitment of the best graduates for the government, making it, as he says, “one of the most intelligent governments of the world.” (p. 169). Moreover, one of the keys to their self competition is their five-year plan which they monitor and use as a guide to the implementation of their vision for the future. They are now in their 14th five-year plan (2021 – 2025). One of the big favours that the West has done for China is their development of systemic science, derived from “The Enlightenment” (17th and 18th centuries), which the pragmatic minds of the Chinese have adopted and emulated to great effect. Here, the word “systemic” is important, taking cognisance that the Chinese themselves have a history of scientific innovations. A good indication of realism pervading their thinking is Deng Xiaoping’s exhortation to “seek truth from facts”. Manifestly, the pathway to success is premised on having experienced and bright brains working collectively on national projects laid out in a plan which is then reviewed and monitored periodically.

On the other hand, the US spends an inordinate amount of time, effort and money focussing on maintaining its dominance on the world stage. One of the most telling indications of the US’s geopolitical attitude is reflected by a headline story in CNN on (04/12/2022) titled “US Navy sends a message to adversaries with rare Indian Ocean submarine port visit… They should take from this that a ballistic missile submarine which is undetectable can operate in any ocean for an extended period”. US Admiral Charles Richard added that, ““Every operational plan rests on the assumption that nuclear deterrence is holding, and (ballistic missile submarines) like West Virginia are vital to a credible nuclear deterrence for the United States and our allies”. Even more telling is the fact that the USS West Virginia is anchored at Diego Garcia, an island stolen from Mauritius. It is veiled threats like this that form the basis of the US’s “competition” with other countries. The flexing of muscles of this nature creates an aversion instead of an admiration for the US, especially as they have shown time and again since WWII that they would not hesitate to use military force on weaker states.

In the eyes of the beholder – which constitutes the greater part of the world – other than those Western allied nations that have dominated the world for the better part of 250 years, the credibility of the US is compromised by its own internal problems: an ageing and crumbling infrastructure, a widening gap between the rich and poor, problems of endemic racism, a politically polarised population reflected in the march towards the Capital, a very high rate of incarceration, gun violence and a national debt burden exceeding $30 trillion. A country which maintains 800 military bases around the world, for which being the Sheriff of the world is more important than the welfare of its own people makes observers shake their heads in disbelief. The US is a very beautiful and richly endowed country with talented people who, motivated by Protestant working ethics, built a wealthy and powerful nation. Yet American political leaders seem to have come to a point where they no longer count their blessings but choose instead to dominate the world using ethically questionable methods that yield inconsequential outcomes.

The contest that the US government should pay attention to is not liberal democracies against autocracies but between good governments and bad governments that are viewed in the context of the cultures and conditions of the respective countries. Imagine the good that will come out of the US putting its considerable intellectual prowess, talent and strength to addressing and resolving their own internal problems, fighting climate change (for which they are hugely responsible), environmental degradation, nuclear proliferation, social injustice and a host of other human problems. They might then gain some true admiration. So far, they seem to be barking up the wrong tree.