Easy Lies & Influence in the $90b submarine boondoggle

No-one knew what the evaluation process involved, but it was clear the decision was political, not driven by the obligation of government to spend public funds for the best product and the best price.

In February 2015, faced with the imminent threat of a leadership challenge, then prime minister Tony Abbott tried to purchase the support of key South Australian Liberal Party members by promising that a local Adelaide shipbuilder would be in the running to construct a fleet of submarines to replace the ageing Collins-class vessels, at an estimated cost of $20 billion. The design and construction of these submarines represented the largest defence procurement in Australia’s history.

Despite the oversight of the National Security Committee, three White Papers by successive governments confirming a commitment to acquire new submarines, extensive and well-established defence procurement protocols, the creation of a Defence Capability Plan seven years prior, and the known interest and capability of international commercial shipbuilders, including ones based in France, Germany and Japan, an open tender was abandoned by the government in favour of a new, untested and less-rigorous purchasing process known as ‘competitive evaluation’. Then treasurer Joe Hockey, sent in to do the dirty work, asserted there was ‘no time for a tender process’—and was perhaps later rewarded with a plum posting to Washington as Australia’s US ambassador.

No-one knew what the evaluation process involved, but it was clear the decision was political, not driven by the obligation of government to spend public funds for the best product and the best price.

Defence procurement runs into billions of dollars and is ordinarily governed by a suite of tendering and contracting processes based on established risk profiles. The key phases of acquiring major new defence assets typically include the identification of a capability gap by the Australian Defence Force; the involvement of the purchaser, the Defence Materiel Organisation, and in the case of new technology, the expert Defence Science and Technology Group; and the establishment of a Capability Development Group to liaise with the ADF as a go-between. The process then involves a Cabinet-approved ‘first pass’ to proceed to open tender, sourcing the capability on the open market; the preparation of user requirements that form the basis of the tender; briefings and engagement with industry; and the issue of request-for-tender documents. After the receipt of tender responses, an evaluation process, informed by technical, environmental and commercial working groups with the relevant expertise, starts work to progress towards the second round of Cabinet approval. It is not until this second round that a preferred tenderer is identified and contractual negotiations commence, followed by acceptance testing and evaluation to ensure the assets can do what they are required to do—if they cannot meet the validation and verification requirements, the deal does not proceed to the execution of contracts.

On 26 April 2016, only fourteen months after the evaluation process had commenced, the successful submarine partner was announced by new prime minister Malcolm Turnbull (a strategic partnering agreement would subsequently be signed on 1 March 2019, with a separate contract in place for an integrated weapons system to be used in the newly designed submarines). To the very great surprise of the competitive Japanese consortium, a French company, DCNS (now Naval Group), had secured the contract to build the submarines, on the condition that it do so in Adelaide. The problem was that DCNS, jointly owned by the French Government and global arms manufacturer Thales, was tainted by well-publicised probity issues, including persistent allegations of bribes and security breaches. Even the most basic search of online information would have raised red flags, including reports that eleven of the company’s employees were killed in revenge for unpaid kick- backs in Pakistan and corruption involving French officials. Since 1997, DCNS has reportedly been involved in five major corruption scandals, three of them reported before its selection to design our sub- marines—two more scandals involving allegations of murder and the compromise of information continue to swirl around the company. And in Australia, Naval Group is suspected of grossly over-inflating invoices by tens of millions of dollars on other projects.22

Corruption risk in a multibillion-dollar national security project involving new, classified, proprietary technology, and attracting the interest of foreign defence and intelligence agencies, is clearly a relevant consideration for the purchase of defence assets, due to the potential for the theft of critically sensitive infor- mation and for the technology to be compromised by the thousands of foreign contractors and sub- contractors engaged on the project. A new standard for the prevention of bribery, released in 2016 by the International Organization for Standardization, should have been given serious consideration in the context of a broader recognition of the risk of a national security breach.23

In early 2020, the ANAO conducted an audit into the selection process, including the probity procedure. The auditor’s report found that the Department of Defence had effectively designed and implemented the evaluation process to select a partner for the submarine program.24 The report made no reference to anti-corruption due diligence being undertaken by any agency, and it appears none was undertaken on any of the preferred partners either. The evaluation process, it turns out, was never intended to assess either the capability of the end product—the submarine—or whether the total cost of the project was value for money. It was intended for one purpose only: to select a project partner in time for the July 2016 federal election campaign.

Now, more than six years after Tony Abbott’s initial announcement, the failure of the evaluation process is abundantly clear. Standard defence purchasing principles and risk-assessment processes were apparently abandoned. No-one checked to ensure that local jobs and materials were locked in, and few of the promised jobs have been delivered. It was not even clear that the project was technically feasible. Furthermore, the cost has now blown out, according to evidence presented to Senate estimates, with the final price of the submarines and their weapons systems expected to exceed $145 billion in what is known as ‘turned- out’ dollars—and over the life of the submarines, the cost is thought to end up in the region of two to three times this sum. The first submarine is not due for completion until 2032, although the audit report says it will be 2034.

Furthermore, the Japanese consortium understood it had lost the contract because of political expediency, creating tensions in international relations. And Australia is now indebted to a partner company facing serious corruption allegations.

Promises of defence spending in the order of millions, if not billions, are routinely scattered around marginal seats like confetti during election campaigns. Arms dealing has been heralded as the next economic boom for Australia. Former ministers have been appointed to key advisory and well-remunerated consulting roles to arms manufacturers, leading to further acquisitions and the subversion of tender processes. Risk assessments and compatibilities are overlooked, money is spent on materiel that is ill suited to defence purposes, and our defence capability is compromised. Only last year, Thales Group persuaded the Attorney-General’s Department to redact parts of an Auditor-General’s report on national security grounds. The report was critical of the purchase of light army vehicles from the aerospace company after intense lobbying for $1.3 billion, twice the price quoted by a US manufacturer, with the resulting loss of hundreds of millions of dollars of public funds.26

The most galling aspect of it all is that billions of dollars of our money was used to save a former prime minister’s neck. It’s an awfully expensive price tag for ambition.

This is an extract from Easy Lies & Influence by Fiona McLeod released in August as part of the ‘In the National Interest’ series published by Monash University Publishing. 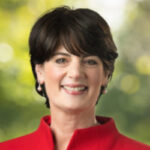 Fiona McLeod AO SC is a senior counsel practising at the Victorian Bar and the chair of the Accountability Round Table. She is a former President of the Law Council of Australia and Chair of Transparency International Australia. She was a Labor candidate in 2019. Her book Easy Lies and Influence is available from Monash University Publishing. @FiMcLeodSC @AccRoundTable