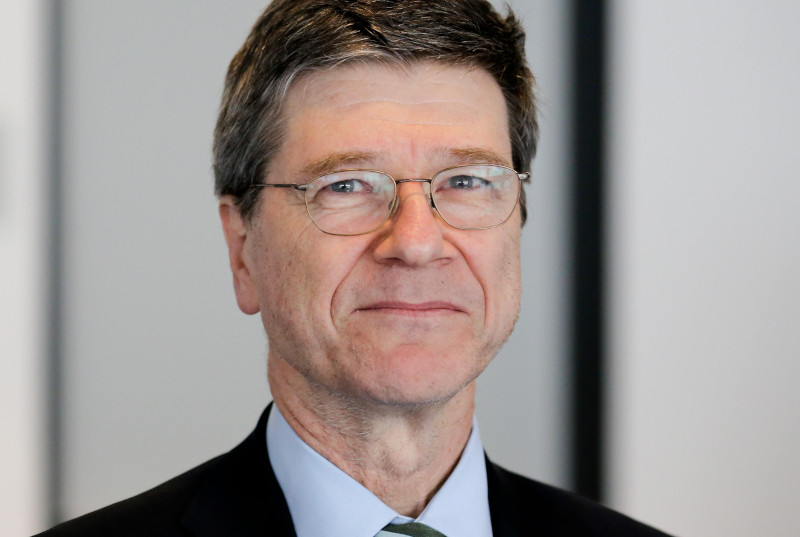 Jeffrey Sachs, who has been named this year’s Tang Prize laureate for Sustainable Development, has urged Taiwan and China to commit to dialogue to find a peaceful resolution in the midst of rising tensions between the two sides.

“We need dialogue urgently, because if it’s only taking the worst of the other side and that is what’s happening right now, we will get into an escalation cycle … we are in an escalation cycle that’s very dangerous,” Sachs said via an online livestream at the 2022 Tang Prize Forum series held at National Cheng Kung University in Tainan on Monday.

Sachs was asked by Taiwanese scholars what advice he had for the tangled relationship between Taiwan, China and the United States, particularly after U.S. House of Representatives Speaker Nancy Pelosi visited Taipei last month.

Tensions have been shaky across the Taiwan Strait following Pelosi’s visit, with unprecedented military drills held by Beijing and Taipei trying to drum up support from the international community.

However, Sachs said he believes dialogue is the best option as it will allow everyone involved to understand the respective positions, interests and security needs of the other sides.

“I hope I’m not naïve in believing that there is an absolutely peaceful and mutually constructive approach, that is my strong view. And it’s not only my hope, it’s also my understanding but we’re not naturally gravitating towards that right now because there is very little trust and very little discussion,” Sachs said.

Citing the war in Ukraine, Sachs said the incident has exacerbated the distrust of his compatriots in the U.S. government.

Sachs said he believes it is important that all sides aim for cooperation instead of actions that are provocative or dangerous because the economic cost of the loss of trust are extremely high, citing the benefits of having an integrated power grid for North East Asia.

“There’s no reason that Taiwan cannot power itself with Gobi Desert renewable energy, because there could be a regional grid,” Sachs said. “But this requires trust, this requires a sense of security and national security, and that trust doesn’t exist right now.”

Further elaborating, Sachs said the distance from Xiamen in China to Taichung in Taiwan is about 250 kilometres.

“That’s a pretty routine submarine cable, so one could, if there were a high level of trust, connect the mainland and Taiwan power grid and make all sorts of solutions that don’t exist right now,” Sachs said.

A global leader in sustainable development, Sachs won the biennial Tang Prize this year for “leading transdisciplinary sustainability science and creating the multilateral movement for its applications from village to nation and to the world,” according to the award citation released by the Tang Prize Foundation.

Sachs, who is from Detroit, Michigan, is widely recognised for his bold and effective strategies to address complex challenges such as extreme poverty, human-induced climate change, international debt and financial crises, national economic reforms, and the control of pandemics and epidemics.

In addressing complex issues related to global sustainable development, Sachs combined the fields of global economics, public health, equity and sustainability to pioneer a multidisciplinary approach to solving these problems, transforming sustainable development into an integrated field of study and practice, according to the foundation.