Eddie Maguire stumbled badly, but it was an organisational failure

The Collingwood CEO’s response was a textbook case of what not to do. Here are some pointers for what an organisation faced with having to report bad news should do.

When a reputation crisis strikes it’s usually pretty easy to identify a scapegoat. And it’s never easier than when the chosen fall guy has a history of high-profile gaffes and stumbles. But finding someone to blame can simply mask deeper organisational failures.

That certainly seems to be the case with the leaking of a damning report into systemic racism at Melbourne’s Collingwood Football Club. President Eddie Maguire found himself at the centre of a storm of outrage when the report exposed “egregious structural racism” at Collingwood and he unwisely told a hastily assembled media conference it was “a historic and proud day” for the club.

Amid calls for his immediate resignation, the gaffe-prone club President apologised the next day, but by then the damage was done.

Maguire quit a week later, claiming he had become a “lightning rod for criticism”. However, the whole fiasco leaves some clear lessons for any organisation faced with having to report bad news.

Don’t commission an inquiry without knowing what to do with the report. Collingwood deserves credit for hiring independent experts to investigate allegations of racism in the club. However, while any organisation that commissions an inquiry seldom knows exactly what will be disclosed, you should already have a broad understanding of what may be found, and be ready to deal with the report when it comes – well before the inquiry is concluded.

Don’t sit on bad news. The report on racism at Collingwood was apparently tabled at the club early in December and was leaked two months later. Bad news never improves over time, and sitting on a negative report inevitably invites someone to leak it, which is exactly what happened at Collingwood.

Have a communication plan. We will likely never know what communication plan had been developed for the release of the racism report, or if there even was one. The report was eventually leaked, yet club management had weeks to plan communication, develop appropriate messages, and organise stakeholder outreach. And how to deal with a premature release should have been one of the contingencies in any such plan.

Choose your spokesperson well. Your spokesperson needs to be chosen on the basis of competence, not simply job title, especially when reputation is at stake. While Eddie Maguire has been the “public face” of Collingwood for many years, his history of ill-judged comments in relation to race made him a poor choice to lead the media conference on such a sensitive issue.

He undoubtedly needed to be present and available to answer questions. But perhaps another senior official or Board member should have taken the lead. In the event, the outcome was media coverage focused almost entirely on the regrettable performance of the President rather than on the club’s response.

Don’t contradict your own report. The ill-prepared Maguire tried in vain to dispute some of the inquiry’s main conclusions. As a result, one devastatingly effective news analysis simply listed damaging quotes from the report alongside his tone-deaf statements. Selectively disagree if you must – and provide reasons – but outright denial will never be effective.

Say you are sorry. Regardless of how hastily the Collingwood media conference was convened, message No. 1 should have been an expression of regret. Journalists and commentators were quick to point out that Maguire was defensive and did not once say sorry. That fundamental rule of crisis communication was reinforced when 150 athletes at the club, supported by the staff, signed an open letter that began with that vital word – sorry.

While the case of the Collingwood Football Club may be a local issue that will soon fade away, hopefully some lessons for reputation management will be learned. 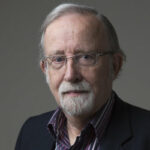