The report by Fairfax’s David Wroe of a potential Chinese military presence on Vanuatu sent alarm bells ringing for many. Prime Minister Malcolm Turnbull said a Chinese military base in the region would be ‘of great concern’ and Australian diplomats met with Vanuatu officials last week to find out more details. 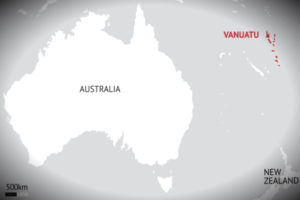 Wroe’s story was dismissed by multiple Chinese sources and Vanuatu Foreign Minister Ralph Regenvanu said ‘No-one in the Vanuatu Government has ever talked about a Chinese military base in Vanuatu of any sort.’ Subsequent reports suggest it’s more likely to be a space facility with military implications.

Regardless of the veracity of the story, we know that countries like China and India have been using soft power to expand their influence in the region at a time when Australia’s foreign aid is at a historic low.

This week Minister for International Development and the Pacific Concetta Fierravanti-Wells defended attacks by the Labor party about Australia leaving Pacific nations vulnerable to Beijing’s influence, arguing 80 per cent don’t support increasing foreign aid spending. But shouldn’t our strong economic status rouse us to play a leadership role in the region? And it wouldn’t harm politicians to bolster this notion to voters.

Australia has drastically decreased its donor generosity over the years with successive governments using foreign aid cuts to gain budget savings. Recent OECD figures show Australia has fallen behind for the third year in a row from 17th to 19th and our current donor rate of 0.23 per cent of Gross National Income means we lag badly behind the median aid donor (which gives 0.29 per cent).

China and India are rising global powers — thanks to a burgeoning middle class, huge export markets and military might — so why wouldn’t they take the Western retreat from the Pacific as an invitation to dance? But their support comes with a crippling debt levels and the potential for a favour to be called in down the line.

Professor Clive Hamilton, who warned of this kind of grab for power in his controversial book Silent Invasion, told the Conversation that even he was shocked at how quickly it seems to have eventuated. He argues the west’s failing commitment has ‘made it easy in the Pacific for the people’s republic to move in and gain influence because we have neglected what is after all our strategic backyard’.

“There’s no such thing as a free lunch — any form of aid comes with an expectation that the recipient is friendly to the donor’s national interest. It’s the extent to which this friendship may be tested that raises eyebrows about China.”

While serious conversations are needed about interference in any democracy or society, Tseen Khoo says in light of the ‘yellow peril’ taint in Australia’s history sensationalist tone and language that highlights the ‘Chineseness’ of the threat may only inflame tensions.

The Australian Agency for International Development (AusAID) was founded under the Whitlam government in 1974, to provide policy advice and implement overseas aid policy. But in 2013 the government integrated the work of AusAID into the Department of Foreign Affairs and trade (DFAT). Mention the disbanded department among senior public servants and they’ll ask if you mean ‘WasAID’.

Former DFAT secretary Peter Varghese had a tough message at the time of the merge: it would ‘be a model with a bias towards integration rather than running aid policy and aid programs separate but sort of co-located’. Interestingly, in the years surrounding the scuttling, AusAID procurement was opened to international firms and aid was untied from the least developed countries.

When Alexander Downer introduced the 2006 White paper on aid he stated the objective of our program was: ‘to assist developing countries to reduce poverty and achieve sustainable development, in line with Australia’s national interest’. However the subsequent changes linking resource allocation to performance criteria set up a Hunger Games-style system where countries competed for aid funds. This strategy, coupled with an appetite for stories about the dangers of foreign influence, have led critics like Dan McGarry to arguethat while Canberra decides ‘Beijing listens’ and provides.

Australia’s aid commitment has pivoted from engaging at a local level to fund infrastructure development, to a more holistic approach of developing programs to promote long-term economic growth and improved targets for health and education levels. On paper this is a responsible and sustainable shift. Fierravanti-Wells describes the funding of new roads, wharves, airports and stadiums as financing useless ‘white-elephants’, and Wroe refers to it as ‘sexy’ aid. But for the peoples of developing nations these projects are necessary for their stability and prosperity.

Lowy Institute data shows China has diplomatic relations with eight Pacific island countries — the Cook Islands, Federated States of Micronesia, Fiji, Niue, Papua New Guinea, Samoa, Tonga, and Vanuatu. These nations have racked substantial debts in the hundreds of millions — or according to some sources, even billions — of dollars.

While Australian aid programs use concessional loans, which typically have below market interest rates, and development grants, which require no repayment, the Chinese government is reluctant to release information about the size of loans and repayments. But there’s no such thing as a free lunch — any form of aid comes with an expectation that the recipient is friendly to the donor’s national interest. However it’s the extent to which this friendship may be tested that raises eyebrows about China.

Public servants say a level of cultural cringe between DFAT and the merged AusAID is still relatively strong. To the outsider, the more obvious tension is the change in mission and rhetoric of Australian aid from reducing poverty and inequality to promoting self-sufficiency. On one hand, this seems an appropriate response to criticism of colonialist meddling by those seeking to impose Western structures on other nations, but on the other hand, it is problematic in that it implements market-led solutions and democratic goals on fundamentally different countries.

With the budget released in a few weeks it will be interesting to see if concerns about China’s growing influence in the Pacific are factored in to the announcements. But if recent history is any predictor we’re more likely to see fears channeled into more regulations that dog whistle about Chinese investment in Australia than changing priorities in aid commitment.

This article was first published in Eureka Street on the 18th of April, 2018.

Eliza Berlage is a Canberra based journalist and podcast producer with a background in sociology. She currently works in the Parliament House press gallery as a researcher for The Conversation’s chief political correspondent Michelle Grattan.