A crucial aspect of Australia’s long-term economic recovery and growth will be filling the chasm in the labour market at the intermediate skill level – a chasm caused by a decade of irresponsible and ultimately damaging fascination with privatising Vocational Education and Training.

It’s good to know we lead the world in something beyond the export of coal and gas. But it is not something we should be proud of. As a country we have one of the largest imbalances in skill level in the workforce, an imbalance that is condemning large swathes of the population to insecure, low-skilled work for long periods of time.

Australia ranks 6th out of 35 nations for the most university graduates (41% of the population) according to an OECD labour force survey of 25 to 64-year olds. For our proportion of low skilled workers, we sit bang in the middle, at the OECD average of 24%.

But for intermediate skills, we languish in 29th place out of the 35 nations surveyed, with only 35% of our workforce with such skills. Compare this with powerhouses such as Germany, with 58% of its population trained at an intermediate level and just 26% holding university degrees. Similarly, Sweden’s intermediate skills workforce sits at 52% and Switzerland’s at 50%.

Yet Australia’s growth industries are expected to be in areas requiring intermediate skills such as health care, social assistance, construction, education and training, and scientific and technical services. Intermediate jobs include site supervisors, lab technicians, nurses and childcare workers, to name just a few. These jobs are not gender specific and not age-related.

To fill the demand for an intermediate skilled workforce over the years, Australia has long relied on migration.

Here are some other facts about employment in Australia. Young people with medium and high-level qualifications (university graduates) work increasingly in low-paid employment. The increase since 2006 was larger than the OECD average. We have one of the highest shares of employees working in short, part-time jobs among OECD countries (13%). And 25% of Australian workers (one in four) are employed casually.

So it’s unfortunate that the government’s recent budget announcements of yet more wage subsidy schemes – the apprenticeship wage subsidy scheme and the $4 billion Jobmaker Hiring Credit scheme – will only exacerbate this situation.

Jobmaker is being promoted as a solution to the astronomical rate of youth unemployment, which was disastrous even before the pandemic and has only worsened in recent months. In December 2019, the unemployment rate among those aged 15 to 24 was 11.5%, more than double the rate of the adult working population (5.1%.). Youth unemployment is a major social issue for most OECD countries.

Jobmaker is an employer subsidy scheme: it offers $200 a week to those who hire someone between 16 and 29 and $100 a week to hire someone between 30 and 35, provided the person has been on Jobseeker, youth allowance or parenting payment for a least one of the previous months. The employee has to work at least 20 hours per week if the employer is to attract the subsidy.

But the last thing Australia needs is a focus on subsidising low-skilled work, which is effectively what the Jobmaker scheme will do. There is no evidence anywhere in the world that supports the proposition that employer incentives lead to an increase in skilled employment.

The subsidised jobs are likely to be found in low-skilled areas, such as jobs in fast food outlets, supermarkets and retail. The lack of incentive, or need, for these employers to encourage or facilitate upskilling means that these insecure, low-paying jobs are no stepping stone to a better career or further qualifications. They may be jobs for life.

Then there’s the apprenticeship wage subsidy scheme (“Boosting apprenticeship commencements”). Governments target apprenticeships because they are popular with the public. Yet the drop-out rates are high, at about 40-50% for traditional apprentices, mainly because of employer-related issues.

Traineeships are also called apprenticeships. While traineeships in areas such as retail, hospitality and so on achieve better completion rates than traditional apprenticeships, the continuing employment rates are terrible – especially after the government subsidy cuts out.

Another difficulty with apprenticeships, unlike other educational programs, is that participation is conditional on the person first obtaining employment.

In recent years, students completing year 12 but not going on to university have chosen low-skilled employment rather than continue their education in VET. Such jobs at least gave them some disposable income and enabled them to stay engaged with the community. However, such jobs are going to be ever harder to find now. There are already 13 jobseekers for every job vacancy.

People leaving Year 12 will be competing with people who are already on Jobseeker and who will no doubt get priority with employers eager for the $200 subsidy per worker. What a terrible message to send to youth – that they first have to go on unemployment benefits before they are likely to be offered a job.

The overwhelming focus on university education, in the hope that this would lead to more demand and productivity improvements, has also not transpired. In fact, even before the huge investment in expanding access to university places, productivity was declining even though the number of graduates was going up.

But there is another way. With 2.5 million people currently unemployed or underemployed, Australia desperately needs a strategy that enables people to re-engage with education while simultaneously offering an income. A crucial aspect of Australia’s long-term economic recovery and growth will be filling the chasm in the labour market at the intermediate skill level – a chasm caused by a decade of irresponsible and ultimately damaging fascination with privatising VET.

The best defence against the impact of the pandemic and automation on the unemployed is to invest in broad-based education and provide students with financial assistance while studying.

The concept of a stipend while studying is similar to the strategy developed by the Commonwealth and state governments in the ‘60s and ‘70s in the form of scholarships and studentships. These encouraged unprecedented gender and socio-economic diversity in our tertiary institutions. Along with an expansion of tertiary places, the strategy underpinned the nation’s economic growth for decades.

In an earlier article I discussed the Mackenzie Research Institute’s position paper that proposes the development of a “Diploma of Professional Studies” that supports studies in high-growth industries.

The diploma targets young people who may have missed out on developing their full educational potential because of disruptions caused by the pandemic. However, it would be of equal value to adults who are unsure of their academic capability.

Further details of the proposal can be found here.

Providing opportunities for the forgotten groups who are likely to fall by the wayside as a result of the pandemic would also increase Australia’s productivity base. Some of the $4 billion would go a long way to assist the strategy. 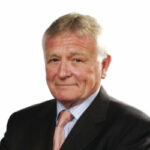 Bruce Mackenzie was the CEO of Holmesglen TAFE, one of the nation's biggest providers of VET, for 31 years. He is now the chief researcher at Mackenzie Research Institute, which was named in his honour. He continues to be one of the country's strongest advocates for the TAFE system.