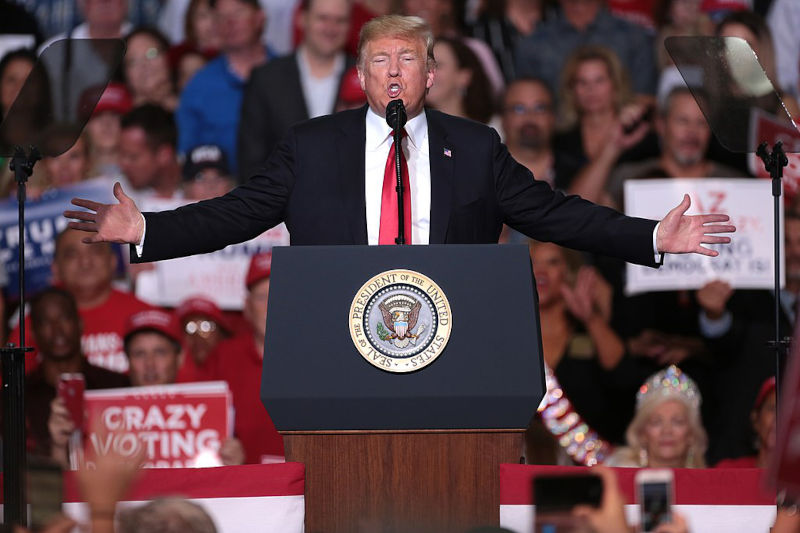 Has the Republican Party gone completely rogue and is the American experiment beyond repair?

Very recently, President Biden claimed that Trump’s philosophy was like “semi fascism” and that Republicans influenced by Trump were a “threat to democracy”. Shortly after, former President Trump said that Biden was a vicious, divisive “enemy of the state”. Michael Hirsh maintains in a forceful new article, “Why Trumpism Will Endure”, in Foreign Policy, that “the only real question remaining is whether, with [the Republican Party] gone completely rogue, the American experiment is beyond repair?”.

Hirsh contends (as he reviews several new books) that Trump took control of a party that had already destroyed itself. And that ruination, according to this accounting, traces back around 30 years to the angry Republican populism of Pat Buchanan and Newt Gingrich. Today, following the unwavering, malevolent employment of internet tools, the Republican Party has become “little more than a Trumpist cult”, says Hirsh, adding that: “Any way you want to define ‘mob’, this is mob rule”. Hirsh also observes how Biden has adopted much of Trump’s “America First” programme even while he condemns the Trump movement as semi-fascist.

In an essay in Foreign Affairs, in 2018, Francis Fukuyama expressed profound concern about “New Tribalism” and the crisis of democracy gripping the US. According to this latest, extended critique by Hirsh, the challenges identified by Fukuyama are, four years later, graver than ever. You can read the full essay by Michael Hirsh here.