Environment 2022: let’s put the blah blah behind us and demand change 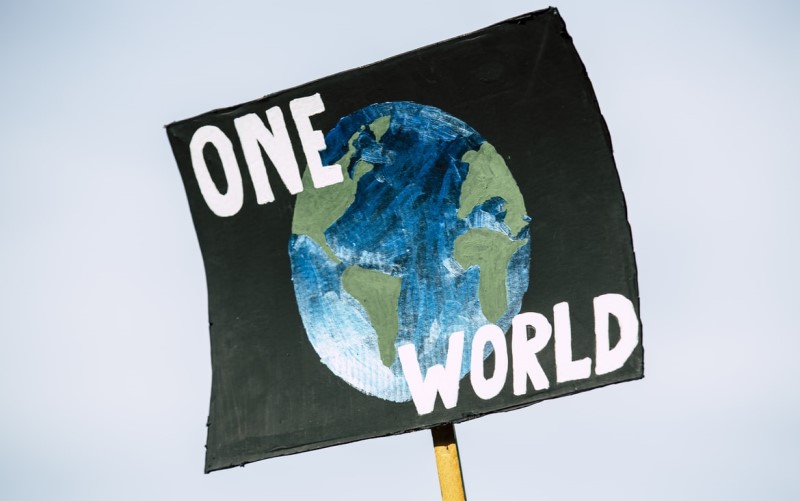 The cheery end-of-year messages from climate activist groups didn’t resonate with me. The reality is that we’ve run out of time for dangerously comforting delusions about our “achievements”.

It is overdue time to tell the full appalling truth and act with the urgency and radicalism that extinction of our species forever demands.

Despite the drought and bushfires of 2019-20, flooding around the globe in 2021, extreme storms, droughts, crop failures, starvation, conflict and mass migration from the most climate compromised regions, we have failed to break through the complacency and ignorance, of our populations, governments, corporations and institutions; internationally, nationally, at state, territory and local levels. The climate emergency is not being treated like the real, global apocalyptic event that it is.  We are ignoring the signs.

We have only a few years until the last 6 of 15 climate feedback loops are triggered, that will see our climate spiral out-of-control to unsurvivable 4 to 6 degrees of warming. So here’s my take on 2021:

My definition of science is “the truth that remains true whatever anyone believes”.  Science is never 100 per cent certain, but always improving.  No subject has ever been studied with more rigour and reached such conclusive expert consensus as climate science.  The climate emergency demands precautionary action even where there is uncertainty but we are STILL in denial.

Greta Thunberg’s forecast was unerringly accurate: it was blah blah blah and agreement to try harder at some future time.  As with Covid, our political class is incapable of accepting science. They trust that their beliefs (hopes and prayers) will triumph over nature and over science.

The only beneficiaries of delay are foreign owned fossil fuel corporations, the largest donors to our 2 main political parties. No nation tries to cheat more egregiously than Australia at COP.  The Morrison government shamed us all as a grotesque climate pariah.  Australia is, so thoroughly deserving of carbon border tariffs put onto our exports. (EU, US then Japan, South Korea and China perhaps).

Kurri Kurri gas peaking plant — $600 million from taxpayers ($23 per person) for a gas peaking plant that AEMO says is unnecessary, that will only run for 2% of the time, and employ just 10 people.  The same investment in renewables would employ nearly 3000 people (EY jobs per $ invested).

Showing contempt for the May 2021 findings of the Federal Court in a case, brought by eight schoolchildren, that the minister has a “duty to take reasonable care that young people won’t be harmed or killed by emissions”, Environment Minister Sussan Ley approved the Vickery coal mine extension and then the Russell Vale and Mangoola colliery expansions.

$10.3Bn of subsidies to fossil fuel corporations in 2020-21 – that’s $390 that we are each giving to foreign owned entities that don’t even pay taxes in Australia.

Labor colludes rather than oppose because the fossil fuel corporations “own” our 2 major political parties.

These governments, led by SA and ACT have seen/proved the benefits of a transition to renewable energy and electrified transport for bringing down electricity prices and providing employment.

In NSW, Treasurer Matt Kean has emerged as the climate leader for the Coalition with a host of initiatives, including substantially over-subscribed Renewable Energy Zones.  In Victoria and other states similar initiatives are emerging.

But despite collapse in demand internationally for thermal coal, there has been a surge in new project approvals. 23 new coal projects approved in NSW, 8 new projects comprising 20 new mines in Queensland by 2024 plus Adani — many are grotesque megamines.  Australia has also now overtaken Qatar as the biggest exporter of LNG.  WA is adding five major offshore gasfields.  The Gorgon gas project has been approved for expansion despite failing to operate with carbon capture and storage — an egregious breach of public trust.  In the Northern Territory, LNG production will be expanded for export.

Governments claim that if Australia doesn’t supply the demand, someone else will, but there is already oversupply of coal internationally as nations wean themselves off coal.  With most nations (not Australia) agreeing at COP26 to reduce methane emissions, we can expect a global transition away from gas.  Oversupply of any commodity suppresses prices (and profitability), requiring them to be subsidised and prolongs the life of the stranded asset fossil fuels.  It’s dumb!

The National Construction Code sets the minimum energy and emissions performance for all new buildings in Australia. The code is being updated by consensus of state and territory ministers.  With just a handful of years to radically decarbonise, our code must now mandate that all new buildings are net zero, but only 6* to 7* energy efficiency on a “pathway” to net zero is proposed. This is absurd because net zero emission homes are immediately more affordable for new homeowners and for commercial buildings, net zero buildings are more profitable.  If we are not mandating net zero now, when? The NCC energy provisions were last updated 13 years ago.

Corporations and their investors

For at least four decades, fossil fuel corporations have been sponsoring climate denial, doubt and misinformation in think-tanks and through social and mainstream media with the intention of:

o   Hydrogen (green, blue and ammonia) – even “Green” hydrogen is a delusion until our grid is decarbonised

They are also messaging to undermine effective opposition – many of us involved in climate activism are falling for and boosting  this cleverly duplicitous messaging e.g.:

So what can we do?

The consequences of failure are apocalyptic for our species and 90 per cent of others and there’s little time for the radical changes that we need for a survivable future.  The solutions and technologies are well known and cost-effective.  In Australia, decarbonisation is a no-brainer economically and for jobs  so why be a pariah when we can be a renewable energy superpower)?

If you consider my views extreme or alarmist, please look at the science on compounding feedback loops, look your children in the eyes and ask yourself if it is possible that you have also fallen under the seductive spell of the fossil fuel industries’ complacent messaging?  Also consider how little harm is done if I’m wrong, but if I’m right …! 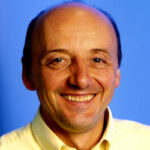