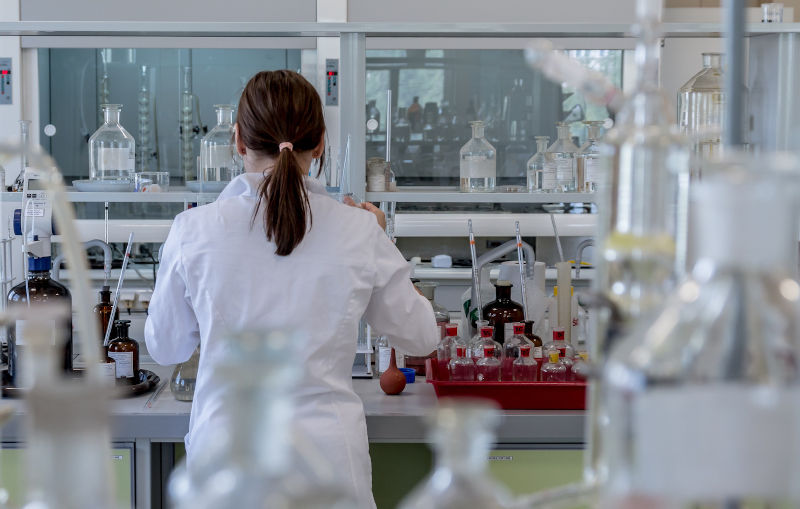 Prescribed drugs,  government subsidies and deforestation are destroying nature. But nature fights back in Ecuador.

We like to think that health services are good for us – and I suppose they are much of the time. But sometimes the treatment does the patient more harm than good and sometimes what’s good for the individual patient may not be good for society and/or the environment. For example, the health services of developed countries have a massive carbon footprint – in the region of 5 per cent of a country’s total greenhouse gas emissions. So the services provided to assist individual sick people may have the perverse effect of harming the health of the population at large. Medications are a major contributor to these emissions. Now we know that they are also ubiquitous polluters of rivers around the world. The pollution arises during manufacturing, following human excretion and as a result of inappropriate disposal.

Scientists looked for 62 active pharmaceutical ingredients (APIs) in 258 rivers in 104 countries across all continents, even Antarctica, and concluded that ‘pharmaceutical pollution poses a global threat to environmental and human health’. This is based on:

But does this pollution matter? It’s stating the bleeding obvious but worth remembering that medications are designed to change human and other organisms’ metabolic processes, the chemical reactions that govern who we are and how we function on a day to day basis. And there is immense overlap in the genes of different species. Chimpanzees, bonobos and humans share over 95% of our genetic material and the overlap with fish is about three-quarters. So it’s not surprising that drugs designed for humans have been found to, for example, feminise fish (oestrogens), increase the susceptibility of fish to predation (psychiatric drugs), and even induce addiction in fish (methamphetamine). The major threat to human welfare, however, almost certainly arises from the induction of antibiotic resistance, an already major and growing problem.

We are well aware that Australian governments continue to bulldoze bucket loads of money into the bottomless pit of avarice of the fossil fuel, agriculture, logging, mining and forestry industries … and more. However, they are not alone in funding environmental destruction. Between them, governments of the world spend at least US$1.8 trillion a year on environmentally harmful subsidies; fossil fuels and agriculture getting two-thirds of the pie. This is not the cost of all subsidies to industry, just the subsidies that are polluting the air, land and water, destroying ecoystems and causing the extinction of species, including us. You can think of it as “2% of global GDP financing our own extinction”.

Environmentally Harmful Subsidies (EHS) are defined as government programs that encourage unsustainable  production or consumption, and harm nature by exhausting natural resources, degrading global ecosystems and damaging planetary health. They take many forms: cash payments, credit, liability caps, tax breaks, regulatory exemptions or the provision of good or services at favourable prices. It doesn’t take any great mind to work out what reforms are needed: greater transparency and the disclosure of all subsidies; redirecting harmful subsidies to supporting social needs and local livelihoods, protecting nature and ecological restoration; and a rapid transition that provides justice and equity to affected communities. 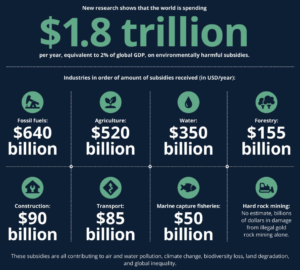 In 2010 at the UN Convention on Biological Diversity (like the climate change COP but for biological diversity), 190 countries committed to phasing out subsidies harmful to biodiversity by 2020. As you’ve just read, that has been a great success. There are three more opportunities for countries to start tackling the problem this year. First, there’s the next Biological Diversity meeting in China in April-May. Then there are the G7 and G20 Leaders’ Summits in June and October. And finally, there’s the next climate change COP in Egypt in November. I’m not holding my breath for any effective measures emerging out of any of them though.

I’ve written previously about the slow but encouraging increase in the number of countries with “rights of nature” laws – constitutional or legal provisions that confer enforceable rights on nature at large or rivers, forests and other ecosystems more specifically. In 2008, Ecuador was the first country to give nature constitutionally protected rights when it included “Rights of nature” articles in its new constitution (people can vote from the age of 16 in Ecuador which might have been significant). These provisions have been largely tokenistic until recently when several cases have come before the courts. The most significant is the ruling last December of Ecuador’s Constitutional Court (similar to our High Court) in the Los Cedros case. I’m no lawyer but I’ll try to explain it to the best of my understanding.

In 2017, the Ecuadorian government issued a permit for the state mining company (and its Canadian partner – another example of Canada’s environmental duplicity) to explore for gold in Los Cedros Biological Reserve. The reserve is a wet tropical forest and cloud forest containing Indigenous territories, tremendous biodiversity including many endangered species, and the head waters of several rivers. The main question before the Constitutional Court last year was whether activities permitted by the state in ecosystems containing species threatened with extinction violated the constitution’s requirement for the state to apply precautionary measures and restrictions on activities that may lead to the extinction of species. The court ruled that the government had not adequately checked the ecological impacts of the exploratory activities before issuing the permit and had not met its constitutional obligations. Rather, the government had followed its historic practice of acting within Ecuador’s environmental law which sets a low bar for the issuing of permits. But the court said that the constitution requires the government to apply a precautionary approach and should have procedures in place to deliver this.

The decision doesn’t stop all activities that might harm the environment but it does impose an obligation on the government to investigate applications properly and apply a precautionary approach. In summary, if the Los Cedros permits had been challenged under environmental law, the challenge would have failed, but because the challenge involved a contravention of the constitution, it succeeded.

Finally, returning to the significance of the Canadian partner, there’s a possibility that the case may now go to investor-state dispute settlement (ISDS). Talk about rigged kangaroo courts. If you don’t know much about this clause in many so-called “free” trade agreements, see what Pat Ranald told a Senate Committee.

Mapping the loss of peatland in SE Asia

I highlighted the serious threats to peatlands last week. What I didn’t realise is that over half of the world’s peatlands are found in southeast Asia, particularly Indonesia and Malaysia. Unfortunately, over the last 30 years 25 million hectares of these tropical peatlands have been deforested and drained for agriculture, especially oil palm trees, and of the remaining 24 million hectares only 6 per cent of the peatlands remain untouched. As well as storing enormous amounts of carbon, peatlands also help to regulate waterflow by holding it during the wet season and slowly releasing it during the dry, provide habitat for many endangered species of animals and plants, and supply livelihoods for local communities. Drained peatlands are also prone to fires that can spread below the surface and become difficult to control, turning the peatland into a source rather than a sink for carbon. Detailed mapping of the remaining peatlands using satellites, light aircraft and on the ground measurements is seen as one way to better understand and protect them. 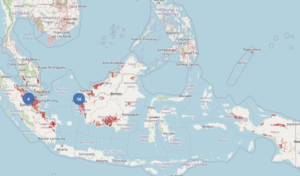 Sorry if you saw this nine months ago but I’ve only just beecome aware of it. Plus, it’s another opportunity to give a plug for one of my favourite books: Are we smart enough to know how smart animals are? by Frans De Waal. 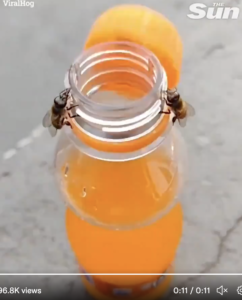