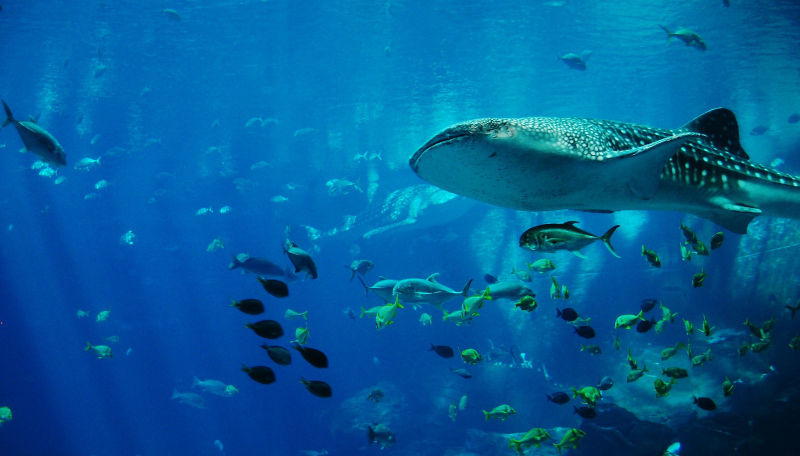 Ways to reduce steel and cement emissions now. Climate change predicted to increase the spread of viruses from other mammals to humans and affect the ability of marine mammals to communicate.

Reducing the emissions of steel and cement

It’s well known that the production of steel and cement are energy-intensive, high CO2-emitting processes – together they generate almost 14 per cent of global CO2 emissions annually. This is attributable to the enormous volumes of each that are used each year (concrete is the second most consumed product globally, after clean water), the high heat required for their production and the CO2 generated by the chemical reactions involved. It’s equally well-known that they will be two of the most difficult and last processes to decarbonise.

Perfection (zero emissions) must not be allowed to be the enemy of the good (reduced emissions) in the short to medium term, however. Action is possible to reduce emissions now and even more so in the near future: 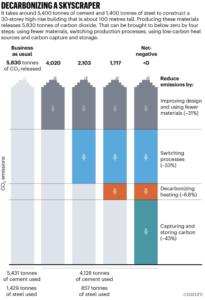 At least 10,000 viruses have the potential to infect humans but most are currently circulating silently in wild animals. Individual case studies have indicated that increasing contact between wild animals and humans has led to novel infectious diseases in humans (such as Covid) as a result of the spill-over of viruses from non-human animals to humans. This has largely resulted from human activities encroaching further and further into areas where humans have previously seldom ventured and encountering previously geographically isolated wild animals and their live-in viruses.

Computer modelling has now provided supportive evidence for the hypothesis that climate change will be, and probably already is, a significant factor in the spread of harmful viruses not only from other mammals to humans but also between non-human mammal species, threatening their health and survival. Currently only 7 per cent of mammals share any geographic range and only 6 per cent are known to share one or more of the same virus species. As global warming increases many mammals will move pole-wards and/or to higher altitudes and, in combination with land use change, this will lead to previously geographically separated mammal species coming into contact. The likelihood of a virus spill-over event between two mammals will depend on opportunity (do their ranges overlap?) and compatibility (are they similar species that share immunological traits?). Currently, however, because of the immunological differences between species, even among mammals in close contact the chance of a successful spill-over is low.

The modellers identified potential hot-spots for viral sharing under various climate change and land use scenarios using a measure of the evolutionary relationship between species and projections of warming-induced geographic range shifts for 3,139 mammal species. The model predicts that mammal species will aggregate in new combinations at higher altitudes, in biodiversity hotspots and in areas of high human population density in tropical Asia and Africa. The tendency for mammals to move pole-wards in bands will limit encounters between previously geographically separated mammals and hence restrict the emergence of spill-over hot-spots in higher latitudes. Because they seem to tolerate viruses well and have the ability to fly long distances rapidly, bats are involved in the majority of new cross-mammal viral sharing events, particularly sharing to humans.

The researchers emphasise the need to track viral transmissions not only from mammals to humans but also among mammals, particularly in transmission hot-spots, and to develop guidelines for global data sharing to identify and respond to problems rapidly.

We all know that the underwater world is not silent. Marine animals use sound in a variety of ways. Most notably, marine mammals, particularly those in the whale and dolphin family, are very vocal and use sound to communicate with each other – for instance, to maintain relationships, mate, navigate, find and catch food and establish territorial borders. I don’t know about you but it hadn’t occurred to me that warmer, more saline oceans, as a result of global warming, will change the speed of sound in water and that this may affect the ability of marine mammals to communicate. The speed of sound underwater varies naturally with water depth and salinity and with location and the seasons.

To further complicate matters, researchers have produced a three-dimensional map that predicts the effect of global warming on sound speed (‘sound transmission loss’) in the world’s oceans in 2100. The results show that global warming will increase sound speed, in some locations by a greater amount than the natural variations. The greatest increase (in the 15-20 metres/second range) will be in the Greenland Sea and the north-western Atlantic Ocean. The researchers then considered the effect of these ‘acoustic hotspots’ on the ability of the already critically endangered North Atlantic right whales to communicate with each other and concluded that “these future sound speed variations will affect marine mammals’ communication and other vital activities that rely on sound propagation. [The research] provides a starting point for policies that promote the conservation of marine ecosystems [and] paves the way to investigate the possible combination of such changes with other anthropogenic pressures that might endanger multiple species in the future”.

The NZ government has released for public consultation a Draft Climate Change Adaptation Plan to tackle the risks posed by climate change up to 2028. The Climate Change Minister explained the need for and importance of the plan, and encouraged New Zealanders to have their say on the draft. Regardless of the detailed content of the draft plan, the Minister’s positive, consultative approach is so far away from anything we have experienced in Australia as to seem like NZ is on another planet, not across the Tasman.

At last year’s COP meeting, 40 countries agreed to phase out coal, still the source of 27 per cent of all global energy. The graphic below shows the magnitude of the task of reaching net zero emissions from coal by 2040. Instead of coal powered electricity generation continuing to increase, it needs to start falling right now by 13 per cent per year. Regrettably, I don’t think Albo reads my pearls any more regularly than Scomo did. 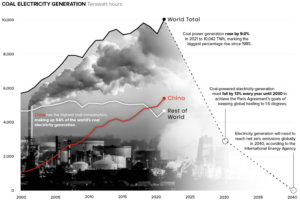