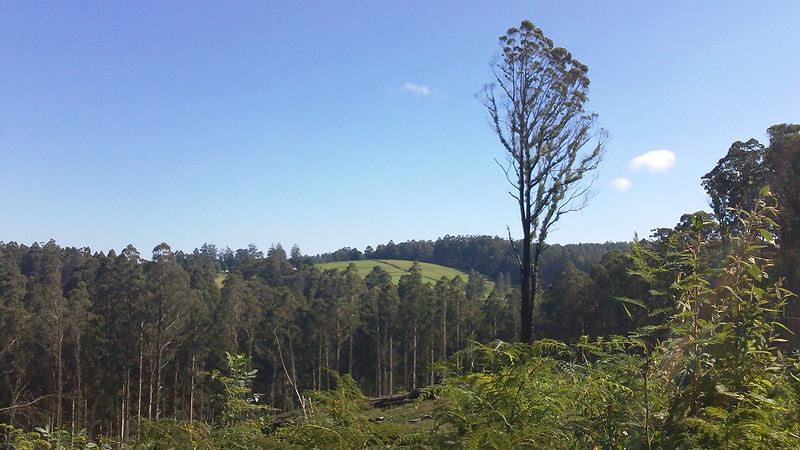 Over the last year I’ve covered stories about logging, legal and illegal, in South America, south-east Asia, central Africa and Europe. Here’s a story about illegal logging in Victoria’s central highlands. It’s a long and somewhat complicated tale – legal and technical issues involving coupes, slopes, percentages and pixels, and several different branches of the Victorian government – but the authors have done a good job telling it coherently. Fundamentally, VicForests is the state-owned company that harvests and sells timber from the state’s publicly owned forests. It’s supposed to make a profit but survives on government subsidies. The Office of the Conservation Regulator (OCR) is the branch of the Victorian Department of Land, Water and Planning with responsibility for enforcing Victoria’s logging laws.

Professor David Lindenmayer and Dr Chris Taylor have produced evidence (based on VicForest’s own data) that VicForests has been logging where it is not allowed to log and that the OCR has taken little if any action when breaches of the legislation have been brought to their attention. Tell us what you think about this, David:

“The whole thing is now a charade.”

“You would have to describe VicForests as an outlaw organisation.”

“It’s bordering on corruption from the agency that is meant to be doing the regulation.”

Still, Victoria’s Environment Minister, Lily D’Ambrosio, is on the case. First, she commissioned an independent review of the OCR’s investigations and said that “the OCR operated within the regulatory framework”, even though the report concluded that the OCR “did not demonstrate a strong, strategic, preventative and intelligence-led approach”. Second, she’s changed to the law to allow previous limits to be breached, although even that would not render some of the previous breaches by VicForests legal.

The red areas in the map below are the places in the USA containing plants and animals at highest risk of global extinction. Not just the flora and fauna of the land but also of the rivers, streams and lakes. Iconic species such as gray wolves and brown bears are not included because they aren’t globally threatened. The green on the map shows areas permanently protected for biodiversity. It’s obvious that most of the red ‘at risk’ areas are outside the green ‘protected’ areas. Perhaps not surprisingly bearing in mind its enormous economy and traditionally politically progressive population, California is the state with the most red and the most green. 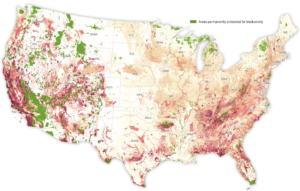 Mapping areas containing globally at risk species and protected areas provides policy makers with information about the best areas to protect either because they are biologically valuable or because they provide a corridor between important areas. About 70 per cent of the red areas in the map are on privately owned land. Detailed mapping also allows landowners, conservation groups and government (for instance with tax incentives) to work together to prevent extinctions. It’s also important not to forget the areas that don’t contain many at risk species. They soon will if habitat loss and destruction within them continues.

The threatened Cassia Crossbill, featured in the linked article above, is found in just one county in Idaho. 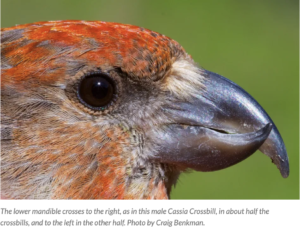 Two significant international agreements were made in 2015. The UN established the Sustainable Development Goals (SDGs). SDG1 includes eliminating extreme poverty and halving all poverty by 2030. Second, as we well know, by signing the Paris Agreement countries committed to keeping global warming well below 2 degrees Centigrade. So, big questions: 1) will poverty alleviation conflict with climate change mitigation, and 2) can we lift millions of people out of poverty while keeping carbon emissions under control? Bottom line … yes, it is possible to lift more than one billion people out of poverty (mainly in Asia and sub-Saharan Africa) while increasing global carbon emissions by less than 2 per cent. But to keep global warming under 2 degrees C, high-emitting countries and individuals need to reduce their emissions substantially.

First, let’s look at individuals’ carbon emissions in relation to their income. Carbon emissions are just like money: they are extremely unevenly distributed among individuals. There are a million people in sub-Saharan Africa whose per capita emissions are less than 0.1 tonnes of CO2 per year. And there are more than half a million super-rich individuals worldwide who are each responsible for emitting hundreds of tonnes of CO2 per year. The national average in half a dozen sub-Saharan countries is under 0.2 tonnes per person per year. To stay under 2 degrees, the global average needs to be about 2 tonnes per person per year. In 2014, it was 3.2 tonnes. 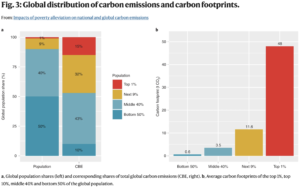 Now, let’s return to the central question about relieving global poverty while keeping warming under control. Meeting the extreme poverty and all poverty goals of SDG1 would increase global CO2 emissions by up to 2.1 per cent. In the unlikely event that wealthy individuals and countries felt incredibly generous and ensured that all the 3.6 billion poorest people in the world had a daily income of at least US5.50 (a princely sum indeed – I could buy a piccolo latte and have change for that) global emissions would increase by 18 per cent – a fraction more than the collective emissions of the world’s richest 1 per cent (roughly 80 million people).

The study authors conclude: “poverty alleviation is still possible with minor increases in global carbon emissions. [However], the focus on developing countries should not divert attention from the need for drastic emission reductions in high-income countries with unsustainable consumption patterns. Investigating emission patterns of the super-rich is key to reducing carbon emissions”.

What do shark nets net?

Shark nets keep our beaches safe, right? No, not really, and that’s not surprising as they are only 150 metres long and go only 6 metres deep. Forty per cent of sharks caught in the nets are caught on the way out from the beach. Shark nets are, however, very good at trapping and killing other animals such as whales, dolphins, turtles and rays. Education systems and signs on beaches can help protect humans but we’re not terribly good at following such advice. Drone monitoring and personal protective devices provide better protection for people in the water. We need to get rid of shark nets: they don’t protect humans and they inflict a lot of collateral damage. 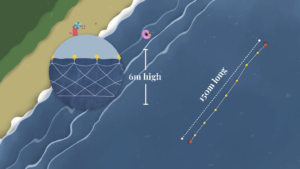 The Finnish Frogfest below wasn’t the overall winner in the Underwater Photographer of the Year awards but it’s my favourite. 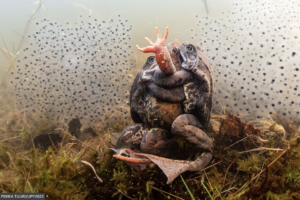 And this article, featuring a new species, peatbogs, frogs and chocolate, is just about my perfect finish to the week.