ERIC HODGENS. Pell and the course that took him to the top

Nothing if not always controversial, and some would say divisive, George Pell is now at a decisive fork in the road. One way could lead to gaol after being sent to trial on May 1st to face multiple charges of sexual abuse. In Pell, we see an ideologue in action. How did he get to here?

During the 1960s a liberal movement swept the Catholic Church.  Pope John XXIII called the Second Vatican Council. It opened the gates of a fortress church to new ideas, new liturgy, new rules. It was a pastoral council. It reversed the tight church control that had become entrenched over the years following the 16th century Council of Trent.

As is well documented, an opposing movement developed, working hard to retain the pre-council policies and rules. So, the progressive/conservative culture wars began in the late 1960s. During the ‘70s, the liberal movement grew strong. But during the ‘80s the conservatives regained lost ground. Karol Wojtyla, who was elected pope in 1978, was focussed on dismantling the liberal changes. He wanted a disciplined church with crystal clear policies in doctrine and action like the one that sustained him in the dark days of communist Poland.

George Pell was ordained for the diocese of Ballarat in 1966. His bishop, Jim O’Collins, was a committed conservative and strongly aligned with Bob Santamaria, the leading lay conservative voice in church and political affairs since the 1940s in Australia. The bishop recruited Pell to his team. He sent him off to Oxford to get a doctorate in order to be able to joust with the progressives on his return. Jim wanted someone who could take on the likes of, among others, Max Charlesworth – a leading Catholic academic and progressive voice in Melbourne. George returned from Oxford as a Conservative Warrior and a protégée of Bob Santamaria.

Pell has remained true to that objective ever since. He has always been a politician – an ecclesiastical politician. His career path took off when he was appointed principal of Aquinas Teachers College, Ballarat in 1974. This appointment introduced him to wheeling and dealing with governments and unions. Ballarat’s Aquinas College became a campus of the newly created Australian Catholic University with Pell as a key participant in the negotiations between church and government. From 1978 to 1986 the papal nuncio was Luigi Brambilla. He was close to Bob Santamaria and would have noticed this rising star so politically in tune with the new pope. By 1985 it was Ballarat diocese’s turn to provide a rector for the seminary. George got the job – another good career step.

In 1987 Melbourne Archbishop Frank Little asked Rome for two auxiliary bishops. He got Peter Connors – his choice and George Pell – Rome’s choice. Rome now had its man in the Melbourne curia. In 1990, Pell was appointed a member of the Congregation for the Doctrine of the Faith (CDF) – the Church’s doctrinal watchdog headed by Josef Ratzinger.

Later, Pell added to his influence in the Church though his appointment to the Congregation for Bishops, ensuring the appointment of tested “orthodox” candidates for the episcopacy. That was especially so in Australia where no episcopal appointment for the last two and more decades has been made without his active promotion or passive permission.

His conservative ideology and warrior style had gained approval on high. This job involved regular participation in Roman meetings and wheeling and dealing in Vatican politics. Over the 10 years that he held that job, Pell became a recognised figure in Vatican corridors.

In January 1996 Archbishop Frank Little went to Rome to negotiate a congenial coadjutor with right of succession. He came home empty handed. Then, the following July he took early retirement. Who was appointed to replace him but Pell? He was installed as archbishop in mid1996.

What had happened? Pell told the Royal Commission into child sex abuse in 2016 that Little had been asked to put in his retirement early. That response shone the spotlight on Pell’s political connections in Rome. Pell denied that Little’s retirement had been negotiated with him.

But whichever way it went, Rome now had their man in Australia’s biggest diocese – and Pell knew about the intrigue. Wandering the Vatican corridors of power at regular intervals had paid off. In 2001 Pell was appointed archbishop of Sydney. He became a cardinal in 2003 and got his job as Secretary of the Economy in Rome in 2014.

Pell’s conservative ideology was highlighted by another sequence in the recently concluded Royal Commission. He claimed that he had been kept in the dark by Frank Little and the Catholic Education Office (CEO) in Melbourne about the background to a notorious sex abuse case involving Fr. Peter Searson.

Pell said he and Little had “quite different approaches to theology”. The CEO knew he was not “cut from the same cloth” as the archbishop. They knew he did not approve of their approach to religious education. He claimed to have cleaned the show up when he became archbishop. This claim is spelt out in an address he gave in Cork in 2011 https://goo.gl/Kv43bb

Journalist Andrew Bolt interviewed Pell shortly after his Royal Commission appearance. “I was a supporter of Bob Santamaria” he said as a reason for the wariness of bishops and priests in trusting him.

Back in the 1950s and ‘60s a large portion of Melbourne priests would also have supported Bob Santamaria. But after the split in the Australian Labor Party (ALP) in 1954 and1955 and the divisiveness it caused, most changed their mind and saw Bob Santamaria’s National Civic Council (NCC) as damaging to the Church as well as the ALP.

“Radical liberalism in faith and morals around the world is destroying the Church” he told Andrew Bolt. He remains the proud, ideological warrior in the style of Santamaria, Wojtyła and Ratzinger. His realization that this set him apart from most priests shows he is aware of the larger liberal wing in the Australian Catholic Church.

Conservatives like Pell still make a lot of noise in the Church in Australia. But the opposing wing is larger and more pastoral. They believe that ideology is the antithesis of genuine faith. The present pope abhors ideology – of right or of left. His model of priesthood is Shepherd-Pastor rather than Defender-Warrior.

But the culture wars are still alive – especially in the Vatican – and Pell has been a major player in them. Isolated back in Australia for the foreseeable future that activity is most likely now over.

This article was first published on the blog, The Catholic View

Eric Hodgens is a Catholic priest  from Melbourne who also writes a bit. 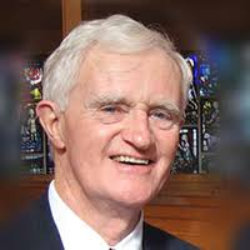