Eternal vigilance for Indonesia, even after a season of peace 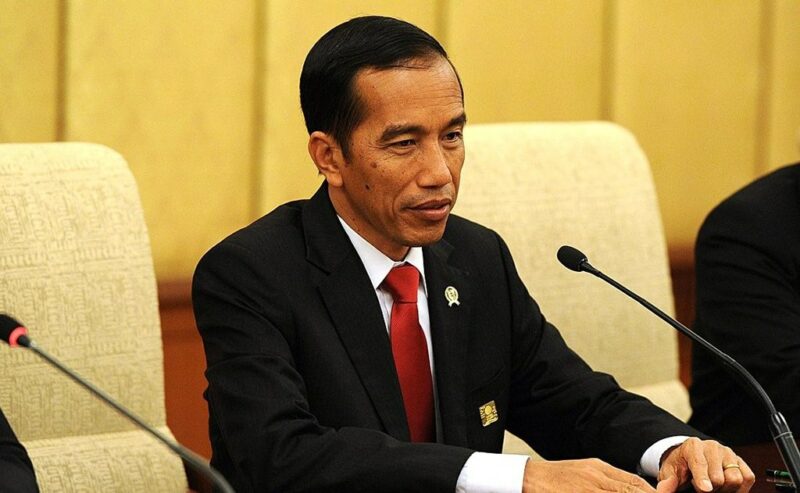 President Joko Widodo was persuaded to kill the chicken to scare the monkeys. (Image: Wikimedia Commons)

A low-key approach to combating terrorism has worked for authorities, though an expert warns that extremism remains deeply rooted in the archipelago.

Armed police camped outside churches across much of Indonesia during the Christmas break. Their vigilance may have deterred some wannabe terrorists, but overall the alert level was low. There were no reports of outrages as Christians – around 10 per cent of the Republic’s 273 million citizens – celebrated their faith across the world’s most populous Islamic nation.

That peace didn’t surprise security studies adviser Sidney Jones of the Jakarta-based Institute for Policy Analysis of Conflict.  In an online lecture The Legacy of ISIS in Indonesia she told more than 560 academics, diplomats and students that support for ISIS is declining.

Then she added a rider:  ‘But it’s left a very dangerous legacy in Indonesia and other parts of the world … that will affect extremist movements for a long time to come. There will be a process of regeneration and rebuilding under new names and perhaps with new strategies and tactics.’

ISIS is the Islamic State of Iraq and Syria, aka Daesh, fighting to impose sharia (Islamic law). It gained international infamy in 2014 when proclaiming a worldwide caliphate after capturing territory from western Iraq to eastern Syria.

Fanatics were drawn by its ruthless interpretation of Islamic teachings and brutal treatment of opponents.  More than 500 Indonesians joined an estimated 30,000 fighters – including 150 Australians — while a further 5000 lent financial and moral support from the archipelago.

A US-led coalition using the Iraqi army and Syrian democrats eventually crushed ISIS in mid-2019.  Since then pockets of diehard Indonesian returnees and their admirers have occasionally attacked churches and police posts.

Jones said that militants denied funds and easy access to guns and explosives following crackdowns by police are using knives and vehicles to hit targets. Women were also moving to the front.

In October 2019 a married couple stabbed and wounded Co-ordinating Minister for Political, Legal and Security Affairs Wiranto during a low-key visit to a West Java town.

In the past, ISIS treated females as baby factories and carers of men, but women are shaming men to be braver.  Their motives included a desire to raise children in a pure Islamic state and being lured by propaganda predicting Islam’s Armageddon (akhir zaman). At the end-of-time war the faithful would fly straight to heaven, so bought one-way tickets.

‘Women are now important components of extremist groups, and that’s not going to change,’ said Jones.  ‘So more women will be needed in senior management levels in the police and intelligence.’ That’ll require a rethink by the stout men at the top. Women in uniform are usually used for PR (a favourite is TV traffic reports by the best lookers) and investigations involving children.

Academics started disentangling the complex world of terrorism about 50 years ago. US scholar US Professor Martha Crenshaw has written that ‘although there’s  no consensus on any general theoretical laws of terrorism, researchers have defined key concepts and deepened explanations of cause, effect, and process.’

Jones previously worked for Human Rights Watch in the US and Amnesty International in the UK.  She praised Australian police sharing intelligence and techniques with Indonesia:  ‘The Australian government plays a huge role which is under-appreciated because they don’t crow.  I’m a big fan because they’ve done a good job.’

She also lauded the work of the Counterterrorism Special Detachment Densus 88 formed after the 2002 Bali bombings with aid and training from the US and Australia.

Jones offered little support for the theory that poverty and economic distress are factors in radicalising individuals. Instead, she blamed corruption which ‘served terrorism more than any other external factor’ because it showed the state was immoral.

Jones’ slightly sunny forecast runs counter to a South China Morning Post story of the banned Jemaah Islamiah (Islamic congregation) responsible for the Bali bombings trying to infiltrate state institutions. It claimed 31 civil servants had been arrested in the past decade for ‘involvement in terrorism’.

Last year the police and military snared 370 alleged subversives, though Jones said most were supporters preferring words to weapons. Pressure on courts and jails suggested more lenient punishments are needed for those not directly involved in violence.

Eradication was more cost-effective in combating extremism which was ‘deeply rooted’ in the archipelago. Jones said a low-key approach used by Indonesian authorities had been effective. It involves persuading jailed zealots to alter their views by building a lasting personal rapport with religious officers able to demolish bloody interpretations of jihad (struggle).

The 2016 campaign, described by one Australian academic as ‘probably the largest single religious gathering in Indonesian history’ was a success.  Ahok, an ethnic Chinese Christian, was jailed for two years for blasphemy. For a while, the FPI seemed to be mustering enough power to threaten the democratically elected government.

Rizieq’s rhetoric terrified minorities as he raged against pluralism, secularism, liberalism, gays, apostasy and other perceived Western evils. That was the firebrand’s undoing. Indonesia is a secular state. President Joko Widodo, who had prayed at the protests, was persuaded to kill the chicken to scare the monkeys.

Rizieq was suddenly accused of involvement in pornography, though no evidence was revealed; the charges were later dropped. He fled to Saudi Arabia and on his return was jailed for four years, not for exhorting hate, but for spreading lies about his Covid test. The FPI was banned. Six of his followers were gunned down at night on a Jakarta street.  Only police versions of the event claiming self-defence have been published.

Jones said disputes among dissidents over goals and ideology lead to indiscipline. Dogmatists have to stay active to draw recruits; lone-wolves are rarely smart enough to avoid detection. This month a military sweep in the jungles of Palu (Central Sulawesi) surprised and reportedly killed a xenophobe accused of beheading four Christian farmers last year.

Jones reminded that many Indonesians still wanted to go to Syria, apparently unaware of the defeat of ISIS.  If women and children in refugee camps get home some may seek to reignite extremism.

‘The threat has not gone away, but it’s lower,’ Jones said. ‘Autonomous cells can still be dangerous.’