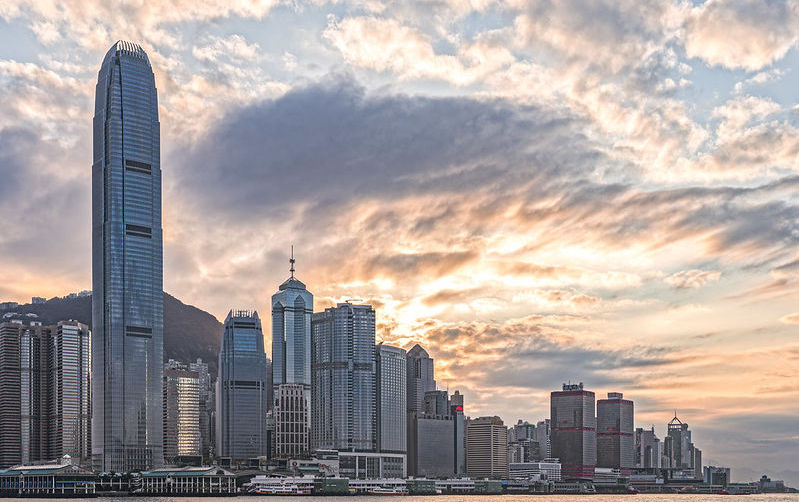 The EU never felt the need to conduct such surveys on Hong Kong when the British ran the territory. Image: Flicker / Johnlsl

Despite destructive chaos right in Europe’s own backyard, its politicians still find substantial time to lecture China on how its Hong Kong Special Administrative Region should be run.

The European Union recently released its “Annual Report on Hong Kong for 2021”, accompanied by some predictably disparaging commentary about the claimed deterioration of fundamental freedoms in Hong Kong. This is the 24th such report.

The EU never felt the need to conduct such surveys on Hong Kong when the British ran the territory, governing for over 140 years by relying on a governor-dominated, democracy-free system.

Imagine if, each year, Beijing issued annual grandiose reports such as this, telling Brussels to fix this, that and the other governance lapse and blunder, management of internal disorder and riots, pandemic controls, or absconding EU members. Within a nanosecond, we could expect to see the EU high representative in orbit, powered by fury at such impertinence directed at the EU from outside its hallowed borders－and from the Far East no less. In fact, this will not happen precisely because China does not unilaterally intrude into the internal affairs of other nations in this way.

It is useful, at this point, to consider how some EU members have tackled certain intense governance problems. These have presented significant challenges－though less grave than those faced by Hong Kong during the multi month insurrection that began in June 2019.

France had to grapple with serial violent political demonstrations and riots, known as the “Yellow Vest” protests, which began in November 2018. By mid-2019, there had been 11 deaths, some 2,500 civilian injuries, plus 1,800 injuries among the security forces. The number arrested soon totalled over 8,000 with, typically, more than 25 percent of those arrested being remanded in custody. The approach to containing the rioting was aggressively focused. The interior minister said that “we are not going to respond to Molotov cocktails with nice feelings, and we are not going to protect the order of the republic with soft words”.

The French media, meanwhile, labeled the smashing of shop windows in Paris as evidence of “mob rage” but the ransacking of the Legislative Council in Hong Kong as “the boldest of operations”. The fierce attack on a Chinese mainland journalist by protesters at Hong Kong Airport was “an incident” but the violent menacing of journalists by yellow vest protesters was compared to a “lynching”.

Meanwhile, in April 2022, during riots in Sweden (minor compared with what happened in Hong Kong), the Swedish police opened fire with live rounds to warn protesters.

Around a year ago, a former judge of the Court of Final Appeal of the HKSAR, Henry Litton, observed that the insurrection in Hong Kong, which began in mid-2019, was aimed at overthrowing the government, nothing less. This, he added, is the true scenario against which the National Security Law should be viewed.

Whatever the human rights criticisms contained in the new EU report may be, they are rendered untenable from the outset by a fatal flaw that permeates the great bulk of Western criticism of the National Security Law and other measures taken to restore stability and functioning governance in Hong Kong: All people noted in the news release accompanying the EU report are cast as victims－never offenders.

To sustain this twisted narrative, it is necessary to airbrush any mention of the terrible insurrection from this text－it is simply rendered invisible. This is a prime example of what Litton acutely describes as “creative fiction designed to put the Hong Kong government in the worst possible light”.

In October 2019, nine Catalan politicians were sentenced in the EU to jail terms ranging from nine to 13 years after being convicted of sedition related to their project to secure independence from Spain for Catalonia. If we were to frame this by adopting the technique used so boldly in the recent EU report, we would avoid all mention of any laws broken during the separatist crusade and stress the manifest love of liberty on display, thus confirming “a continued deterioration in fundamental freedoms”.

When your own garden is looking like a major train wreck, one way to get your mind off this is to lecture someone far distant on how they should sort out their garden. And this follows more easily when it involves censuring China: This, after all, was a normal posture for Europeans in the Far East in recent colonial centuries.

Indeed, there is a measurable resonance between the standpoint embodied in this EU report and those days gone by. Hong Kong is, implicitly, still envisioned as some kind of 21st century version of the type of international settlement that the European powers began establishing, typically at the point of a gun, around the coast of the Chinese mainland over 150 years ago.

People still talk of human rights. But more viscerally, the EU, drawing on history, feels entitled to impose these brazenly politicised, intrusive reviews. What this report thus provides, above all, is confirmation that the ghost of European colonialism still walks among us.