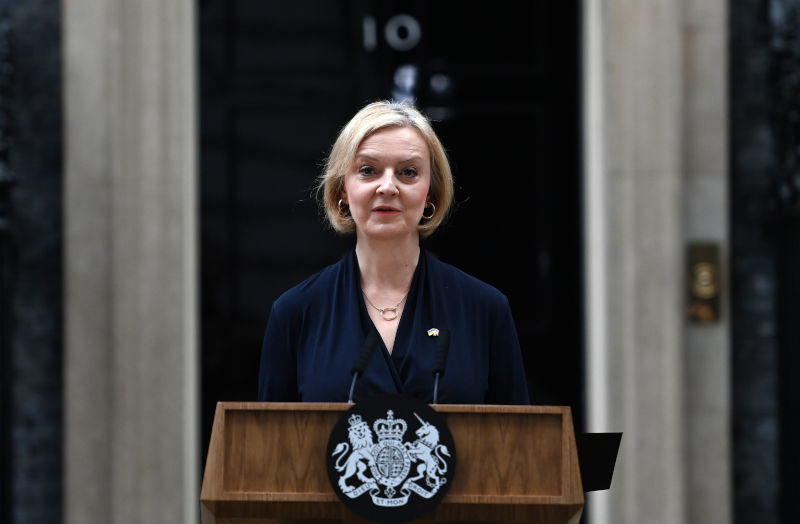 “When are you going to govern? The only thing you have governed for the past year is your own survival.” Jess Phillips, Labour MP, October 20, 2022

British politics has revealed hidden depths, each one being sought as each prime minister succumbs. The announcement by Liz Truss that she would be resigning came after a mere 45 days in office. In terms of duration, this would make her the shortest serving PM since the Tory George Canning, who died of tuberculosis in August 1827 after holding office for 119 days.

The sequence of events from the moment Truss entered Downing Street on September 6th is bound to induce vertigo. She promised a package of eyebrow raising energy-price guarantees and tax cuts on September 23rd. She fantasised about growing Britain and demonised a fictional cabal of anti-growth opponents lurking on the opposition benches and on the streets. Central to such policies, as Tim Bale of Queen Mary University describes it, is “the myth that we can have Scandinavian levels of welfare on American levels of taxation.”

The calamitous mini-Budget delivered seven days later spooked the markets and encouraged a fall in the pound. The promise to abolish the tax bracket of 45p was scrapped. Then came the sacking of Chancellor Kwasi Kwarteng, supposedly Truss’s close ally. In a manner befitting the friendship, Kwarteng was blamed for announcing Truss’s policies. Jeremy Hunt, his replacement drawn from political oblivion, took the hammer to the fragile edifice of supply-side Trussonomics and promised to further puncture it. Britannia was being rechained.

In the maelstrom, jokes began to proliferate and thicken as each disastrous decision was made, and then unmade. With such a sequence of inglorious crashes, the Economist suggested that Truss’s time would be comparable to the “shelf-life of a lettuce.”

The Daily Star set up a webcam in tribute to the observation, featuring a wilting iceberg lettuce from Tesco, valued at 60p. The paper poses the following question on the site: “Will Liz Truss be Prime Minister within the 10-day shelf-life of a lettuce?” At lunchtime on October 20, when Truss made her resignation statement, the lettuce received a plastic gold crown. The caption was one of triumph: “The Lettuce Outlasted Liz Truss”. Then came the national anthem, accompanied by champagne.

The resignation speech retained that air of unreality on steroids that characterised Truss’s brief sojourn in Downing Street. There was the old mantra, the “vision for a low tax, high growth economy – that would take advantage of the freedoms of Brexit.” She underlined her achievements in controlling energy bills and cutting national insurance. Apart from giving Russia’s Vladimir Putin a mention for threatening “the security of our whole continent”, that was more or less that.

The Economist, now confirmed in its predictions, gloomily coined the term “Britaly”, a land “of political instability, low growth and subordination to the bond markets.” With acid irony, it noted that Truss and Kwarteng, as contributors to a pamphlet “Britannia Unchained”, had warned that Britain should not go the way of Italy and other southern European countries, encumbered by bloated public services, tardy growth and poor productivity. Their “botched attempt to forge a different path” had done just that.

The UK’s indignant Italian ambassador Inigo Lambertini added some flavour to the comparison by rejecting the paper’s use of a cover “inspired by the oldest of stereotypes”. Why go for spaghetti and pizza when you might consider an example from “our aerospace, biotech, automotive or pharmaceutical sectors?” Any other choice “would cast a more accurate spotlight on Italy, also taking into account your not so secret admiration for our economic model.”

Since 2016, British politics has claimed the scalps of four leaders, reminding pundits of Australia’s own revolving door of prime ministers (that country boasted five between 2010 and 2018). David Cameron, injudiciously and arrogantly, called a referendum on leaving the European Union. Designed to stifle anti-EU voices within his own Conservative Party while enabling him to stay in power, it did quite the opposite. There were no plans in the event of Britain leaving the Union, let alone any strategy.

Brexit became a millstone of defining proportions, hampering Cameron’s successor, Theresa May, who found maintaining party discipline amongst the Tories impossible. Europhobic and Little England sentiments were in the ascendant. Enter Boris Johnson, whose populist, baffling antics had their desired effect: a comprehensive victory in 2019 with the slogan “get Brexit done.” Global Britain, nostalgic and starry-eyed, had arrived.

Johnson’s time in office impoverished British politics and denigrated the Sceptred Isle’s famed sense of dour stability. He was found to have behaved unconstitutionally in proroguing parliament. He mishandled and derided the coronavirus pandemic. He flouted rules made by his own officials, holding clandestine gatherings even as the rest of Britain stayed locked in and prevented from seeing family and friends. He was fined for doing so and eventually resigned for lying over the partygate affair. His list of abuses had no end and seemingly no beginning.

With the resignation of Johnson, the Tories went into selectorate mode, giving the British voters a taste of tribal war before debates held between Truss and her contender, former Chancellor Rishi Sunak. Truss, demagogic and deluded, won through, convincing a white-haired and greying percentage of Conservative Party members that she had the magic. With this pro-growth creature, ironically herself ungrown in so many ways, the horror show continued.

No sensible person will be seeking the office. But the Tory Party is riddled with the insensible. Sunak is likely to recontest. The leader of the House of Commons, Penny Mordaunt, is also a contender. Even Johnson, who did more than most to denigrate the office, is contemplating a return. For the moment, the lettuce won out. At the very least, it deserves a run.