Failed diplomacy led to war in Ukraine. It could happen again over Taiwan as the US goads China 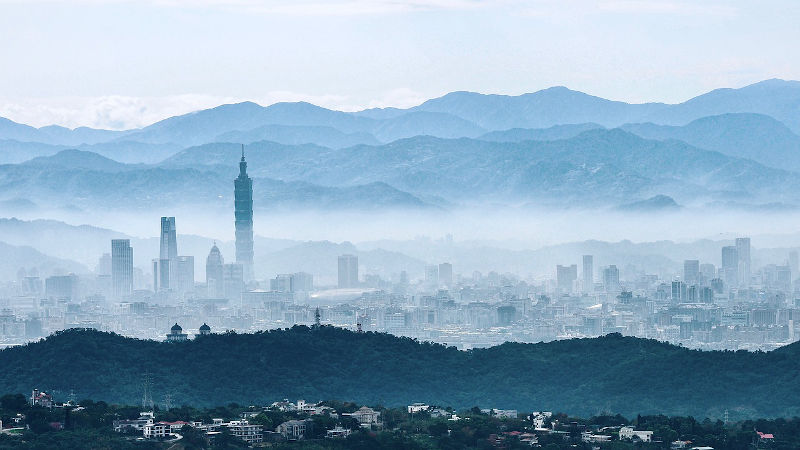 We have another hot conflict waiting to happen closer to home, China and Taiwan. Image: Pixabay

As the war wages on in Ukraine, our hearts go out to the innocent men. women and children who are killed, maimed or displaced by the war

As we agonise over the morality of the war, we naturally attempt to figure out who is culpable for the outbreak of this unnecessary and cruel display of violence.

It is not easy for ordinary people to work through the barrage of information and disinformation that are generated by all sides to the conflict, those that are directly involved as well as those standing on the side fanning the flames of conflict. Ukraine, acting on its own, would not have brought matters to a head. The recently published article by Carpenter indicates how the US, through its assistant secretary of state for European and Eurasian Affairs, Victoria Nuland, the US ambassador Geoffrey Pyatt interfered brazenly in Ukrainian affairs during the Maidan Square incident, even down to which political entity should be the next prime minister of the Ukrainian government.

Since the breakup of the Soviet Union, NATO membership has been creeping eastwards with seven Eastern European states formerly under the Soviet sphere of influence becoming members: former Soviet Republics, Estonia, Latvia and Lithuania; Warsaw Pact countries, Bulgaria, Romania and Slovakia; and Slovenia. The US and NATO cannot be blind to the fact that Russia under its relatively volatile leader Vladimir Putin was increasingly concerned about it’s security. Ukraine was the straw that broke the camel’s back. Each side attempts to put out narratives to justify their positions, narratives that are part of what the postmodernist philosophers call metanarratives to legitimize their political ideologies and their form of government.

The Russian invasion of Ukraine seen through “the here and the now” based on reports provided by the Western news media, would put all the blame on one side. There was an incident which occurred six decades ago involving the US and Soviet Union that should provide a more balanced perspective. The Cuban Missile Crisis has been mentioned several times before by Pearls and Irritations writers.

In July 1959, a revolution led by Fidel Castro overthrew Fulgencio Batista’s regime to establish a socialist/communist state. This, and the fact that Castro was attempting to export his brand of socialism to other parts of South America alarmed the US government. An invasion of Cuba using Cuban exiles opposed to Castro was planned, financed and directed by the US Central Intelligence Service. The invasion called the Bay of Pigs Invasion proved unsuccessful and was aborted. It drove the Cubans to seek protection and closer ties with the Soviet Union. When Nikita Khrushchev of the Soviet Union made good his promise to protect Cuba by installing ballistic missiles in Cuba, he was confronted by JF Kennedy who threatened to go to war (Oct.1962). Some have said that it was close to a nuclear confrontation. The matter was resolved only when Khushchev backed down; and a compromise was reached whereby in exchange for Russia not placing missile in Cuba, the US would remove its missiles in Turkey and promised not to invade Cuba again. The point to be made here is, how different is this incident from the present crisis in Ukraine?

No amount of the Western media’s clamouring about the fact that no promise was ever made to Mikhail Gorbachev that NATO would not expand eastwards, or that Secretary of State James Baker’s promise that NATO would not move one inch eastwards referred only to East Germany, will impugn the fact that the US and the West have lent a deaf ear to Putin’s concerns. All they talk about is that a sovereign state has the right to join whatever organisation it chooses. Informed people around the world know that all this is mere propaganda. All this time, goodwill has been absent. Yes, Putin is wrong, cruel, and has miscalculated but if there should be finger pointing, the USA and the West should hold up a mirror to themselves. Putin himself has trotted out propaganda of his own stating how Ukraine is historically, ethnically and culturally Russian. The strange thing about myth creation and propaganda is that after a while, the perpetrators begin to believe it themselves. On that same basis, Putin has invaded Ukraine.

Being a common man, I can only understand the matter by relating it to good neighbourliness. If it is my legal right to plant vegetables in my own garden, I certainly would not plant beans on my common fence with the neighbour knowing that he suffers from allergy to beans, especially if he were a big volatile fellow who is very likely to give me a bloody nose regardless of the fact that he will eventually have to answer to the law for it.

While all this misery is happening in Ukraine, we have another hot conflict waiting to happen closer to home, ie. China and Taiwan, refer Strategists Admit West is Goading China into War. The Western allies through the newly minted band of like minded countries, QUAD and AUKUS, paint China as having territorial ambitions in the region just as the myth of the Domino Theory that spawned the Vietnam War. Estimates put the death toll in that tragedy at between 2 1/2 to 3 1/2 million people, combatants and civilians. This was another case of the perpetrators believing in their own propaganda and acting on it.

Every time a war is over, another country is identified as the enemy, another myth is created, another barrage of propaganda is unleashed and another hot conflict ensues. In order to save ourselves, responsible leaders must break this vicious cycle. Of course it would be difficult. The rich and powerful military industrial complex will not allow it. It is just too PROFITABLE!