Crucial assumptions underpinning Australia’s defence posture have now been proven false. The Australian Defence Force is also becoming too expensive to operate and changes are required in the interest of national security.

In 2012 the Australian Defence Force Journal published (pdf, pp. 11 – 22) an article of mine titled ‘Dangerous Assumptions: Australia’s Defence Posture.’ The article described three crucial assumptions that underpinned Australia’s defence posture that were likely to be proven false prior to 2030. The assumptions were described as dangerous because of the major negative consequences that would result if the assumptions were indeed proven false. Unfortunately, it appears that the first two assumptions have already proven to be false and the third will be in the not too distant future.

The three dangerous assumptions were that economic growth would continue indefinitely, that the United States would remain the most powerful and influential strategic actor globally and that the rate of technological innovation will continue to accelerate.

The beginning of 2020 will be the high-water mark for the global economy; we have passed the limits to economic growth. Whilst yet to be broadly recognised, the global and Australian economy will never recover to its previous levels after the COVID-19 inspired economic depression that is unfolding.

In a corollary to the Global Financial Crisis, we are in a solvency crisis, not a liquidity crisis. With much of the debt currently on issue never going to be repaid, we face either a deflationary depression or a prolonged period of at best stagflation, at worst hyperinflation. Meanwhile, all the environmental issues and resource constraints from climate change – to water shortages, soil degradation, declining ore grades and depleting oil fields – still exist and will only be worsened by the ongoing destruction of financial capital. This suggests that ‘controlled hibernation’ of the economy is a pipedream. A bear when it hibernates metabolises built up fat reserves. Our economy will not be metabolising reserves over coming months and years, but rather further weakening/indebting itself.

The current structure and equipment of the Australian Defence Force (ADF) is a result of economic expansion over many decades and based on the assumption that this growth would continue indefinitely. That assumption is now false; in effect we have developed an ADF that we can no longer afford. There are going to be so many demands on Government from all sectors for decades to come that it is all but certain that Defence’s budget will shrink; both absolutely and relatively.

In 2012 the warning signs of the decline of the United States hegemonic power were apparent but maybe not obvious. Over the ensuing years the decline has accelerated rapidly to the point where in May 2019 I assessed that the end of the United States’ imperial system was a near term risk. The COVID-19 pandemic has further highlighted the systemic weaknesses and fragility of the United States. The USSR collapsed in a matter of months; virtually no-one predicted that collapse.

It seems increasingly likely that the United States will suffer a similar fate, very possibly within the next few years. The decline in the United States ability to influence world events will further accelerate over coming years. For several years Russian diplomats have described the United States as being ‘not agreement capable‘. The treatment of many of the United States allies in recent years suggests that reliance on a desperate and declining United States to come to Australia’s aid would be unwise at this point. Indeed, the United States’ imperial collapse could well result in counter-productive military adventurism which Australia would do its best to avoid.

History is replete with examples of societies and civilisations that have regressed technologically. As the economy contracts, our civilisation will follow a similar path. The hyper-complexity of the modern world actually increases the vulnerability to technological regression. COVID-19 has highlighted the fragility of global supply chains. It is highly likely in the years ahead that a sizeable number of businesses that provide essential components to various technologies will fail, leaving the technologies themselves vulnerable to failure.

In the 18th century, Benjamin Franklin linked the loss of a nail for a horse’s shoe to the loss of a battle. The problem identified by Franklin is many magnitudes of order greater in the 21st century. For example, the Army’s Armed Reconnaissance Helicopter, which consists of more than 17,000 components. The shortage of even one critical component due to a business failure or supply chain disruption can leave the whole helicopter un-serviceable, in effect useless.

Multiply this problem by every capability within Defence and it quickly becomes apparent how vulnerable all of Defence’s capabilities are. The potential for many capabilities to be rendered either inoperable or unsustainable over the long term is very real. Not only have we developed an ADF that we can no longer afford, we have also developed an ADF that we will be unable to maintain and sustain.

The best opportunity to prepare for the circumstances the nation and Defence finds itself in is now well and truly past. There are however many things that can and must be done to adapt. The development of a new national security strategy, the 2016 Defence White Paper (and likely the yet to be completed strategic update) is largely irrelevant now, would be the first step. The strategy must incorporate defence and security in its broadest sense; including non-military threats which as this year’s bushfires and COVID-19 indicate, have a very real impact on our national security.

It must also refrain from over-hyping the China threat; this is no time to be further alienating our largest trading partner. Current military operations in the Middle East, which are not critical to our national security, should be terminated to reduce budgetary pressures on the Government. A review of capability acquisition projects must also be completed noting the changed economic circumstances; it is likely that some major acquisition projects are either no longer affordable/sustainable or the investment could be better spent elsewhere.

A review of sustainment programs should also be completed to identify supply chain risks and options to mitigate them over the medium and long term. Noting the potential for defence industry failures, the creation of a government owned corporation, such as the former Australian Defence Industries, should also be considered.

In recent weeks we have seen an incredible reversal of Government positions on a range of fundamental issues. A dose of reality courtesy of COVID-19 has identified the weaknesses of many established orthodoxies. Established orthodoxies within Defence have resulted in the development of an ADF that we can no longer afford, a reliance on an ally whose power is rapidly diminishing and a very real risk that we will not be able to maintain and sustain many of Defence’s capabilities over the longer term. Clearly a change in direction is necessary for Australia’s national security.

Cameron Leckie served as an officer in the Australian Army for 24 years including three operational deployments. He maintains a keen interest in strategic affairs. 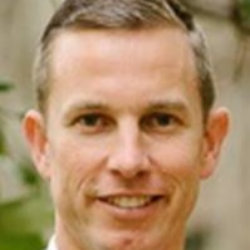