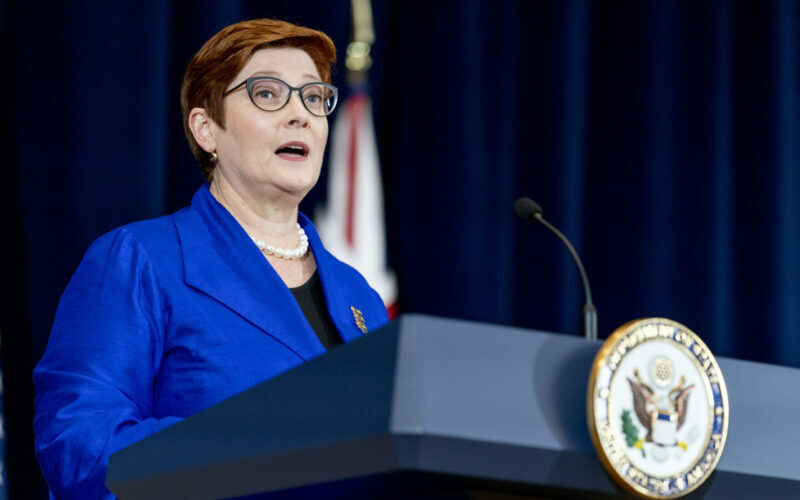 If ASEAN crashed in the Melbourne Cup the on-course vets would be ready with the needle and green tarpaulin. But this bag-o’-bones is such a dud it would have been scratched.

The 10-member Association of Southeast Asian Nations (ASEAN) has been grazing in the pension paddock for so long no amount of doping will turn the 54-year-old gelding (double the normal lifespan) into a strapping stallion.

Yet a rejuvenation is being claimed based on one limp decision to ban member Myanmar from ASEAN’s biannual meeting in Brunei this week (October 26-28). That’s almost nine months since the Tatmadaw (Myanmar military) staged a coup after civilian candidates won last year’s election.

Former Burma will have to be represented at the ASEAN gathering by a ”non-politician”, as though any neutral negotiators have survived scything by the current ruthless regime.

(The country’s ambassador to the UN was sacked by the junta after refusing to recognise army rule. Kyaw Moe Tun said no one should co-operate with the military until it handed back power to the democratically elected government. He’s been charged with high treason, lives in exile and has reportedly been stalked by assassins.)

The resolution to snub Myanmar’s leader General Min Aung Hlaing has been lauded by ASEAN’s few fans as an example of culturally appropriate collective reasoning when it’s just a ploy to keep the knackers away.

Teodoro Locsin broke from the tradition of bland statements when he was quoted saying playing neutral on Myanmar was no longer an option: ”Our credibility as a real regional organisation disappears … We’re a bunch of guys who always agree with each other on the worthless things.”

The worthy thing should have been the furious condemnation of the February 1 takeover. Last November electors in the nation of 54 million voted 87 per cent for the National League for Democracy and its leader Nobel laureate Aung San Suu Kyi.

But the former British colony has a long history of being run by men with guns and the generals wanted their power back. The electors didn’t and hit the streets. So far more than 1100 have paid with their lives. Thousands have been arrested and imprisoned.

The UN, Western nations and others protested furiously, while ASEAN pondered. In April its leaders met Myanmar’s junta chief Min Aung Hlaing in Jakarta and reached a ”five-point consensus” on how to tackle the crisis made by the general. That was paraded as an example of Asian quiet diplomacy.

So has the recent release of hundreds of political prisoners, a theory scotched by Nicholas Coppel. The former Australian ambassador to Myanmar and now a Monash academic says opening cell doors often happens around auspicious days in the Buddhist calendar.

There’s no point in spelling out details of the Jakarta plan because nothing happened. Some ASEAN members — notably Indonesia, Malaysia and Singapore — were getting edgy. In August Brunei’s Second Foreign Minister Erywan Yusof was appointed as ASEAN’s crisis envoy. He tried to meet Suu Kyi who is under house arrest but got knocked back. So the group decided to ban the self-appointed PM from its biannual summit.

Coppel claims the decision to kick Myanmar out ”would have been a shock to Min Aung Hlaing as he, along with most observers, are habituated to expect ASEAN inability to address difficult internal issues”.

David Scott Mathieson, who works with The Asia Institute in Myanmar but writes as ”an independent analyst”, argues that ”ASEAN’s fiasco is also the West’s moral failure.

”The West’s thinking it could subcontract the crisis to the regional bloc and, from afar, impose sanctions, strong statements and humanitarian assistance, has contributed to the impasse. The UN, US, EU, UK and Australia are all complicit in ASEAN’s failings by failing to build support structures around regional diplomacy,” Mathieson said.

A little history starting with the Vietnam War and fear of the Red Wave rolling south helps to understand this mess.

To avoid an imagined Communist tsunami and after slaughtering at least 500,000 citizens who may — or may not — have been lefties, Indonesia set up ASEAN in 1967 with Thailand, the Philippines, Malaysia and Singapore. Headquarters is in Jakarta.

ASEAN is now better known for what it doesn’t do than its successes. Ironically two members are Red — Vietnam and Laos, with Cambodia sticking close to China. Myanmar joined in 1997.

Four are in some weak form of democracy (Indonesia, Singapore, Malaysia and the Philippines). Two are military dictatorships (Thailand and Myanmar) and one authoritarian sultanate (Brunei). Apart from the former Siam, all were once ruled by colonial powers. Now the only glue is recent history, geography and being Asian.

It’s through this inept sodality that Foreign Minister Marise Payne wants us to engage with South-East Asia.

In Jakarta last month she told Indonesians that Australia’s ”vision for the future of our region has ASEAN at its centre. It’s principally a shared vision, underpinned by shared principles.

”ASEAN’s outlook on the Indo-Pacific … resonates strongly with our own Indo-Pacific vision including principles of ASEAN centrality, openness, transparency, inclusivity, and a rules-based region,” Payne said.