The continuing problem of underpayment of farmworkers is not simple. It will not go away. It certainly will not go away by adopting the National Farmers’ Federation (NFF) bubble tunnel of workers from New Zealand or other ships in the worker solution.

The NFF should know that workers from NZ need good working conditions to be attracted to Australia. The problem is much more profound. Listening to industry does not add to an understanding of the risk to farm growth.

The Coronavirus and its effect on air travel revealed what at first appeared to be a direct dependency on temporary foreign labour needed to meet the growth of and seasonal needs of farming across Australia.

More and more researched sources are adding to the revelations about worker exploitation and taking a position on the situation such as the Development Policy Centre at the ANU, Swinburne University, the McKell Institute, The Business and Human Rights Resource Centre and recently the AWU. Now, the generally clean skin farm sector is receiving this exposure we will likely hear exploitation stories from the restaurant and café industry, aged care, the building sector and in the trucking industry of systematic underpayments and therefore the general dependency of a number of sectors on exploited labour.

These stories will emerge from the previously vulnerable and voiceless workers who found themselves caught up in wider structural immigration and labour dynamic. No wonder issues like “Slavery claims as seasonal workers from Vanuatu paid nothing for months’ work” lead to intervention with the Government by the Vanuatu High Commissioner.

Unfortunately, the Minister for Agriculture and others such as the NFF and its Horticultural Council and AusVeg see the need for workers met by air-freighting more in, an improbable wish for this season. And a wrong one for the future.

Typically, the increasingly aired circumstances of exploitation of farm labour resulted in verballing of what those with a deep interest in underpayments, poor conditions and reputational damage for agriculture namely the Minister and the Government’s bolted-on lobby, the National Farmers Federation, both called “dodgy labour contractors”.

Blaming dodgy contractors is a failed tactic. Of course, we must bust the ‘Dodgies’, but the farm sector can look for more structural solutions.

First, it should self-examine its causes for growth especially, but not only, in the horticultural sector. Second, farmers and the sector’s beneficiaries should identify their business costs as they are and for example, what they will be should the labour matter be equitably addressed. They should look at trend changes such as population distribution, settlement patterns and their meaning for labour supply. The sector now faces stalling investment even disinvestment should the labour shortage continue or under the risk of on-again-off-again foreign labour supply. The Corona virus’s effect on demand, labour and export transport has simplified and magnified the problem.

Australia has snugged its way to embedding structural exploitation in the farm sector. Lobbying, politics and temporary fixes created unmanageable and unsustainable expectations for growth. The lure of permanent residency then citizenship with better general welfare created by various visa pathways was measurably met by well-planned foreign tourists, overseas students and those on visitor visas with working rights. The politics of saving our regions, rather than a conscious national development program trolled foreign workers to agriculture just as does the record of days worked to assist those in metropolitan Australia achieve a longer stay towards residency.

To fix the patchwork of circumstances, farm work and the prospect of residency needs to be de-coupled. Residency is no problem but exploitation should not be an experience in getting it. Farmers need to raise the self-consciousness of their strategic situation and seek a more structured solution not just focus blame on the as yet to be identified dodgy labour-hire firms.

As a country, we ought to admit our dependency on foreign labour and go about solving it as robustly as possible. If farmers, shires, councils and local ancillary businesses want people, visitors and resilience then labour conditions need to be fully recognised and a legitimate cost of growing a regional business.

We are at present seeing a state of affairs the French anthropologist Claude Levi-Strausse called the “raw and the cooked”. Now, our farm labour supply is a confection, naturally, the result of small moves taken within the bounds of average risk-averse policy. Labour supply is ‘cooked up’. To remedy this, we need to take a big stride and apply long term thinking and create a labour supply line which does not lead many visitors to accept exploitation to achieve their goal of residency.

Stronger repeat “enter and leave” seasonal foreign worker schemes are one way to cope with our less formal almost “wetback” or “gastarbeiter” situation. The NFF has a Roadmap to see agriculture be a $100 billion industry by 2030. Its road map, even endorsed by the Government, holds the Government to account in reaching this value more than NFF itself and farmers themselves. One Pillar of the Roadmap, number four, deals with community sustainability. Sub Pillar 4.2.4 says only “Proactive steps to stamp out any exploitation of farmworkers”. The NFF offers it little profile and accepts no agency in dealing with it.

The NFF’s Horticultural Council’s ten-point plan for its future shows negligible attention to farmworker exploitation issues despite their over-weening importance. The plan wants the taxpayer to fund solutions to workers’ accommodation and travel. If lobbying and tax transfers are part of a growth plan then it is hardly sustainable.

Growers themselves along with their regional communities of interest can take this matter on directly by ensuring full wages are paid and piece work is paid well for the good and on results for the inefficient, local housing in various forms is available such as serviced campgrounds, modular temporary accommodation permitted and a freer market place allowed for initiatives which attract workers, especially Australians.

In addition to not using the hope of residency to institutionalise exploitation, we should exclude taxpayer-funded temporary fixes to a structural problem. Instead, growth of farming, along with that of other sectors where exploitation risks being endemic, needs to be efficient, lawful, business-wise and aware of the risks of dependency and silence about exploitation. 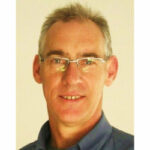 Philip Eliason was Deputy Director of the National Farmers Federation 1988-1994 and Senior Adviser to the Minister of Agriculture 2018-2019. He is an economic rationalist who takes a five to ten-year view of policy ideas.