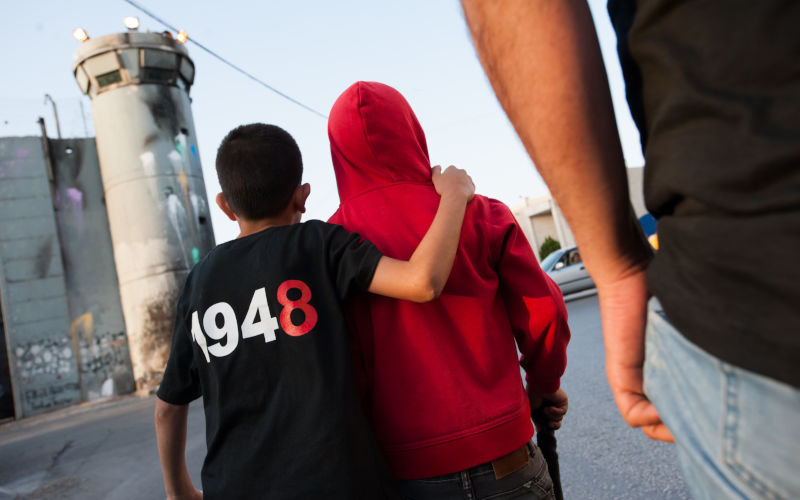 An extremist Israeli government insists that apartheid policies will be permanent, that the 2022 slaughter of Palestinians will be repeated, that settler stealing and violence will be ignored and international law derided. In these circumstances, surely no Australian citizen, let alone a politician, could justify such policies?

Incredulity about Israeli army, police and settler impunity for killing Palestinians, stealing land and destroying homes should prompt the questions, who condemns, who cares?

Even Australian citizens who have believed that Israel can do no wrong must sense some obligation to assess developments which promise a repeat of the 1948 Naqba expulsion, killings and demolition of Palestinians’ lives and livelihoods.

In direct defiance of international law, the new Netanyahu government has declared that the Jewish people have a ‘natural right’ to the Land of Israel, a declaration foreshadowed by the 2018 Israeli Basic Law which proclaimed the supremacy of Jews ‘in the promised land of Israel.’

Subsequently the Israeli Cabinet declared that Palestinian and Israeli NGOs which advocated human rights and protested Israeli occupation by peaceful means, were terrorist organisations. Racist attitudes underpinned the policy. Even a Palestinian protest song could be defined as a musical incitement to terror.

Commentators, Palestinian lawyer Diana Buttu and Israeli journalist Gideon Levy, say no-one should be surprised. Racism has flourished since 1948, the only surprise is the honesty of a government which is proud of apartheid and intends to complete the Zionist project to ethnically cleanse Palestinians from that part of the world.

To bolster this project, as his Minister for national security, Netanyahu has appointed Itamar Ben-Gvir, leader of the Jewish Power Party, a man convicted of racist incitement against Arabs.

Bezalel Smotrich, who heads the hardline Religious Zionist Party, has responsibility for Finance and Defence. Minister Smotrich opposes Palestinian statehood and campaigns for the restoration of full Jewish sovereignty over ‘the biblical land of Israel in its entirety.’

A year of killing and dispossessing Palestinians has fertilised the Netanyahu extremism. Middle East Eye reports that 2022 was the deadliest year for West Bank Palestinians since the Second Intifada. At least 220 Palestinians, including 48 children have died in Israeli attacks, and in the same period an estimated 9,500 were injured.

Israel’s intelligence agency Shin Bet identifies 31 Israeli deaths at the hands of lone Palestinians, but Israeli human rights organisation B’Tselem shows that this loss of life contrasts with an Israeli policy that permits an open fire, shoot to kill Palestinians even if they pose no danger.

Murder with impunity is an Israeli policy to which the so-called international community turns a blind eye. For Israeli murder and destruction there is no accountability, no public discussion and rarely any legal examination. The Israeli rights group Yesh Din says that military law enforcement authorities ‘systematically avoid investigating and prosecuting soldiers who harm Palestinians.’

Members of the international community, including Australian governments and citizens could find that touch of courage and principle necessary to protest any country’s fascist like policies. Instead, a cowardly, complicit US allows Israel to get away with murder, ethnic cleansing and destruction. In common with Australia, President Biden mouths respect for a Two State solution, that political fantasy which died decades ago.

Minister Smotrich insists that the only reason Palestinians are allowed to stay in the West Bank is that expulsion of such people was not completed in 1948.

Courage is required to challenge such extremism but the distinguished French/US lawyer, Middle East commentator John Whitbeck, says that in political circles, that courage is hard to find. On the contrary, fear fosters politicians’ silence. ‘It is knee knocking, sweaty palmed, incontinent fear that careers will be destroyed if they manifest anything less than total abject subservience to Israel.’

Israel’s racist, apartheid-based treatment of Palestinians continues and quickens. Citizens who support such policies are telling the world that murder, destruction, ethnic cleansing and contempt for international law are acceptable ways of governing and living.