Federal Budget: TAFE at the heart of Labor’s economic plan? 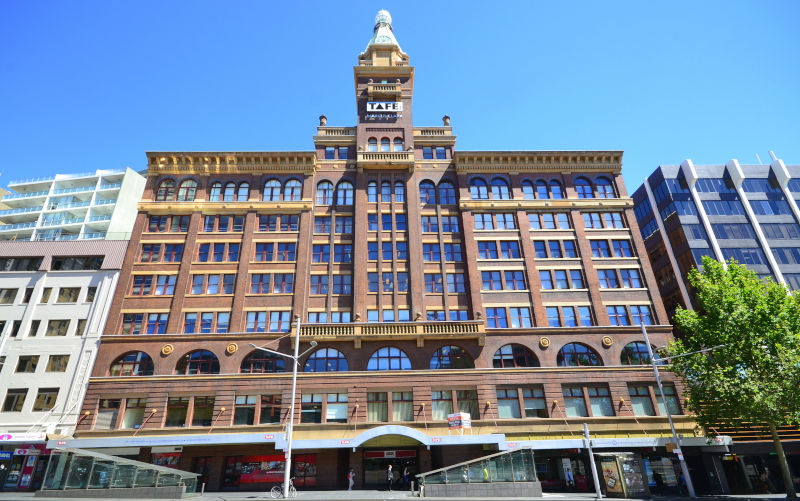 To understand the complete picture of what the Federal Labor Government has promised for TAFE and vocational education and training, you need to look at Labor’s election Plan for the Future, the outcomes of the Jobs and Skills Summit and now the Federal Budget.

In contrast to almost ten years of a conservative Federal Government that continued the marketisation of the VET sector and introduced such disastrous policies as VET FEE-HELP, the Albanese Labor Government made it clear from the start that it was committed to rebuilding vocational education and training through TAFE institutes and that it saw TAFE as fundamental to its economic plan. In its ‘A Future made in Australia Skills Plan’ released prior to the elections, Labor committed to ensuring at least 70% of Commonwealth vocational education funding goes to public TAFE, and to investing $621 million over the forward estimates in Free TAFE.

One of the Government’s first major initiatives was to convene a Jobs and Skills summit in September in Canberra. With one of its aims to deliver a high-quality labour force through skills, training and migration, a wide range of Australians had the opportunity to either participate in the summit, specific consultative groups or to respond to the Issues paper. A White Paper will follow.

Outcomes from the summit relating to ‘A better skilled, better trained workforce’ were divided into immediate actions and areas for further work. The $1 billion one-year National Skills Agreement was an immediate action. A new National Skills Agreement which would outline VET funding and directions, had stalled under the previous government. This Agreement will provide additional funding for fee-free TAFE in 2023, while a longer-term agreement which will drive reforms in the sector and support women’s workforce participation, is being negotiated. 180,000 of the 465,000 additional fee-free TAFE places will be delivered in 2023, with costs to be shared with states and territories on a 50:50 basis.

An area of further work identified related to developing a comprehensive blueprint with key stakeholders to support and grow a quality VET workforce. Recognition of the needs of the VET workforce has been long coming, with even recent data collection unable to give a clear picture of the numbers and make-up of the VET workforce, let alone how to support it and increase numbers of teachers to undertake this additional work.

An important change was the plan to establish Jobs and Skills Australia as a priority, based on tripartite governance. A number of stakeholders have noted the parallels with the Australian National Training Authority (ANTA), which operated as a statutory authority from 1992-2005, developing nationally consistent training standards across Australia, addressing skills shortages and making sure the skills gained from VET qualifications matched the ones employers needed.

The Bill to create Jobs and Skills Australia was passed by both Houses of Parliament on 27 October, with the Minister Brendan O’Connor noting it was the government’s first bill. In his second reading speech, he said that this independent body would provide advice on the skills and training needs of workers and employers now and in the future, to ensure the economy is not held back by current labour shortages. He spoke of this body providing research, data and analysis to inform policies that boost workforce participation including participation of a range of vulnerable groups. In commending the bill to the chamber, he stated that “a skilled workforce is also a more productive workforce”.

Senator David Pocock reinforced the importance of gender equality by amending the bill to include “opportunities to remove barriers to achieving gender equality in the provision of training and in the labour market …”.

In supporting this bill on behalf of the Greens, Senator Barbara Pocock reinforced concerns around the impact of the marketisation of the VET sector, noting that: “JSA (Jobs and Skills Australia) will now provide advice on pathways into vocational education and training and pathways between VET and higher education, as well as examining the resourcing and funding requirements for registered training organisations to deliver accessible, quality VET courses with an emphasis on public provision. This will include comparing the costs and outcomes of private training providers with publicly funded TAFEs. This is important because we know a strong TAFE system is vital to improving the high-level skills and workforce development needs for our economic future. TAFE should be free, it should be fully funded, and it should be properly resourced with staff who are paid properly, valued and respected for the work that they do. TAFE should be a priority for all federal funding for VET, and for-profit private providers of VET should not receive government funding.”

In essence, the recent Federal Budget then enacted a number of these commitments.  Its major program is the National Skills and Workforce Development program with a $1.6 billion allocation to be matched by state and territory governments. The long term objectives would be developed through the National Partnership Agreement. The Budget also provided $550.1 million under a 12 Month Skills Agreement for 2023, including $493.3 million for fee-free TAFE places, although now in the Budget the description has become”480,000 fee-free TAFE and community-based vocational education places”.  Fee-free places will be targeted to priority groups including First Nations people, young people, job seekers, unpaid carers, women in non-traditional fields of study and people with disability.  Many of these identified groups were already entitled to fee-exemptions in most TAFE institutes.  At least 15,000 of these fee-free places will be dedicated to courses in aged care to help relieve pressure in this sector.

The Budget also included the design and implementation of the Australians Skills Guarantee which will ensure that one in 10 workers on major Commonwealth-funded projects is an apprentice, trainee or a paid cadet, with funding to be found from existing resourcing in DEWR.The Budget redirected funding from under-performing programs to offset the establishment of Jobs and Skills Australia.

A fund was identified for $50 million to establish a TAFE Technology Fund, to help deliver on items such as IT infrastructure, modern workshops, laboratories and telehealth simulators.

10,000 New Energy Apprentices will be funded, along with development of training pathways for clean energy industry jobs. $95.6 million will be provided over 9 years.

Seeing Labor put its plan for TAFE into action has been welcomed by most in the sector. Recognition of the damage not just to quality vocational education and training, but also the opportunities to gain needed skills, has been acknowledged as a legacy of the previous Federal governments. It is now up to Federal Labor to ensure the needed outcomes are achieved.

Linda Simon has been a teacher in schools, TAFE and now at university. She currently teaches subjects relating to adult education at Charles Sturt University. She was Secretary of the TAFE Teachers Association for over fifteen years, and Federal TAFE President of the Australian Education Union for six years. Currently she is Vice-President of the Australasian VET Research Association (AVETRA) and an organiser of the TAFE Community Alliance. She has served on the Boards of NCVER and BVET in NSW, and is an educationalist and researcher committed to equity and public education