Fibre in the Coral Sea or message in a bottle? Who’s interests are we serving?

Many have been preoccupied with the geopolitical tensions exposed by the Coral Sea Cable, continuing a longstanding – and problematic – tradition of treating the islands of the South Pacific as an empty stage on which to play out Great Power conflict.

While the impending sale of Digicel – the largest mobile phone provider in the Pacific – is raising geopolitical concern in Australia, larger, structural issues underly technology investment in the region. And Australia’s strategy on these issues seems increasingly confused.

One piece of that strategy is bound up in a piece of infrastructure that will be critical to the future of the Pacific: a 4,700 km long fibre optic cable linking Sydney, Australia to Port Moresby in Papua New Guinea and Honiara in the Solomon Islands, the Coral Sea Cable. Critical, too, is the Palau Spur Cable that Australia is financing, in partnership with Japan and the United States.

Certainly, connectivity and digital integration will impact the futures open to Pacific Island nations. But what will this newly linked Pacific future look like? Who will be involved in shaping it? As it stands, the cables have not yet delivered the benefits promised when they were proposed.

Completed in December 2019, with majority funding from the Australian Government, the Coral Sea Cable has attracted attention for the enormous opportunities and risks that it is said to present. In 2017, according to World Bank data, just 11% of the population in Papua New Guinea and 12% of those in the Solomon Islands used the internet (up from 1% and 5% respectively in 2010). With the four fibre-pair Coral Sea Cable system and associated infrastructure coming online, everyone and their dolphin is having a say about what this could or should mean for two of the region’s and the world’s poorest nations.

There are optimistic projections for economic growth among nations of the Pacific resulting from this new connectivity. Others are less sanguine, worrying about a potential loss of innocence for these nations, highlighting risks of harm to children posed by expanded internet access, while acknowledging educational and other opportunities that may open up.

Still, others have been preoccupied with the geopolitical tensions exposed by the project, continuing a longstanding – and problematic – tradition of treating the islands of the South Pacific as an empty stage on which to play out Great Power conflict. Initially, Chinese company Huawei was reportedly competing to finance the Coral Sea Cable as part of an “undersea battle” with the U.S. for control of the veins of the global information economy (an account complicated somewhat by Huawei recently selling off its undersea cable business).

The Australian Government is supporting Telstra’s efforts to buy Digicel’s PNG network, concerned by apparent interest in the network from China Mobile. In so doing, Australia is nominally championing notions of technology infrastructure as public goods while bypassing a publicly-owned vehicle (NBN Co Limited) to instead fund a listed company to advance its national security agenda. Meanwhile, Pacific nations are cast as incidental and inert: comprising little more than a geopolitical “doorstep” between East and West.

If, however, the Australian Government is genuine about investing to support “the future digital economies of Papua New Guinea and the Solomon Islands“, then it should be helping to support meaningful community dialogue in these countries about what those future digital economies might look like, and the medium- and longer-term support required to realise their best possible versions.

Consider, for example, the distance education and training opportunities that could open up for remote communities. These are among those possibilities lauded by Australia’s Foreign Minister. Yet many well-intentioned efforts to disseminate learning technology among the very poor have proven disastrous. Similarly, while documenting such efforts have fared around the world, Payal Arora has also shown that digital life among the young, poor and globally marginalised extends way beyond the spectrum of aspiration typically laid out by large technology companies and development donors. How could Arora’s insights inform the build-out of educational technology in the Pacific, in connection with the Coral Sea Cable project?

Consider, also, the potential employment opportunities that could emerge: an urgent imperative for a region facing a “youth bulge” and unsustainable dependence on resource-extractive industries. We know something about how participation in the digital economy has worked out for content moderators in the Philippines. How could the worst of these experiences be avoided, as peoples of the Pacific potentially join the services sector of the digital economy via the Coral Sea Cable? What may be learned, in advance, from the efforts of digital economy workers around the world to strategise and organise to ensure good working conditions and build agency?

Finally, the arrival of the Coral Sea Cable has had no impact on the actual cost of mobile access in Papua New Guinea, which was the world’s most expensive as recently as 2016. Currently, less than half of all New Guinean’s and just over a third of Solomon Islander’s have access to mobile internet compatible devices, with only 599,285 smartphones shared amongst PNG’s 8 million people. In comparison, over 93% of Australians own a smartphone.

The Coral Sea Cable does not in and of itself resolve the connectivity challenges facing PNG and the Solomon Islands. Without access to affordable digital services and devices, individuals and communities will struggle to actualise benefits on their terms. While the Coral Sea Cable might improve access for those in Honoraria and Port Moresby, how do we ensure those living in remote areas are brought along on this development journey?

These issues comprise a policy problem for Australia and draw attention to deficits in Australia’s policy-making apparatus. Digital economy policy sits with the Department of Prime Minister and Cabinet. Policy responsibility for the key inputs to the digital economy lies deep in the Department of Infrastructure, Transport, Regional Development and Communications. The Coral Sea Cable policy, and further development-aligned cable investment (including potential financing for Telstra’s acquisition of Digicel through the Export Finance Corporation), lies with the Department of Foreign Affairs and Trade.

Whether these are good investments is subject to potential audit by the Australian National Audit Office. The absence of a coherent policy perspective means that the biggest threat to the value of the Coral Sea Cable is the lack of investment in ongoing operations, maintenance and upgrades such as the one by Telstra in 2019. The funding for this could be achieved by selling exclusive access to some of the upgrade capacity. However, without a clear policy perspective, it’s not clear who would be an acceptable customer for the Federal Government.

Australia is seeking to “step up” in the Pacific by advancing an agenda of “technology for development“. This encompasses, alongside the Coral Sea Project, a range of digital inclusion initiatives to promote competition in the telecommunications sector. Some aspects of this agenda are built around human relations. Yet many seem to begin and end with the installation of technology. This risks simply helping to deliver the Pacific into the profoundly unequal status quo that has, for the time being, taken shape as the global platform economy.

Perhaps Australia needs to clarify its own digital economy policy, before attempting to impose a jumble of policy messages on the region.

Caroline Compton is a Lecturer in Law at the University of Western Sydney. 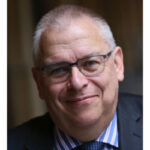 Rob Nicholls associate professor in regulation and governance at the UNSW Business School and a visiting professional fellow at UTS Sydney Law. He has also worked for law firms and the ACCC, and from 2012 to 2020 he was Australia’s Independent Telecommunications Adjudicator. 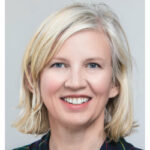 Fleur Johns is a Professor and Australian Research Council Future Fellow in the Faculty of Law & Justice at UNSW Sydney and a Visiting Professor at the University of Gothenburg, Sweden. 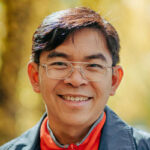