We are, finally, reaching the end of Ireland’s long 19th century. I don’t mean that Ireland didn’t have a 20th century or that many momentous things did not occur within it. The visible landscape changed dramatically and so did social mores. But the rock underlying modern Irish society – the social geology, as it were – was formed in the 19th century. And it is now gradually slipping away. In at least four major respects, 19th-century Ireland is dying.

The first of these is demography. We have not yet escaped the gravitational pull of the demographic catastrophe triggered by the Great Hunger of the 1840s. The population of what became the Republic of Ireland was cut by more than half, from just over 6.5 million in 1841 to 3.1 million in 1911.

The patterns of mass emigration established in the 19th century led to further periodic falls. By 1961 the population had dropped to a low of just 2.8 million. Recovery has been slow and uneven: as recently as the period between 1986 and 1991 the population actually fell by 3 per cent. Even now, the population of 4.8 million is just three-quarters of the number in 1841.

We take this low density of people for granted, but there is nothing really like it in modern global history. No other nation state has a current population smaller than it was in the mid-19th century. But this part of the 19th-century story is probably going to end in the next few decades. With a relatively high fertility rate, inward migration and longer life expectancy, the demographic gap will finally be bridged around 2040 – two centuries after it opened up.

The second shift is the death of 19th-century Irish Catholicism. The church that became such a dominant force in the State was largely constructed after the Famine. It gave order to a traumatised society, and its international reach gave shape and continuity to the ever-growing diaspora.

It fused spiritual and temporal power, gradually creating a virtual monopoly in the ownership and management of education, healthcare and the fearful archipelago of repressive institutions that kept the population under control. It set limits on what politicians could do and on what people could say.

Its key teachings on sexuality and reproduction were enshrined in law, and often in the Constitution. This too was highly distinctive – there were other societies where the church had this kind of power (Spain under Franco, Portugal under Salazar) but none of them claimed to be democratic republics.

And this too is on the way out. The church retains very significant control over education and healthcare. But the basis for that control – the demonstrable obedience and trust of the majority of the population – is definitively gone. The abortion referendum was a Rubicon that cannot be recrossed. Even the Catholic hierarchy recognises this. It is a momentous change: a nexus of power and authority that lasted for 150 years is finished.

The third ending is closely related: the death of the 19th-century idea of charity. Unlike most other developed democracies, Ireland never built a coherent system of social entitlement around the idea that every citizen had a right to the things necessary for a dignified life. We take it for granted, for example, that Ireland does not even have a genuinely public system of primary education: this most basic of modern social provisions is still heavily qualified by church “patronage” (a telling word) and “voluntary contributions”.

Equally, Ireland has never built a national health service, stumbling instead into an increasingly impenetrable thicket of public and private provision.

These failures are rooted in the Victorian idea of providing charity for the deserving poor while those who can do so look after themselves. This ideology was not just a product of church control; it is also the basis of the entire political system. That system is run not to ensure that citizens get their rights but to sustain the idea that the TD “gets” benefits (a job, a hospital bed, a welfare payment) for the constituent.

Here too patronage has been the key concept, even if, in truth, most of this political patronage is imaginary. We have been a much patronised people.

This, too, is dying, albeit slowly and unevenly. A younger, more highly educated population does not take kindly to the notion that it owes its access to basic social rights to the benevolence of a charitable church or the patronage of a political fixer. Instead of being grateful for small mercies we are much more likely to be angry at the failures of the systems we fund to deliver decent and equitable services.

Lastly, 19th-century Irish nationalism is all but dead. There was, in this case, nothing unique about Ireland. It followed the nationalism developed largely in early-19th-century Germany, the idea that the “people” was a single unit defined by its cultural and linguistic distinctiveness and entitled to its God-given “natural” territory. It also followed the common habit of defining itself by what it was not – in the case of Irish nationalism, not English.

This 19th-century nationalism died formally and legally in 1998, when Irish people voted overwhelmingly to change articles two and three of the Constitution. There is no longer a monolithic “people” but a pluralist idea of multiple identities. And there is no longer a claim to lost territory but a desire to see Ireland as a shared space.

The force that kept the old nationalism in place – Anglophobia – has also died. No one could be bothered to protest the recent visit to Ireland of Prince Charles and his wife. It just doesn’t matter any more.

The ground beneath our feet is thus not what it was. The granite-hard rock of the 19th century has been gradually replaced by a more permeable sandstone through which a much more fluid identity can pass. It is in this sense that the long Irish 19th century is coming to a close.

This is epic stuff, but it doesn’t always feel that way. The processes have been agonisingly slow, the vestiges of the old order are still very real, and the whole thing is rather belated. It is generally only at extraordinary moments like the revelation of the results of the referendum to repeal the Eighth Amendment that the underground tremors that have been there for many decades are suddenly felt at full force on the surface. Yet those moments tell a stark story: the story of a society at last emerging from the shadow of the darkest event in its history.

If the Irish 19th century is dead, the systems, institutions and attitudes it forged must surely be interred with its bones. A clientelist politics of imaginary patronage; a top-down administrative culture that always knows best; a zero-sum nationalism of triumphs and defeats; a religion that is still invested in temporal power; a citizenry that is grateful for small mercies; a persistent failure to create public services that belong equally to all the public: these are the leftovers of a century that went on way too long.

It is long since time for us to ask what our own time demands. 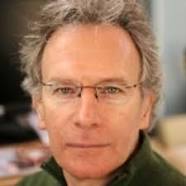 Fintan O'Toole is an Irish columnist, literary editor, and drama critic for The Irish Times, for which he has written since 1988.