FIONA ARMSTRONG. Who will address the health emergency of climate change?

Climate change causes many health problems and will have enormous impacts on Australia’s health system. Yet most Australian governments have been slow to prepare the health services for the inevitable challenges. Fifty health, social welfare and conservation groups, representing over one million Australians, have issued an open letter to all political parties and candidates in the forthcoming election, calling for the next government to develop and implement a National Strategy on Climate, Health and Well-being.

Doctors, nurses and paramedics know how to respond to an emergency. They plan, as best they can, for what lies ahead, calmly evaluate the options, then act as quickly as possible; with all hands on deck. Right now, Australian health workers are seeing a climate emergency unfold but little to no response.

Our health system is under strain, with emergency departments treating some 22,000 patients every day in hospitals around the country. Leading public health officials and academics, who are looking to what may lie around the corner, are warning that climate-related disasters are likely to place further sudden and unexpected demands on the health system. The warning issued via the Medical Journal of Australia this week is just the latest.

As respected climate change and health researcher Associate Professor Grant Blashki, of the University of Melbourne, put it: there is “an upper-limit to how much a health system could adapt to climate-related health risks”. As an emergency doctor has observed, on the third day of a heatwave hospital emergency departments see ‘drove’ of elderly people being admitted.

Blashki also points to Australia’s wildly contradictory approaches to climate policy, with the potential approval of a massive new coalmine in Queensland completely at odds with worldwide climate mitigation efforts, ultimately putting the health and wellbeing of future generations at risk.

This is not new. It is now ten years since the internationally renowned medical journal The Lancet called climate change “the biggest threat to global public health this century”.

Little wonder, then, that health and welfare groups are becoming increasingly anxious at the Australian parliament’s inability to develop (and stick to) a coordinated national response to what the World Health Organization describes as a “health emergency”.

This list of climate impacts is only predicted to grow. Outbreaks of infectious diseases are on the rise alongside heavy rainfall events and subsequent flooding. Flooding (and bushfires) are responsible for an increasing number of deaths, as well as adverse impacts on the respiratory and mental health of people caught up in these devastating extreme weather events, including ongoing psychological distress.

However, while alarm bells are ringing within health organisations and networks, most Australian governments (with a few exceptions) are ill-prepared to respond to the growing health impacts of climate change.

That’s why almost 50 health, social welfare and conservation groups have formed an unprecedented coalition to lobby all political parties and federal election candidates on this issue. Collectively, these organisations represent almost one million Australians, and include the Royal Australasian College of Physicians, the Australian Nursing and Midwifery Federation, and the Australasian College of Emergency Medicine.

In an Open Letter, the coalition calls on all candidates and political parties to acknowledge “the significant and profound impacts climate change has on the health of people and our health system” and calls for a National Strategy on Climate, Health and Well-being to be put in place, based on the framework developed by health stakeholders.

This strategy must outline how our federal government will rapidly reduce greenhouse gas emissions, with emphasis on a quick transition to renewable energy in the electricity and transport sectors, as well as phasing out fossil fuel subsidies.

Unfortunately, without a nationally coordinated effort this is likely to result in a piecemeal approach that does not benefit the greatest number of Australians in the most cost-effective way. This is why the commitment from the Australian Labor Party to develop a national climate change and health strategy is so important. In a welcome display of cooperation, the Australians Greens Party has also pledged its support. Now, health leaders and groups are looking to the Coalition for signs of a similar commitment.

In our Open Letter, signatories write: “We stand ready to assist the next Australian Government to further develop and implement comprehensive policy to avoid further loss of life, injury and illness that will inevitably result if there is any further delay.” This is a genuine offer. We stand ready and willing to pitch in on whatever is needed.

Climate change is a long game, but the health benefits from acting can be experienced immediately. Let’s hope the next parliament will be occupied by MPs and Senators who are willing to listen to their constituents, consult the experts, respond to evidence, and ready to reap both the short- and long-term rewards from developing an integrated approach to tackling climate change and health.

Fiona Armstrong is the Founder and Executive Director of the Climate and Health Alliance, which led the development of the open letter. 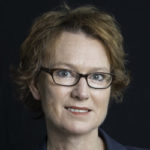 Fiona Armstrong is an international leader in the field of climate change and health. She is the Founder and Executive Director of the Climate and Health Alliance, Australia; a co-founder and Director of CLIMARTE: Arts for a Safe Climate; Fellow at the Centre for Policy Development; and one of Westpac and AFR 100 Women of Influence 2016.