First Nations people, their health, and this coronavirus

The results of the efforts to suppress the potential damage to Indigenous Australians from the pandemic should be used as an example of how Indigenous people can be more meaningfully involved in their own health programs.

The pandemic has exposed Indigenous people to more serious risks than to the general public, partly because of higher rates of co-existing diseases. Despite this, Indigenous people have reported comparatively low case rates. Are there wider lessons to be learned from this experience?

The coronavirus pandemic has affected many millions of people, caused hundreds of thousands of deaths, and has created worldwide social and economic devastation. Particular groups of people are more susceptible to Coviud-19, including the elderly and those with pre-existing illnesses. The increased risk of poor outcomes, including death, is higher in Indigenous populations because of their generally poorer health and lower socio-economic and living conditions.

These higher risks led the National Aboriginal Community Controlled Health Organisation (NACCHO) to raise concerns earlier this year about the damage the pandemic could wreak on First Nations people. Its CEO, Pat Turner, said on an ABC current affairs program . . . “I can’t be blunter, if COVID-19 gets into our communities we are gone.”

Government support was provided from the early months of the outbreak, through clinical services, providing personal protective equipment and helping to control the movement of people into and across Indigenous communities, particularly in remote areas. In NSW, for example, the Health Department issued guidelines for visitors, workers and organisations on how to contact local emergency committees to obtain advice and be granted access to remote Aboriginal communities.

Controlling the entry and exit of people to and from remote communities can be very difficult, especially when those places are within driving distance of towns. In remote areas the movement of people cannot readily be policed. Despite this, many communities have controlled such movement to the best of their capabilities to lessen the risk of the spreading pandemic.

It is more difficult to control the movement of people in major cities and regional areas and towns, which is where most Indigenous Australians live. Going about their day-to-day lives exposes them to infection, like everybody else. Aboriginal-controlled health and medical services and organisations were pro-active very early on in establishing strong community-based networks to safeguard people living in rural and remote areas, regional centres and major metropolitan areas, and from the tropical north to southern capitals. In that way everyone in the communities was made aware of the pandemic and its potential risks, received advice on how to avoid infection and was provided access to personal protective equipment.

As of August 30, there have been only 134 cases of coronavirus infections in Aboriginal and Torres Strait Islander people, according to the federal Health Department. Most involved people living in major cities; only a few cases were from remote and very remote areas. Just 0.5% of all coronavirus infection cases reported nationally involved Indigenous people, who comprise approximately 3.3% of the Australian population. This experience has potentially useful implications.

The early start by Indigenous health organisations nationally to raise awareness of the potential risks of the pandemic was prudent and probably helped prevent spread of the virus. Local Indigenous health services and communities also took practical steps, such as alerting people to the risks, testing them when indicated, providing personal protective equipment and helping with “social distancing”.

Indigenous people and organisations showed they are capable of coping with serious health problems at the local level and wider afield. The strong networks among Indigenous people, including extended family ties and the close links that exist in clans over vast tracts of the nation, helped substantially.

For decades, Indigenous people have been pushing to be given greater responsibility in decision-making and running their own health and medical services at administrative as well as clinical levels. This has also been a major plank in the federal government’s commitment to revamp efforts to remove the persisting gaps in health standards between Indigenous and non-Indigenous Australians

The results of the efforts to suppress the potential damage to Indigenous Australians from the pandemic should be used as an example of how Indigenous people can be more meaningfully involved in their own health programs. 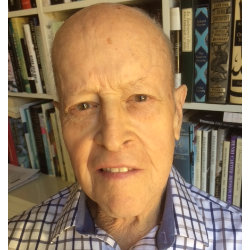 Michael Gracey is a paediatrician who has worked with Aboriginal patients , their communities, and organisations for more than forty years. He was Principal Medical Adviser on Aboriginal Health to the West Australian Department of Health, became Australia's first Professor of Aboriginal Health, and is a previous President of the International Paediatric Association.