Five Eyes on the Afghan collapse-one eyed or blind? 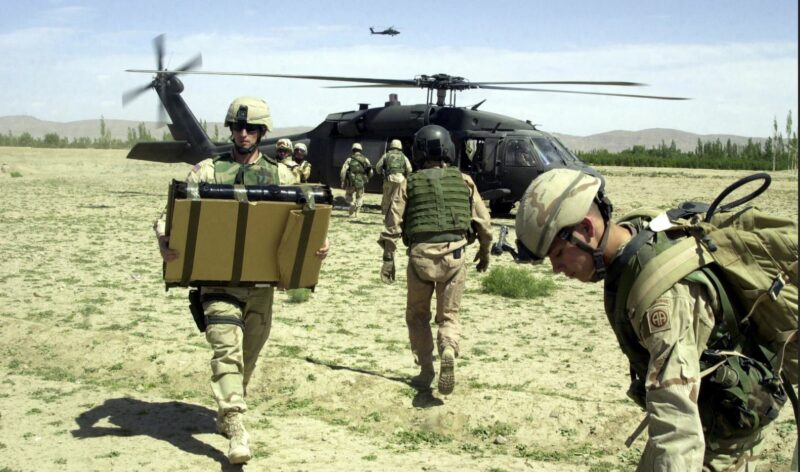 The catastrophic failure of US and coalition intelligence in Afghanistan offers serious food for thought about the extent to which Australia relies on the vaunted Five Eyes arrangements.

Attempts by Treasurer Josh Frydenberg and other ministers to extend a reliance on these arrangements, beyond the purely security and military, need to be very carefully reviewed.

The blame shifting about the dramatic collapse of the Afghan government has centred around the failure of US and allied intelligence to foresee the speed and spread of the Taliban’s success. All of which contributed so much to the chaos which impeded efforts to evacuate foreign nationals and Afghans who had worked for foreign embassies and military forces. Posing the fundamental question of how this could occur given the decades and hundreds of millions of dollars expended by the US and its coalition partners on the plethora of all their intelligence operations in Afghanistan and its supposed technological sophistication.

Serious post mortems surely will now be well underway but already there is growing evidence that the intelligence failings trace back to years of optimistic military assessments and consequential decision making. Just take the recent ASPI review “The War in Afghanistan”, which chronicled optimistic policy statements on Afghanistan by Australian political leaders on both sides throughout the duration of the war.

As more details emerge there is increasing concern about how poorly the real situation in Afghanistan was understood by the US leadership – and its coalition partners. In a compelling article in the reputable Foreign Affairs on September 3 (“Afghanistan’s Corruption Was Made in America”), Sarah Chayes details the repeated failure of the US political and military leaders to take account of advice on the fundamental weaknesses of the Afghan government and military wrought by the rampant corruption within its upper levels.

Chayes had spent seven years on development work in Kandahar before serving as special assistant to two commanders of the International Security Assistance Force – Generals Stanley McChrystal and David Petraeus. She referred to two surveys in 2010 which estimated that the total amount paid in bribes could be as high as 13 per cent of GDP.

A well-sourced September 4 Washington Post article (“As they did on the battlefield, the Taliban outlasted the US at the negotiating table”) provided a lengthy history of US negotiations with the Taliban. This set out the years of “on again off again” discussions until former President Donald Trump decided that as there was no likelihood of a military defeat of the Taliban a political deal had to be negotiated. But in turn that proved difficult as the Taliban, convinced time was on their side, refused to negotiate with former Afghan president Ashraf Ghani. Ghani was forced by the US to release 5000 prisoners (Taliban and ISISK) to broker a basically one-sided agreement with the Taliban so that he could move ahead with his withdrawal of US forces. Later it also emerged that Trump had wanted to invite the Taliban leadership to Camp David to celebrate the deal and wring whatever domestic political advantage he could out of it. Details of much of all of this were closely held by the White House.

Another interesting facet of the blame game has been the categoric nature of the US and coalition military leaders’ assertions that they did not have any intelligence to suggest that the Taliban takeover would be so speedy and complete. US chairman of the Joint Chiefs of Staff General Mark Milley categorically claimed that: “There are not reports that I am aware of that predicted a security force of 300,000 would evaporate in 11 days”. Though President Joe Biden was a little more circumspect when he let drop in one of his statements to the nation that the risks of what had happened had been “priced in” to his decision to complete the troop withdrawal.

In Britain this issue escalated into some harsh exchanges between Foreign Secretary Dominic Raab and Chief of Defence Force Nick Carter. Raab was quick to criticise the failure of military intelligence to predict the rapid downfall of the Afghan government. To which Carter retorted that “everybody got it wrong … it was a much broader thing than just strictly military intelligence”. For some time, Raab’s concerns about elements of the US-led coalition policy on Afghanistan had been rising. In a BBC interview Sir Nicholas Kay – recently retired British ambassador and NATO political representative in Kabul – revealed he had held doubts for some time about US policy but acknowledged that the US was in control of the coalition and shared “what it was comfortable with”. He instanced the “weak” agreement signed between the US and the Taliban as being balanced very heavily in the Taliban’s favour and influenced by Trump’s domestic political agenda.

From all of this it was little surprise when our own Chief of Defence Force General Angus Campbell also took to the hustings this week to express surprise at the “cascade of collapse … But I don’t know of anyone who predicted, other than in the glory of 20/20 hindsight, how quickly it would occur…” .

It is noteworthy that throughout this heated discussion of the intelligence failings there has been no reflection on its implications for the vaunted Five Eyes intelligence sharing arrangements – on which successive Australian governments of both political persuasions have placed so much stead. We certainly need 20/20 hindsight and more!

The failure to anticipate the speed of the outright Afghan collapse of Kabul – with barely a shot being fired – is the culmination of a fundamental misread of the real Afghanistan and the longer term strategic and tactical policies deployed by the US and coalition there. It eerily also echoes so much of the US “policy driven intelligence” which characterised much of the Vietnam War (which I observed at first hand serving in Saigon and Washington at the time). For Australia, unquestionably it represents another failure of Five Eyes and the extensive embedding of our own military and intelligence personnel in the US system. It should remind our leaders that “interculpability” comes inextricably with Holy Grail of “interoperability”.

It should also underline the need to tread very carefully with any spread of Five Eyes involvement into other areas of government such as Frydenberg has been pushing. To do so will only serve to expose these areas to the same degree of control which the US has exerted over independent national security agendas as exemplified in the whole Afghanistan experience.