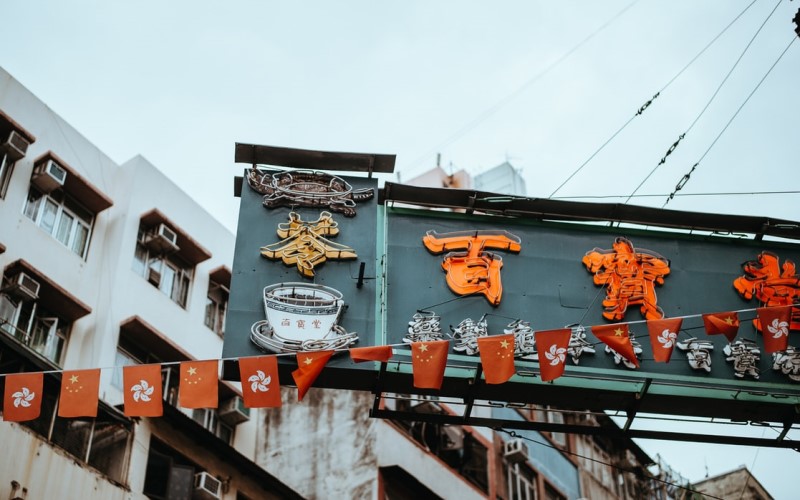 ‘One country, two systems’ is key to Hong Kong’s success, notwithstanding the best efforts of the US and its partners.

Although foreign interference in the internal affairs of other countries is common, defensive strategies are not always easy. After 1997, the Basic Law provided Hong Kong with a high degree of autonomy, and some foreign actors sensed an opportunity for troublemaking. They viewed the “one country, two systems” principle not as a godsend, but as a means of promoting their foreign policy objectives at Beijing’s expense.

Although the United States took the lead, its Five Eyes intelligence alliance partners were happy to play along. In 2003, they stoked public concerns over the proposed national security laws, disregarding the city’s constitutional obligation to enact them (Basic Law, Art.23). In 2014, when Occupy Central protesters paralysed parts of the city, they were fulsome in their praise of them. In 2019, having galvanised their proxies, including former governor Chris Patten, former chief secretary Anson Chan Fang On-sang, and media mogul Jimmy Lai Chee-ying, they decried proposals to enable the return, subject to judicial oversight, of criminal fugitives to the 177 jurisdictions with which the city has no fugitive surrender agreements.

Using front organisations, like the National Endowment for Democracy, the US Department of State has, over the years, pumped vast sums of money into political entities and pressure groups hostile to government policies, and media groups critical of China have been lionised. Close ties were established with local politicians prepared to bad-mouth their country, and they were red-carpeted whenever they visited Washington. Anybody willing to malign China’s governance of Hong Kong was hailed for their “pro-democracy” credentials, and their excesses, however outrageous, were tolerated.

In 2019, after the protest movement and its armed wing launched their insurrection, the US seized the moment. Every encouragement was provided to their leaders, and the black-clad violence was whitewashed. Whereas House of Representatives Speaker Nancy Pelosi praised the events that were unfolding as “a beautiful sight to behold”, Senator Ted Cruz arrived in the city dressed in black to demonstrate “solidarity” with “freedom fighters”, and Congressman Scott Perry introduced a bill into the House of Representatives to authorize the US President to recognize Hong Kong as “a separate, independent country”. After the Legislative Council in Hong Kong was trashed, one of the leading culprits, Brian Leung Kai-ping, was not only welcomed to the US but also invited to the Congress, a sure sign, if not of its complicity in the outrage, then of support for it.

On the ground, the US Consulate General also moved into top gear, presumably as instructed. Shortly after the violence took hold, for example, its political counsellor, Julie Eadeh, was discovered meeting covertly at a hotel with protest leaders, including Joshua Wong Chi-fung and Nathan Law Kwun-chung. Once rumbled, her superiors, instead of coming clean, tried to brush the tryst off as “routine”, which fooled nobody.

Indeed, the consul general, Michael Hanscom Smith, even visited the law offices of the Civic Party chairman, Alan Leong Kah-kit, whose party members had earlier implored the US to withdraw the city’s trade privileges and sanction its officials. Even though Leong, shortly after the mayhem began, had thrown petrol onto the flames by telling university students that violence could be justified, and “may somehow be the solution to end a problem”, this in no way dampened Smith’s eagerness to see him, and it does not take a genius to figure out why.

However, with the enactment of the National Security Law for Hong Kong on June 30, 2020, things changed drastically. The scope for foreign interference in the city’s affairs was greatly diminished, and agents involved in intelligence gathering and covert operations faced a wholly new world. Their masters, therefore, reacted furiously, realising they had been outmaneuvered. The US described the security law as “a tragedy for Hong Kong”, and urged its Five Eyes partners to join it in adopting measures to harm the city. These included sanctions, trade embargoes, suspension of fugitive surrender agreements and travel advisories, all intended to increase the city’s agony and reduce its prospects of revival.

However, after years of foreign meddling in its affairs, the security law has now provided Hong Kong with a defensive mechanism. In particular, subversion, secession and collusion with external elements to endanger national security are all criminalized, and those who aid, abet, counsel or procure such activities are, under the accessories’ law, also prosecutable. The new law, moreover, has extraterritorial reach, and suspects elsewhere, even if not Hong Kong permanent residents, can be prosecuted for breaching it. This, of course, has really irked those, like the UK-based Hong Kong Watch and the US-based Hong Kong Democracy Council, who imagined they could plot the city’s downfall in foreign parts with impunity.

But, even though the Five Eyes resent the curtailment of their activities, this was not their primary concern. Having been able to manipulate “one country, two systems” to their own advantage for 23 years, they have now, with the security law, lost an important base for the internal disruption of China. They, of course, already possess similar laws themselves, and, whenever other countries around the world have introduced national security legislation, they have hardly batted an eyelid. It is only when China dares to take steps to protect itself that they become upset, and their hypocrisy is highlighted by the severity of their own security laws.

In 2017, for example, the then-prime minister of Australia, Malcolm Turnbull, declared that foreign powers were “making unprecedented and increasingly sophisticated attempts to influence the political process, both here and abroad”, and this could not be countenanced. In 2018, therefore, in what his government called the most significant counter-espionage reforms since the 1970s, a package of laws aimed at preventing foreign interference was enacted. They criminalize covert, deceptive, or threatening actions from elsewhere that endanger the country, and they were complemented in 2019 by a law which proscribes foreign political donations of A$1000 ($750) or more.

On October 4, moreover, Singapore’s parliament approved a law to counter foreign interference in the internet era. The Foreign Interference Countermeasures Act (FICA) is designed to combat what the government calls “serious threats” from elsewhere. The Law and Home Affairs Minister, K. Shanmugam, says the internet has become “a powerful new medium for subversion”, and the authorities will now be able to order internet providers and social media sites to disclose user information or block hostile content. The minister can, in the public interest, order investigations to “expose hostile information campaigns”, if there are suspicions of foreign interference. If, moreover, an individual or entity is designated as being “politically significant”, meaning their work is politically oriented, they will be required to submit regular reports concerning their donations and foreign affiliations.

Also, FICA creates a slew of new offenses. If, for example, somebody publishes something in Singapore on behalf of a foreign entity to “influence a target to do something that is or is likely to be prejudicial to Singapore’s interests, incite feelings of hatred or diminish public confidence in the authorities”, they are liable to prosecution. Any violation or intention to publish information online without disclosing the involvement of foreigners will be punishable by up to 14 years’ imprisonment and a fine of S$100,000 ($74,366), while an entity, such as a news site, faces a fine of up to S$1 million.

If anybody wants to challenge the minister’s decisions, the appeal will not be held in a court but before a specially appointed reviewing tribunal, whose decision is final. This, the government says, is necessary as sensitive intelligence may be involved, engaging national security. Shanmugam has explained that FICA is “intended to address a serious threat that concerns our national security and sovereignty”, adding that it enables Singaporeans to “continue to make our own choices on how we should govern our country and our lives”.

Although FICA, which has extraterritorial application, is undoubtedly a tough piece of legislation, the government obviously feels it is necessary. This, however, has not pacified the 11 international rights groups who, on October 13, issued a joint statement saying that Singapore’s “already limited civic space” will be narrowed yet further by it, and urging its withdrawal. They claimed it would “significantly undermine the government of Singapore’s obligations under the international law to protect, promote and fulfil human rights”, and result in the “curtailment of civil freedoms to the detriment of the people”. Their particular concern appears to be the impact FICA will have on people in Singapore who work with their foreign counterparts on domestic sociopolitical issues.

However, their concerns are not, it seems, shared by the Five Eyes, or, if shared, are not articulated. This is either because they realise that “those who live in glass houses should not throw stones”, or because they know it is none of their business, or both. They also understand that it would never do to upset Singapore’s government, not least because they are always wooing it, seeking one favour or another. They have, therefore, kept mum, even though FICA is at least as stringent as the National Security Law for Hong Kong, and, in some respects, much more so.

If, therefore, anybody was still in any doubt, it is now clear that the concerns expressed by the Five Eyes over the National Security Law are artificial, and based on self-interest. Their activities in Hong Kong, whether surreptitious or overt, have been curbed, and their scope for mischief-making is now minimal, and this they resent. They have, however, not given up, and, for example, in its Strategic Competition Act 2021, the US has allocated US$10 million for the promotion of “democracy in Hong Kong”, meaning its destabilisation.

However, notwithstanding the best efforts of the US and its partners, the “one country, two systems” policy has survived, and remains the key to Hong Kong’s future success. If they, or their proxies, try to harm the city again, they will discover that it can now defend itself, and that they are on a hiding to nothing. They will, hopefully, have learnt from past mistakes, and may yet wise up. After all, if there is rejoicing in heaven when a sinner repents, imagine the ecstasy that will erupt if the Five Eyes finally see the error of their ways.