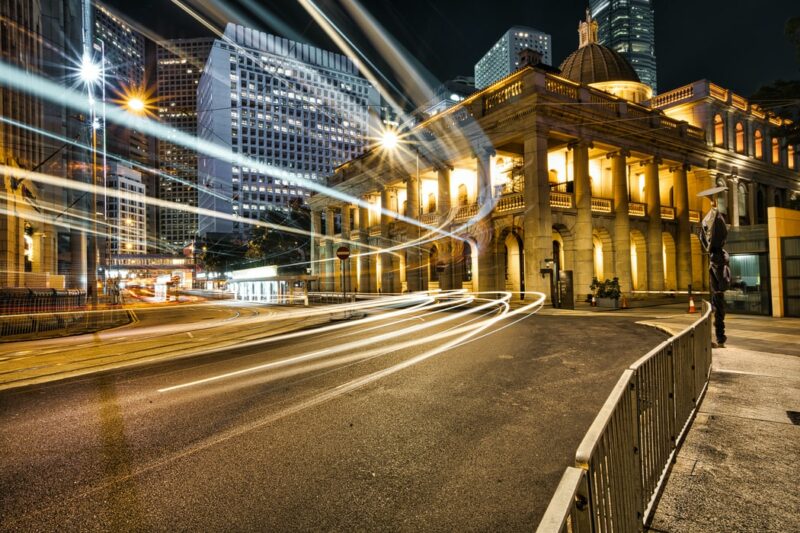 One of Hong Kong’s greatest assets has always been the rule of law. What better way, therefore, for anybody wishing to harm Hong Kong than to undermine its legal system.

Once the insurrection erupted in 2019, its backers quickly realised that the judiciary was an obstacle. Judges were not only holding rioters to account and punishing protest-related violence, but also issuing orders to prevent doxxing and keep the city running. In retaliation, petrol bomb attacks were launched on the Hong Kong Court of Final Appeal, the High Court and the Shatin Magistrates’ Court, and judicial officers were threatened.

Elsewhere, the protest movement’s sympathisers also focused on the city’s legal structures, including its judges. On November 6, 2019, for example, the chairman of the UK Parliament’s House of Commons Foreign Affairs Committee, Tom Tugendhat, who embraces every anti-China initiative going, indulged himself at the HKCFA’s expense. While the judges were struggling to maintain law and order, and long before the enactment of the National Security Law for Hong Kong, he stoked concerns over the presence on it of British judges, claiming they gave the appearance of UK complicity “in a system that is undermining the rule of law”.

This, of course, was gibberish, coming from an individual with no understanding of the integrity of Hong Kong’s judicial system, let alone its high standards. Under an established arrangement, overseas judges, of whom there are currently 12, sit by invitation as HKCFA non-permanent judges, and they have served Hong Kong well since 1997. As the judges themselves confirm, the system works well, and its continuation is supported not only by legal professionals but also by the wider community, irrespective of political affiliation.

Whereas exhortations by the likes of Tugendhat were discomfiting, the attempts at judicial weakening became more sinister once more senior figures weighed in. On September 18, 2020, for example, the former Conservative Party leader, Iain Duncan Smith, told The Sydney Morning Herald that the future of all the overseas judges needed to be considered as their presence was providing “cover to what is a totalitarian regime”. In a particularly ugly slur, he declared that, whereas judges in the United Kingdom and Australia were “free to reach decisions without fear or favor”, this was “not the case in Hong Kong”, for which, of course, he provided no evidence.

Unfortunately, fallacies of this type extend beyond the Conservative Party’s hard right, and have also contaminated the opposition Labour Party. On June 12, for example, its Asia and Pacific spokesman, Stephen Kinnock, appeared at what was called a “Stand Up For Hong Kong” rally in London, and indulged in some inflammatory ranting. Having declared that its legal system was “completely broken”, he announced that “our judges must stop sitting in the Court of Appeal”, by which he presumably meant the HKCFA, although the difference between the two courts appears to have eluded him.

In any event, it was a great pity that, before unleashing his venom, Kinnock did not speak to Lord (David) Pannick, the eminent British barrister who often appears in the HKCFA, and could have briefed him before he made a fool of himself. Indeed, on March 22, Pannick told the House of Lords that he had conducted a case there only two weeks previously, and “the court seemed to me to be as independent as it has been since 1997”.

However, nobody has tried harder to harm Hong Kong than the UK’s foreign secretary, the hapless Dominic Raab. Once the National Security Law was enacted on June 30, 2020, he prattled away endlessly about it having violated the Sino-British Joint Declaration of 1984, without ever appreciating that it said nothing whatsoever about national security. He did this to lay the groundwork for a series of initiatives designed to weaken the city, such as an arms embargo, and his suspension of the UK-Hong Kong Fugitive Surrender Agreement has hurt both jurisdictions, with only criminals having benefited. It was, moreover, only a matter of time before he turned his attention to the HKCFA.

On November 24, 2020, succumbing to pressure from the likes of Duncan Smith, Tugendhat and Kinnock, Raab said he was considering the situation of the British judges on the top court. He announced consultations with Lord (Robert) Reed, president of the UK Supreme Court, over “whether it continues to be appropriate for British judges to sit as non-permanent judges on the Hong Kong Court of Final Appeal”. This, of course, played very well with those who believe that the best way to undermine Hong Kong is to strike at its judiciary, but there was an obstacle. Raab and his acolytes reckoned without the HKCFA’s overseas judges, who have repeatedly made it clear that they will not act contrary to their consciences, let alone be pushed around by him or anybody else.

The former chief justice of Australia, Robert French, who has sat on the HKCFA since 2017, declared that he had no intention of resigning, as he had “the greatest admiration for the chief justice and the other permanent judges of that court, and for their commitment in maintaining its independence”. From Canada, the former chief justice, Beverley McLachlin, the first female to be appointed to the HKCFA in 2018, declared that she also would be holding her ground. She said the court was providing a “very high level of judging”, ensuring that the law was “very vigorously applied”, and its judges represented “the highest traditions of impartiality around the world”. Both French and McLachlin have recently accepted new three-year terms of appointment in the HKCFA, as also have Lords (David) Neuberger and (Robert) Walker, which will be welcomed by everybody who wishes Hong Kong’s legal system well.

From the UK, moreover, Lord (Jonathan) Sumption, who joined the HKCFA in 2019, pulled no punches in its defence. On March 18, he wrote in The Times that the calls for British judges to withdraw were designed “to pressure Beijing to change its position on democracy”, that the National Security Law contained “guarantees of human rights”, and that the overseas judges “will serve the cause of justice better by participating in the work of Hong Kong’s courts”. In what was clearly a devastating rebuke to Raab, he emphasised that, “as a Hong Kong judge, I serve Hong Kong people”, and that “I must be guided by their interests, and not by the wishes of UK politicians”.

So it was that, faced with judicial grit of the highest order, Raab had little choice but to back off, and so it proved. On August 27, Lord Reed announced that, after discussions with Raab and the lord chancellor, Robert Buckland, he and his deputy, Lord (Patrick) Hodge, would continue to sit in the HKCFA, and that he had satisfied himself that the judiciary remained “largely independent” of government. He could, of course, have said “wholly independent”, given that the judiciary’s independence is constitutionally guaranteed by the Basic Law (Article 85), but he presumably felt, as a sop to Raab, that he needed to qualify his assessment. Since Reed had previously indicated that he would not serve or nominate judges to sit on the HKCFA if the security law undermined judicial independence or the rule of law, his conclusion that the judiciary’s decisions “continue to be consistent with the rule of law” is highly significant, albeit a statement of the obvious.

However, Reed’s decision has not gone down well with the traditional anti-China forces in the UK, who find the truth distinctly unpalatable. The Labour Party’s shadow Attorney General, Lord (Charles) Falconer, for example, said Reed and Hodge “should not let themselves be used by a government that the UK says is breaching the Sino-UK agreement on Hong Kong and is undermining the rule of law”, a slur both judges will deeply resent. As for Johnny Patterson, the policy director of Hong Kong Watch, the propaganda outfit operated by the serial fantasist, Benedict Rogers, he accused Reed of “providing a veneer of legitimacy to a system which no longer deserves to be considered a bastion of the rule of law”, and called his decision an “utter embarrassment”.

Determined not to be outdone, Luke de Pulford, another Hong Kong Watch functionary, who co-founded, and now co-ordinates, the rabidly anti-China Inter-Parliamentary Alliance on China, chimed in with a bizarre theory of his own. He claimed that Reed’s decision “has little to do with the rule of law, and a lot to do with massive pressure exerted by UK lawyers practising in lucrative Hong Kong who want the status quo”, a theory which, if nothing else, should amuse Reed. What, of course, people like Falconer, Patterson and Pulford find so hard to stomach is the realisation that, once objective observers assess the situation, their favourite fallacies crumble into dust, and not even Raab can turn things around for them.

Although Reed’s decision bodes well for the rule of law, the threats remain. After all, the judiciary has been targeted by the protest movement and its foreign allies precisely because it has been so successful in upholding traditional values and protecting Hong Kong from those who wish it ill, and they will not relent. Indeed, notwithstanding his endorsements, Reed still felt it necessary to declare, presumably to keep Raab onside, that he “would continue to assess the position in Hong Kong as it develops, in discussion with the UK government”.

When that discussion takes place, Reed will hopefully convey not only the views of his fellow HKCFA judges about the legal system’s continuing success, but also explain how the judiciary remains as impartial, professional and vibrant as ever.