Afghan Refugees and the Tampa: will we be cruel again?

Have Australian hearts softened towards Afghan refugees in the twenty years since the Tampa incident? Hopefully, yes..

Late August 2001: a freezing Armidale day, with sleet shafting down. Safe and snug as a joey in a pouch, I’m listening to the Tampa radio reports. Solid house, heater, mug of hot tea. What a good life! Millions of us came here seeking just this.

Arne Rinnan, the Norwegian captain of the Tampa, saves 433 terrified, defenceless, horribly seasick Afghans and Iraqis from drowning that day. A Federal election is due—and it’ll be very close. With fox-like speed and cunning, government and opposition alike prick up their ears and sniff the wind. Quivering nostrils detect a delicious, rancid old stench: fear, sour tribal racism, ignorance. Dials of voting figures begin to whirr and spin in their eyes.

The country erupts in xenophobia. Alas, Prime Minister Howard does not stand, statesmanlike, in the ruins of a firebombed mosque and rage against the bombers. Nor does he console terrified Muslim schoolchildren whose bus has been pelted with stones, or agonise over the smearing of faeces on a mosque door. He even threatens to charge the Norwegian captain with people-smuggling. But he’s a hero overnight anyhow.

Whipping up an external enemy has saved many a slippery political skin over the years. A shiver of fear, a shudder of racism, and suddenly we’re voting, not with our brains and hearts, but with our spleens.

The Tampa affair seems to prove that hostility to outsiders is so natural it will always triumph. Yet deep below the surface, impelling us onwards, is the slow, ages-old surge of evolution. Know it or not, all of us swim in that irresistible tide. ‘An eye for an eye’ may seem barbaric now: but in its day it was a revolutionary new moral leap forward. Its amazing leniency must have baffled everyone, because till then the rule had been ‘A life for an eye’. Poke out my eye, steal my cow, insult my family––and I’ll kill you! Wild, all-consuming lust for vengeance must have seemed rooted in the very core of human nature. But its time, too, came and went.

The next step, Christ’s injunction to actually love and do good to those who hate us, is still beyond most of us. But who knows? The inexorable evolutionary force of nature may one day impel us past the primitive, warlike stage we’re in now, and on to that unimaginably more humane and mysterious one.

Of course the flow of evolution isn’t uniform: it ebbs and flows by trial and error. One branch shoots out fresh growth while another, stunted, dies. If we don’t learn to live together in peace we may end by snipping off our twig altogether.

But it’s heartening to look back at arguments that once caused fur to fly, and see which side has stood the test of time. Despite the racist horrors of the past century—wild, thorny shoots from the ancient root-stock—our human views about each other are changing radically. In my grandfather’s lifetime you could shoot Aborigines with impunity; slavery was still considered a normal, godly fact of creation. When my father was young, American families were still being photographed out in their festive Sunday best to picnic merrily and gawp at lynchings.

In my own lifetime the Australian mainstream was sniffily amused when colonies demanded independence. Millions applauded the White Australia Policy, chuckled or sneered at the idea of women’s rights, mocked ‘peaceniks’, ‘tree-huggers’, Aboriginal rights activists and anyone who objected to apartheid, the jailing of homosexuals or the death penalty.

But change happened anyway. The country flourished, even in small ways. People who once tossed rubbish out car windows now proudly recycle; once-staunch upholders of the White Australia Policy are saved by Indian or Chinese doctors. And for most Australians a Treaty with our First Nations people is a given.

In 1971 a former Chief Government Whip and ambassador to Greece, HB Gullet, raged at the decision to phase out the White Australia Policy.

It was the most important and dangerous and perhaps terrible step ever taken…to destroy everything that we have ever stood for, everything that makes Australia worth living in…

Such words seem bafflingly silly today. Though at the time people who angrily defended old entrenched positions sensed nothing, all the while the relentless evolutionary tide of history was quietly sweeping them out to sea, to strand them at last on remote and deserted reefs. Now only the most stubborn still cling, like crabs on a rock, to the old ways.

Now it seems this week’s desperate Afghan refugees are touching hearts as they failed to twenty years ago. May we Australians gladly go with the evolutionary flow… 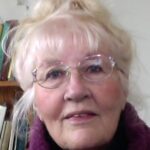 Frances Letters is the author of 'The Surprising Asians', studied by a quarter of a million NSW School Certificate English students in the 1960s and 1970s, and 'People of Shiva: Encounters in India'. Her memoir 'Razor-wire round the heart: snipping bigotry away' will be published in 2022.