The fraying of judicial nerves in migration cases 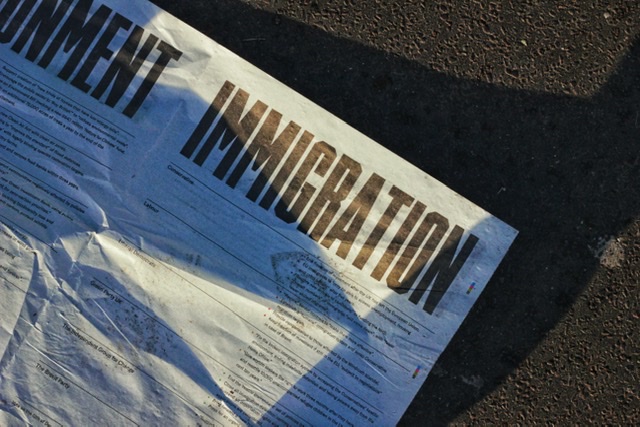 George Brandis as Attorney-General started a round of appointments to the Administrative Appeals Tribunal (AAT) and to the Federal Circuit Court which has continued to adversely impact the fair and efficient resolution of refugee and migration cases. The under-resourcing of these bodies is also impacting decisions.

Australian governments and judges have been playing catch-up for a long time, trying to deal with the backlog of claims for migrant visas. A couple of recent judgments highlight the frustration at work in the system. The Refugee Review Tribunal and the Migration Review Tribunal are now part of the Administrative Appeals Tribunal (AAT). The AAT receives about 30,000 applications for review of visa decisions each year.

An applicant for a visa dissatisfied with the decision of the Minister’s Delegate can appeal to the tribunal. If the AAT agrees with the government decision to deny a visa, the unsuccessful applicant can then appeal to the Federal Circuit Court which is limited to deciding if the AAT made a jurisdictional error of law in reaching its decision. The Court receives over 6,000 migration applications a year, managing to finalise about 4,000 a year. Half these applications are from asylum seekers wanting a protection visa. The other half are mainly applications for student visas, skilled migration visas or partner visas. Once again, an unsuccessful applicant can appeal points of law up the court chain to the Federal Court of Australia and ultimately to the High Court of Australia.

A couple of years ago, the Macquarie University’s Social Justice Clinic published some disturbing findings revealing that all was not well with this system of judicial review. The study unearthed great disparities in the outcome of appeals dependent on the personality of the particular judge deciding the case. Associate Professor Daniel Ghezelbash explained:

“We only examined members who had decided 50 or more cases to ensure the sample is large enough to be statistically relevant. Two members did not find in favour of a single asylum seeker applicant, and another 16 had approval rates of less than 5%. At the other end, one member decided in favour of the asylum seeker in 86% of cases, while another three members had approval rates over 40%.”

The publicity surrounding the findings focused on the judicial activity of one judge in particular: Judge Sandy Street. Judge Street who hails from a very distinguished New South Wales legal family (his father, grandfather and great-grandfather having each been Chief Justice of New South Wales) has developed a reputation on the Federal Circuit Court for dealing very promptly with refugee and migration cases.

Street joined the Federal Circuit Court in 2015. After his first four years on the bench, the Macquarie University’s Social Justice Clinic reported that Street, wasting no time at the conclusion of the argument, delivered ex tempore judgments in 816 of 842 refugee cases. Street found in favour of the applicant in only 1.66% of cases. The average success rate of all refugee review cases over that time was 7.28%.

Last week, one of Judge Street’s migration cases was successfully appealed to the Federal Court. The case involved Mr Nishan Singh who is an Indian citizen. Singh came to Australia on 1 March 2008 holding a student visa. Four years later, on 12 June 2012, he applied for a Partner visa having married his sponsor Ms Sophia Swart who was an Australian citizen.

It turned out that unbeknown to Mr Singh, Ms Swart was a drug addict. There were conflicting claims about how much time Singh and Swart spent together. On 28 November 2013, the Minister’s Delegate refused to grant the applicant a Partner visa on the basis that there was no genuine and continuing relationship between the applicant and the sponsor. Mr Singh lodged an appeal with the Migration Review Tribunal on 12 December 2013. The tribunal ruled against him, having failed to consider some matters relevant to the determination whether Mr Singh and Ms Swart were living as spouses. Mr Singh appealed to the Federal Circuit Court for the first time and the Tribunal decision was set aside by consent of the parties.

The matter was referred back to the Tribunal which “extensively plagiarised the first Tribunal’s reasons”. So once again the Federal Circuit Court set aside the tribunal decision. You would think it would be a third time lucky. But once again the tribunal considered Mr Singh’s case and “failed to consider evidence which was favourable to the Appellant”. This was evidence from four persons who claimed knowledge of the ongoing relationship and contact between Singh and Swart. This time the Federal Circuit Court was not minded to set aside the Tribunal’s decision. Mr Singh had the misfortune to have his matter come before Judge Sandy Street who followed his usual practice of delivering an ex tempore judgment on the spot at the conclusion of the argument in the case.

Mr Singh lodged a further appeal from the Federal Circuit Court to the Federal Court of Australia. Justice Perram of the Federal Court was scathing in his assessment of Judge Street’s decision.  Perram and Street were barristers together at the Sydney Bar, Street being very much Perram’s senior, having come to the Bar 11 years before Perram, and having become a senior counsel 10 years before him. All the more surprising and noteworthy that Perram would write in such a withering tone.

Justice Perram found that Judge Street’s reasoning was “entirely erroneous”. He went on to say, “It reflects a complete lack of intellectual engagement with the argument which was being put and is indicative of a judicial method in which meaningless phrases are unthinkingly gathered from the authorities like twigs and patched together in some kind of forensic bird’s nest.  Judgments like this are a blot on the judicial department of government.”

Having reviewed the long and sorry history of the matter, Justice Perram went on to cast aspersions on the tribunal members who have had the carriage of the matter all these years. He wrote:

“The Appellant’s initial application for review of the delegate’s decision was filed with the Tribunal as long ago as 12 December 2013 and the Tribunal has now been considering this entirely straightforward matter for nearly 8 long years. It is to be hoped that the Appellant, who is still a relatively young man, lives a long enough life to see the Tribunal deal with his review application according to law. It is by no means too much to expect that the Tribunal takes into account the matters which by law it is required to take into account, that it does not unwisely plagiarise earlier decisions which have been set aside and that it remembers to consider not only the evidence which is unfavourable to the Appellant but also that which is in his favour. Public confidence in the Tribunal resides in its reputation for competence. The conduct of the present review application is apt to undermine that confidence.”

Judges of superior courts do not often write judgments that are so damning of lower courts and tribunals. They appreciate the pressures on those courts and tribunals. There is obviously a building crescendo of dissatisfaction amongst some federal judges with the shortcuts being taken by some personnel of the AAT and the Federal Circuit Court trying to clear the backlog of migration applications.

In fairness to Judge Street, it should be noted that he had a big win in the High Court earlier this year. Five justices unanimously reversed an adverse ruling made against Street by another Federal Court judge, Justice Mortimer. When reviewing Judge Street’s adverse decision in relation to a self-represented asylum seeker from Pakistan, Justice Mortimer decided that Judge Street should have had his oral reasons for judgment translated for the benefit of the asylum seeker. She thought that the failure to provide a translated version of the reasons constituted a denial of procedural fairness. The High Court noted: “At a general level, Justice Mortimer concluded that the written reasons of the Tribunal and the primary judge did not disclose “any possible error deserving of close consideration” by the Federal Court and that there was otherwise no error affecting the Tribunal’s decision.” The High Court concluded:

“The failure in the present case to interpret the primary judge’s ex tempore reasons was, in a general sense, unfair. So much may be accepted. However, with respect, rather than setting aside the decision of the primary judge, in the circumstances here, Justice Mortimer could have:

(1) adjourned the hearing of the appeal so that the transcript of the ex tempore reasons could be obtained; or

(2) invited the first respondent to amend his appeal grounds to address the contents of the published reasons, and, if necessary, adjourned the hearing of the appeal to permit this to take place.”

This High Court decision was written by the newly appointed Justice Steward who had been a junior judicial colleague to Justice Mortimer on the Federal Court and a deputy president of the AAT. With such a large caseload and backlog, judges at all levels are obviously feeling the strain, seeking the right balance between justice and efficiency.

76 per cent of the litigants appearing in the Federal Circuit Court in migration matters are unrepresented by legal counsel. Three-quarters of these unrepresented litigants are routinely provided with translators for over 70 different languages. The demands on our tribunals and courts in these cases are considerable. The frustration of the judges is showing. Without adequate resourcing and without first-rate judicial appointments, the fraying of judicial nerves is set to continue in the migration field.

This article first appeared in Eureka Street on 13 July 2021.