Philip Wilson has been sentenced to 12 months imprisonment to be served by way of home detention. It’s very likely that he will appeal his conviction and sentence. An appeal may well succeed, but that’s not the end of the matter. This has been a six-year saga relating to events which occurred more than 40 years ago. The law is complex; and emotions are running high. 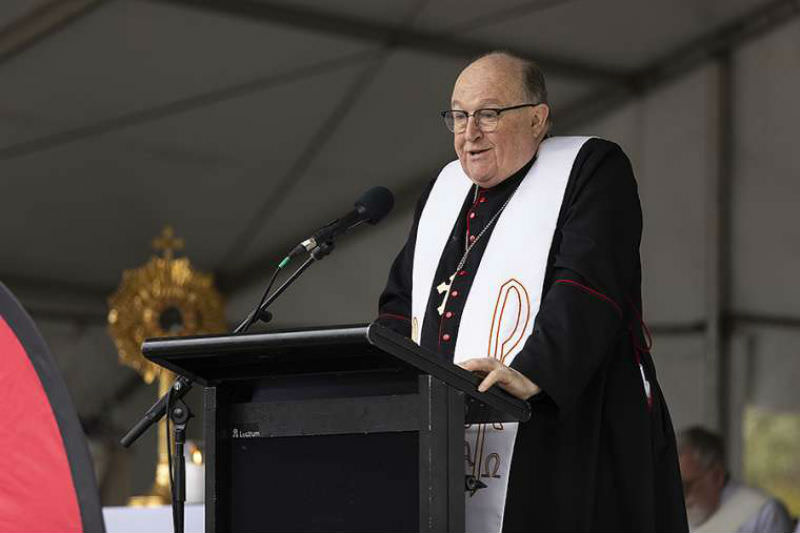 When bishop of Wollongong and later Archbishop of Adelaide, Wilson did a lot to improve the Catholic Church’s national response to crimes of child sexual abuse committed by church personnel. But the present criminal conviction and sentence of imprisonment relates to his time as a young priest in the diocese of Maitland-Newcastle back in 1976. It was only later when he was Archbishop of Adelaide that some of his earlier behaviour came back to haunt him. Local residents in Maitland-Newcastle who were sexually abused as children by either Fr McAlinden or Fr Fletcher have been very outspoken against Wilson, regardless of his later behaviour as a bishop nationally committed to cleaning up the mess.

In 1990, the New South Wales parliament had amended the Crimes Act creating a new offence of concealing a serious indictable offence. Section 316(1) provides:

‘If a person has committed a serious indictable offence and another person who knows or believes that the offence has been committed and that he or she has information which might be of material assistance in securing the apprehension of the offender or the prosecution or conviction of the offender for it fails without reasonable excuse to bring that information to the attention of a member of the police force or other appropriate authority, that other person is liable to imprisonment for 2 years.’

In 1999, the New South Wales Law Reform Commission reviewed this provision and found it wanting. The majority of commissioners recommended complete repeal of the provision. They said: ‘The Commission disapproves of substituting a legal duty which is enforced by a criminal sanction for a moral one unless there are overall substantial benefits to society in doing so. No such overall benefits have been demonstrated in relation to s 316(1)’.

A minority of commissioners thought there might be a case for some provision but even they said, ‘It must be accepted that the present provision is seriously flawed; to be brutal about it, it is in several crucial respects virtually meaningless. In our view, the essential problem is not that the section’s underlying philosophy is mistaken but that it breaches the fundamental rule that the criminal law be unambiguous.’ Basically, the law was making it a criminal offence for anyone not to report to police anything they might know about the criminal behaviour of any other person ‘without reasonable excuse’. But no one knew what constituted a reasonable excuse, especially when the victim of the crime or their trusted confidantes chose not to go to the police.

For whatever reason, back in July 2012, Wilson refused to cooperate with the NSW police when they were investigating complaints against McAlinden. Wilson as a young priest and budding canon lawyer had been the notary at a church trial of McAlinden. Detective Graeme Parker, the head of Strike Force Lantle, told the Sydney Morning Herald: ‘It’s a shame because there are questions that really need to be asked of Archbishop Wilson. We made numerous attempts to get him to the table to be interviewed but he’s exercised his right to silence.’ I daresay that if Wilson had cooperated with the police back then, that would have been the end of the matter. From that time on, victims of abuse thought that Wilson had something to hide.

“Wilson should have stood aside as a bishop until the matter was resolved.”

Then in May 2014, the renowned public prosecutor Margaret Cunneen QC, who conducted a state commission of inquiry into child sexual abuse in the Maitland-Newcastle area, reported that various priests and Bishop Malone had known information about allegations of abuse committed by McAlinden and Fletcher. She decided that there was not enough material to warrant charges under section 316 against Malone or the other priests publicly identified in her report even if they may have had some information about the wrongdoing of McAlinden and Fletcher. She investigated the way the church had dealt with complaints of child sexual abuse by three victims (identified merely as AL, AK and AC) who later as adults decided they did not want to involve the police.

Cunneen also wrote a confidential volume of her report, and we now know that much of that report related to Philip Wilson. In her published report she stated that ‘there was sufficient evidence warranting the prosecution of a senior church official for offences relating to knowledge of potential offences committed by Fletcher. This is dealt with in the confidential volume of the report so as not to prejudice potential future criminal proceedings.’ Wilson should have stood aside as a bishop until the matter was resolved.

It took another six years for Wilson to be convicted by Magistrate Stone of having heard in 1976 about a series of assaults by Fletcher on a ten-year-old child (Peter Creigh) in 1971 and of having failed to bring the information to the attention of the police between 2004 (when Fletcher was charged with similar offences in relation to another child) and 2006 (when Fletcher died). The magistrate also considered what Wilson might have known about two others of Fletcher’s victims. One victim who cannot be named said that as a young boy he went to confession to Wilson in the 1970s and told him about Fletcher’s abuse. Another victim went to the police in 2004 and Wilson got to hear of that when he visited members of that victim’s family in Newcastle.

Though Magistrate Stone wrote a 59-page judgment he gave no real consideration to whether or not Wilson had a reasonable excuse for failing to report in 2004 what he had heard in 1976 from the 15-year-old Creigh. The magistrate found Creigh to be a very credible witness: ‘He was a genuine and truthful witness who did his best to accurately recount what he told the accused.’ Stone was convinced that Creigh came forward and gave his evidence against Wilson without any motive or self-interest. ‘He was first approached by the police — he didn’t go to the police for his own purposes.’

Undoubtedly an appeal court, if asked, will need to look closely at whether someone like Wilson had a reasonable excuse for not going to the police reporting what he heard about a criminal offence 40 years later when the victim himself, long since an adult, had decided not to go to the police. The problem with section 316 becomes apparent when you consider that technically the police could have charged Creigh with the same offence, given that he had more direct knowledge of Fletcher’s criminal behaviour than did Wilson.

“It’s fair to say that the public and the media were expecting some heads with mitres on them to roll during the course of the royal commission on child abuse.”

The prosecution of Wilson has taken on great significance in the wake of the Royal Commission into Institutional Responses to Child Sexual Abuse. Australian royal commissions are strange beasts. Think only of the present commission into the banks. The public and the media demand scalps. Heads have rolled promptly at the banks commission. Just look at the AMP board. It’s fair to say that the public and the media were expecting some heads with mitres on them to roll during the course of the royal commission on child abuse. Given that over 60 per cent of the complaints in relation to religious organisations related to the Catholic Church, there was an expectation that some of our bishops would lose their jobs.

During the conduct of the commission, Brian Finnigan was the only Catholic bishop to resign, quickly and unexpectedly. He had been Vicar General in the Ballarat Diocese for eight critical years when Ronald Mulkearns was bishop. He was later executive secretary to the Australian Catholic Bishops Conference capping his clerical career as Auxiliary bishop in Brisbane. He gave very unconvincing evidence before the royal commission on 11 and 14 December 2015.

For once, the Vatican and others in the Church moved with great haste. On 30 December 2015, the apostolic nuncio issued a statement that Pope Francis had accepted Finnigan’s resignation, he having ‘completed 75 years of age in conformity with Canon 401.1’. It was another two years before the royal commission reported its findings on Finnigan. They could not have been more damning: ‘Bishop Finnigan’s evidence was highly unsatisfactory. He gave the clear impression that he was seeking to protect himself and the Church or the bishop at the time, and he made no effort to give clear and honest evidence. The result is that we have not accepted Bishop Finnigan’s evidence except where it is corroborated by other evidence or where it is inherently probable and not contradicted by other evidence.’

Understandably, victims want to see at least one serving bishop punished for the failings of an institution which has been proven to fall short so often in terms of culture, institutional accountability and personal responsibility. Philip Wilson has spent six years and great resources engaged in legal appeals trying to avoid this conviction. He has written a series of letters to the people of the Archdiocese of Adelaide giving details of his medical condition, including early onset of Alzheimer’s and a positive response to treatment. As any Australian citizen, he is of course entitled to appeal the conviction. But even if the appeal courts ultimately agree with the New South Wales Law Reform Commission that section 316 is unworkable or that no court could be convinced beyond reasonable doubt that Wilson was acting unreasonably, there’s no getting away from the fact that the magistrate has found Wilson’s evidence extremely unreliable. In 1976, Wilson heard direct evidence from a child about horrific abuse by a priest. He assured the child that he would take the matter up with the parish priest. But he then did nothing further. The damage done to the Adelaide Archdiocese these last six years has been great.

It’s time for the Archbishop to tender his resignation and for Pope Francis to accept the resignation promptly. Wilson might then take his time to pursue any further legal appeals which could take a considerable time if they go all the way to the High Court. Hopefully, Peter Creigh and other victims might have grounds for thinking that the Church leadership ‘gets it’, or is at least being called to account.