Letters to the Editor

From our readers: how to restore our damaged health systems 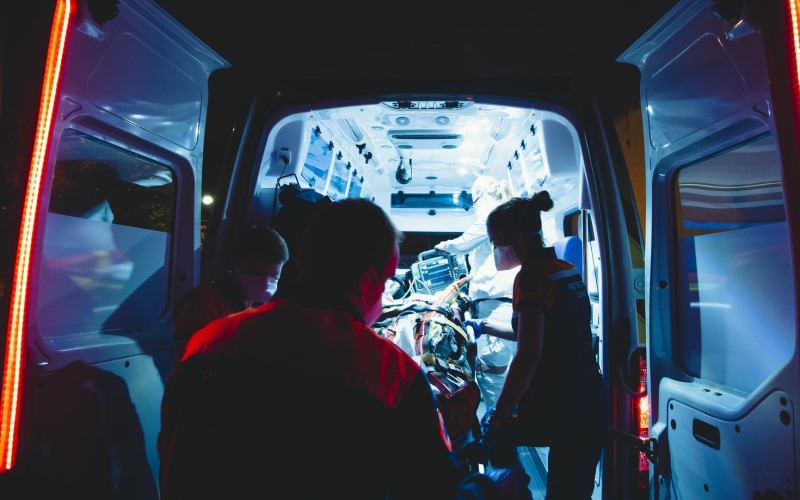 In letters to the editor: why we should have a Covid royal commission, supporting our inundated health systems, and the problem with SBS’s ads.

Our governments’ handling of the pandemic continues to be a hot topic for Pearls and Irritations readers. In our inbox this week we had letters responding to Stephen Duckett’s argument against a royal commission, and Peter Lewis-Hughes’ piece that likened the latest Omicron wave to a stormy sea. We also heard from you in response to Steve Aujard’s call for SBS to better meet its charter and Jon Queally’s report on wealth inequality during the pandemic.

Learning from the pandemic — Stephen Duckett

How to learn from our Covid history (no, not with a royal commission)

I wish to disagree with Stephen Duckett’s rejection of a royal commission as the best means of learning from the experiences of this pandemic. The issues are serious with any findings potentially impacting on how we function as a society, the quality of our governments, and the quality and funding of our public services generally — and not just in public health and health care. To conduct a successful inquiry will require the powers given to royal commissions. Some of Duckett’s reservations can be met by the composition of the commission and its terms of reference. The royal commission must report to the federal government and all state and territory governments. Its terms of reference need to be broad yet precise. Most critically, in addition to a legally qualified chair, there must be an additional two, or preferably four, commissioners with the range of knowledge and expertise hinted at by Duckett. Ideally the chair needs to have background broader than that of most retired judges. Dr Annabelle Bennett AC, SC, scientist and lawyer, former Judge of the Federal Court of Australia, former chair of the National Health and Medical Research Council, and the current the chancellor of Bond University immediately comes to mind. — Kerry Breen, Kew, Victoria

Stormy seas for health sector: the Omicron wave is too damaging to ‘let it rip’

Thanks for the ongoing strong coverage of Australia’s version of Games of Thrones, directed so brilliantly by ScoMo’s raiders. A missing piece of the puzzle, in trying to imagine how our “health system” will ever recover from the neglect and active abuse the Coalition has visited upon it, is that grey area called community health. Australian governments have failed to invest in community settings that should make up 80 per cent of the community health and wellbeing (CH&WB) equation. They keep investing huge dollars into the clinical/medical model, which is designed to respond to acute care needs, but is far too expensive to be used for overall CH&WB. Yet they invest virtually nothing into community-based services where people could get well and stay well away from the clinical setting. One totally neglected sector here is adult community education. The community colleges, libraries information and neighbourhood centres and other places where people gather to support each other’s lives. If we could bring the two sectors together for a CH&WB outcome, it would save a mottsa for both health and education budgets, while achieving much better outcomes for all of us. — Dr Robbie Lloyd, Port Macquarie and Surry Hills, New South Wales

When reading this metaphorical account of the overwhelming Omicron wave engulfing Australia, and the federal government’s underwhelming response to the “inundation”, I also reflected on Scott Morrison’s latest exhortation to Australians: “Push though, just push through!” I wondered where I had read that before, and, then, it occurred to me that this is what corps and army generals had said in World War I. The belief back then, of course, was that bravery increased with the distance from the front line. Morrison and his ministers have no affinity with frontline workers in this pandemic, which is why they show so little empathy. It’s doubtful if any of their family members drive trucks, work as carers, work in pathology, or are nurses. Nor do any of them seem to line up for hours for tests. In fact, they are so far removed from the everyday lived experiences of ordinary Australians, they are clueless. No wonder then that they have exhibited such appalling management skills. As my old aunty used to say: “They couldn’t organise an ice cream in Peter’s ice cream factory!” — Robert Harwood, West Hobart, Tasmania

SBS continues to alienate and betray its audience

Some of us have become used to the advertising on SBS and whilst it certainly is irritating one wonders if the service would exist at all without advertising having regard to governments, particularly the conservative governments, determination to support the Murdoch empire. But an aspect of SBS’s conduct which in my view is intolerable, is that it does not discriminate in accepting advertisements from such dangerous parties as buy-now-pay-later lenders and gambling promoters. The growth of buy-now-pay-later lenders over the past two years has been massive and it is clear from statistics published that tens of thousands of people are getting into debt from which they will never recover. In relation to the gambling advertisements it is also clear that tens of thousands of Australians are addicted to gambling and that whilst poker machines and casinos are legal and cause a great deal of misery to many, this is the visible part of the iceberg. The hidden side of the online gambling is the base of the iceberg. A friend who was a fly-in-fly-out worker had to take a month off as a result of an injury and was at home, bored. In no time he completely maxed out his own credit card and his girlfriend’s credit card, a total debt of some $50,000 from which he will never recover. If SBS is going to accept advertising that it certainly should not accept it from these two sources, they are the poisonous elements of the Australian economy. — Peter Dowding, Fremantle, Western Australia

I would argue that today’s SBS has also become too Anglo-centric. On the evening of Monday January 17 for example, it showed Britain’s Scenic Railways, Secret Scotland, and 24 Hours in Emergency (UK). On SBS Viceland: 8 out of 10 Cats Does Countdown and two episodes of Trip Hazard: My Great British Adventure. The charter has been betrayed. — Simon Dodson, Fairlight, New South Wales

Oh what a lovely pandemic, if you can afford your own spaceship

Oxfam’s recent report “Inequality Kills” compares the almost unimaginable wealth of a few super-rich individuals with the poverty of the vast majority of the world’s population. In 2009, referencing a 2008 World Health Organization report, Vicente Navarro highlighted the fact that it isn’t mathematical computations or social concepts such as “inequality” that kill people: “It is not inequalities that kill people, as the report states; it is those who are responsible for these inequalities that kill people.” In the 19th century Engels referred to this as “social murder”. It’s going on all the time and if we want to stop it we must identify the murderers. — Peter Sainsbury, Darling Point, NSW