From our readers: Labor isn’t offering voters even a ‘small target’ 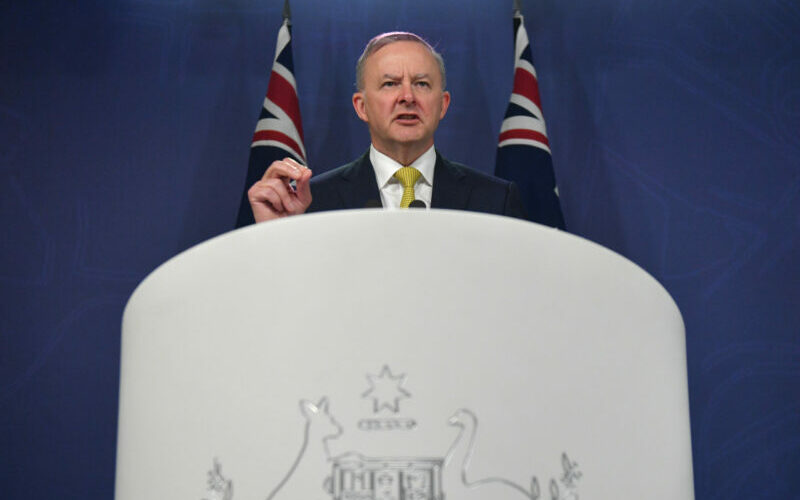 In letters to the editor this week: Labor’s policy vacuum, how Australia is (not) handling climate change, the value of independent political candidates.

Bob McMullan ruffled some feathers this week with his piece arguing that, in fact, the current Labor opposition has a good deal of policy out there. We also received some appreciation for regular Sunday columnist Peter Sainsbury’s environment news wrap, and readers’ thoughts on the need for more independent members of Parliament.

The small talk about Albanese and small targets is wrong

The one policy area which every thinking person recognises as taking precedence over all others — Australia’s responses to climate catastrophe — gets not a mention from Bob McMullan. I realise that Labor has no concern for the views of a “greenie leftie” like me. But it is catastrophic for the nation that the party we all hope will send the Morrison government into political oblivion is not willing to speak honestly to the people of Australia about the looming crises and the plans it has for dealing with them. Does Labor think that after a handsome election victory it will be able to suddenly take the drastic action we need and bring the populace with it? Or does it secretly hope to be “forced” by The Greens, as minority government partners, to “reluctantly” take action while saving face with fossil fuel interests? In just the past week Labor has “welcomed” the massive BHP-Woodside Scarborough LNG joint venture; and has joined with the government to allow $50 million of government money to open up the Beetaloo Basin to fracking. On the “greatest moral challenge of our generation”, Labor is not offering voters a small target: sadly, it has no target at all! — Richard Barnes, Canterbury, Victoria

Bob McMullan’s article is a feeble apology for an almost irrelevant “Opposition”. The most ridiculous point he makes is the one related to our need for a federal ICAC. It is not a complex or difficult issue to deal with. We have a multiplicity of state and territory “templates” to deal with as a guide for the federal Parliament. Labor voters have lost any trust in the bureaucrats and careerists who have white-anted the now neo-liberal Australian Labor Party. — David Bell, Orange, New South Wales

Action is the antidote to fear in climate action — Peter Sainsbury

With a government like ours, it’s not surprising that Peter Sainsbury is “extremely pessimistic about the world avoiding catastrophic global warming”. Stuart Rees agrees and provides a reason. In his thoughtful article Rees wrote: “Public money via subsidies to mining corporations represents official yet usually concealed collusion in lining the pockets of the powerful, so it is no surprise that mining giant Santos sponsored Australia’s Glasgow pavilion.” Our government is conflicted if not corrupt. Immediately after signing the Glasgow pact, calling on countries to return next year with stronger 2030 targets, Scott Morrison and Angus Taylor reneged saying “Australia’s 2030 target is fixed..” Deputy Prime Minister Barnaby Joyce even denied agreement saying, “The Nationals did not sign it”. After the disastrous COP15 in Copenhagen, James Lovelock who developed the Gaia theory said, “I don’t think we’re yet evolved to the point where we’re clever enough to handle as complex a situation as climate change”. While the advances at COP26 may have given Lovelock, now 102, some hope, Australia certainly did not. — Ray Peck, Hawthorn, Victoria

I thank Peter Sainsbury for his “Sunday environmental round up”. The use of “round up” in the title prior to describing the perils of BigAg was clever. A little, albeit sarcastic, humour is often appreciated when reading about the appalling and disappointing harms that we humans continue to inflict upon our precious natural environment. I was also grateful to Peter for highlighting that the oceans are protecting us humans. We should all remember and respect the fundamental role that our oceans play in absorbing carbon from the atmosphere. Finally, even though my environmental anxiety was exacerbated by the pictures of Alberta’s tar sands, I did value some focus on the solutions to the described problems. Action is the antidote to fear. Knowing that there are available answers to our environmental woes gives rise to opportunities for each of us to find positive ways to be part of the global movement towards a sustainable future. — Amy Hiller, Kew, Victoria

Our two-party system is corrupt — vote for decency instead

Julian Cribb expresses eloquently the deep frustration of many with the endemic corruption within our federal politics. This frustration, allied with the admirable contributions that Independents like Helen Haines, Jacquie Lambie, and Andrew Wilkie have made, has inspired a growing movement to support the election of more independent candidates in 2022. This hope of joining hands with many more like-minded electors to elect politicians with their own minds to represent their communities’ priorities is admirable, but it may well be dashed by the system these independents are trying to break.  Independent candidates can expect ruthless resistance from the major parties they are campaigning against. They must expect those parties to be supported to the hilt by their vested interests, who will surely be prepared to contribute very substantial donations to maintain the current system which brings them so many benefits. Donations made between now and the election will not be declared until February 2023, long after the election is over. The Independents movement will need to be very strong, determined, and well-resourced if decency is to gain the ascendancy in this election. — Christopher John Young, Surrey Hills, Victoria