Full time in Afghanistan. The captains and the kings have departed- again.

And there’s the final whistle! What a disappointment for team USA. They began superbly, bigger, fitter and stronger, and made some lovely attacking moves. In the opening stanza, they sliced the opposition defence to ribbons. All around me the crowd was on their feet, roaring their team on, confident this was going to be a slaughter. It was an odd game, being played without a referee, but a ref would have just slowed things down.

But having started well, the coach changed tactics. It turns out the team’s billionaire owner messaged him and suggested that rather than kicking goals, the team should focus on crowd-pleasing slick moves, showing off the superiority of their style rather than bothering with the grunt of actually scoring points. It seemed too easy. The world was watching, and team USA owner wanted to put on a good show. He wanted the world to say in awe “How good is team USA?”

They should have stuck to their original game plan, because having built up a commanding lead in the opening minutes, they lost momentum. And then, to make matters worse, the coach decided it was time to give the reserves on the bench a run. I suppose he thought they were well in front, and the reserves had been training hard.

Most of us in the grandstand felt it was a fair call. Give the juniors a run, let’s see what they can do. Team USA had been investing heavily in its junior program. We thought of it as investing in the future, bringing in lots of underprivileged kids and giving them a chance to see what they were made of. Heaven knows, they didn’t have any other chances, you’d think they would be grateful to put their bodies on the line. Some had experience in district teams, but we’d bought them out and closed down the local league. For many, playing for team USA was their chance to make it big. Actually, it was their only chance to play at all. Come to think of it, it was their only chance to do anything and get paid for it. But like that Australian cricketer whose name I forget, for all their training and nice kit, it turns out they couldn’t bowl, couldn’t catch, and couldn’t bat. Let alone play football.

Maybe that was the problem, they didn’t know what game they were playing. We certainly didn’t. Our team began to squander possession, and several reserves managed to score own goals. The opposition were increasingly making forays into our territory. Team USA resorted to a series of professional fouls. Lucky there was no referee! What no-one realised was that there was a video referee, and some of our players are likely to be referred to the judiciary. Fortunately, that won’t happen for a while, and we expect the team owner will have a word with the judiciary and make sure no-one cops a lengthy suspension.

And then, in the final quarter, the opposition suddenly began to look like winners, confidently outplaying a demoralised and weary team USA. It was a remarkable demonstration of just how unfit Team USA and its allies really were. The final minutes of the game were a rout, Team USA headed for the change rooms leaving the reserves in the field. All they did was offer their kit to the opposition, and ambled off to what was left of their homes.

And now the game is over, and the grandstand is emptying. The captains and the kings have departed, but the shouting and tumult goes on. The pundits are busy analysing the tactics, rating the performance of key players. By tacit agreement, there will be no award for “Best and Fairest” this season. Some spectators are disappointed that we didn’t get the points, worried we might have slipped down the ladder, but most of us have enjoyed the spectacle. Which, after all, is the point of the Great Game – keep the spectators engaged, keep them loyal. That is why you buy a season ticket and keep showing up to cheer on your team, even when it always loses. It’s a diversion from thinking about serious and important issues, a harmless escapism that keeps us entertained, energised, occasionally outraged. The moments of partisan outrage, the “We was robbed!” moments, flood us with a brief surge of conviction that washes away our spiritual emptiness. Such is the consolation of being a spectator.  So I’ll keep my media subscriptions going, and look forward with eager anticipation to the next game. Maybe a rematch? A clash of civilizations? It should have us on the edge of our seats! 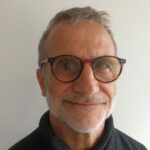 James Bell is a physician, mostly retired, but still doing part-time clinical research into treatment of addiction. He lives in Sydney.