Gasbagging in Glasgow: COP26 and phasing down coal 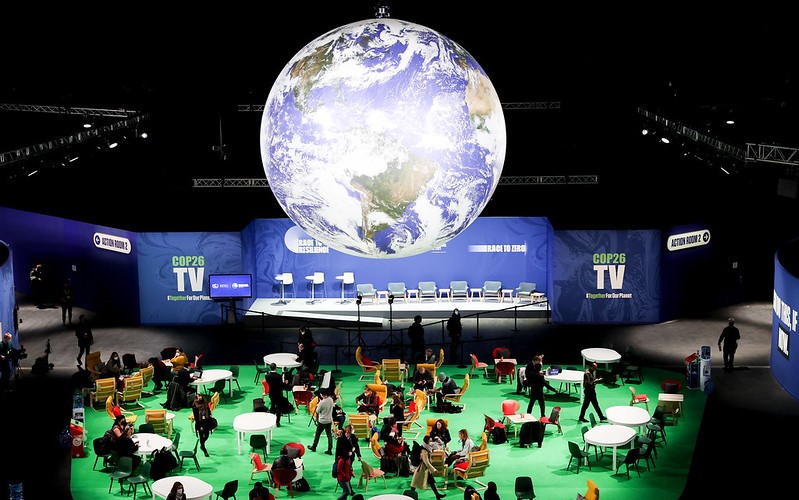 After a succession of drafts, the climate pact trod a delicate path. There was greenwashing and subversion, triumphs and laments … and “lifestyle”.

Words can provide sharp traps, fettering language and caging definitions. They can also speak to freedom of action and permissiveness.  At COP26, that permissiveness was all the more present in the haggling ahead of what would become the Glasgow Climate Pact.

The UN Climate Change Conference UK 2021 had a mission of “Uniting the world to tackle climate change”. The tackling, however, fell rather short, though countries in the main were trying to sell the final understanding as a grand compromise of mature tidiness. COP26 president Alok Sharma called the outcome “a fragile win”, the outcome of “hard work” and “great cooperation” from the parties.

The pact is a flurry of words, acknowledging, for instance “the importance of the best available science for effective climate action and policymaking”. Alarm and utmost concern is expressed by the parties at the fact “that human activities have caused around 1.1 degrees Celsius of global warming to date and that impacts are already being felt in every region”.

There is a stress on “the urgency of enhancing ambition and acting in relation to mitigation adaptation and finance in this critical decade to address gaps between current efforts and pathways in pursuit of the ultimate objective of the convention and its long-term global goal”.

The pact had gone through a few iterations, stirring interest, sparking hope, even inducing, at points, a giddy optimism. The first draft had called upon the parties “to accelerate the phasing-out of coal and subsidies for fossil-fuels”. Its appearance was considered by The New Scientist to be “remarkable” for explicitly mentioning fossil fuels, while Ed King of the European Climate Foundation suggested that it was “the first time fossil fuels have been called out in a draft UN climate decision text”.

But in the final statement, an exit for countries still keen to keep the heart of coal alive was carved. The parties might well ensure that technologies and policies would be adopted “to transition towards low-emission energy systems”, scale up the “deployment of clean power generation and energy efficiency measures” but this would also entail “accelerating efforts towards the phasedown of unabated coal power and phase-out of inefficient fossil fuel subsidies”.

As this was undertaken, “targeted support” would be directed towards “the poorest and most vulnerable in line with national circumstances and recognizing the need for support towards a just transition”.

And there were those words slipped in with conspiratorial deftness: “phasing down”. Elastic, open, accommodating to the emitters and the vendors. A world left to the beholder. The change of language had been encouraged by India, with the support of other coal-dependent states. The Indian environment and climate minister, Bhupender Yadav, had been less than impressed with the singling out of coal, given the previous text’s deafening silence on natural gas and oil.

The reasons for such omissions were clear enough: countries such as the United States continue to nourish their interest in oil and gas investment. On November 17, the Biden administration held the largest offshore oil and gas lease sale in US history, covering 32 million hectares off the Gulf of Mexico. Again, President Joe Biden shows that anything his predecessor, Donald Trump, did, he can do several times better.

After the conclusion of COP26, Yadav merrily declared the summit a success for India, as “we articulated and put across the concerns and ideas of the developing world quite succinctly and unequivocally”. His country had a lesson for the developed world, fattened by a certain lifestyle that required modification to cope with the climate crisis.

It was the hook upon which the Modi government could fasten a new, lecturing mantra: LIFE, or Lifestyle for Environment, one that valued “moderation over excess..” “Today,” stated Prime Minister Narendra Modi at the summit, “it’s needed that all of us come together and take forward LIFE as a movement.” Presumably a phasing down movement.

Indian voices in the climate action sector did not shy away from approving the dilution of the language on coal. Their targets were the misdeeds of the United States and the European Union, who had, according to Aarti Khosla of Climate Trends, failed “to deliver on the promised $100 billion in climate finance”. Kamal Narayan Omer, CEO of the Integrated Health and Well Being Council, suggested that the use of “phasing down” coal instead of “phasing out” should not be a source of concern, given “the kind of commitment and leadership India has shown in building renewable energy infrastructure”.

While not quite music, the softening approach in the final text was melodious enough for former Australian resources minister Matt Canavan to claim that the coal industry had been victorious in Scotland. Proudly visible before him in an interview with the Today program was a screen with an unequivocal message: “Glasgow: A Huge Win for Coal.” An adventurous reading of the Glasgow text was in order. The agreement had provided “wiggle room” for countries. “Given the fact that the agreement did not say that coal needs to be phased down or taken out, it is a green light for us to build more coal mines.”

For a delightedly cynical Canavan, no country was really taking the agreement seriously, and the likes of India, China and those in South-East Asia were insatiably hungry for coal, with a “demand” that “almost has no limit”. On Twitter, he reiterated the theme with a call to rend the earth with urgent, patriotic enthusiasm. “Let’s get digging then and sell more of the best coal in the world to others, and bring millions more people out of poverty.”

Other states were angrily baffled by the subversion evident in the final text. Mexico’s envoy, Camila Isabel Zepeda Lizama, expressed anger at her country being “sidelined” in a “non-transparent and non-inclusive process”. “We all have remaining concerns but were told we could not reopen the text … while others can still ask to water down their promises.”  A cabal of powers had done its trick.

For activists, there was no death knell to coal, as the UK Prime Minister, Boris Johnson, confidently claimed. “This is no longer a climate conference,” lamented climate change activist Greta Thunberg, the tenured voice of climate change catastrophism. “This is now a global greenwashing festival.” And with greenwashing shall come the vanishing, but not before a few more, gasbagging efforts.