The Teals will force the Greens to get smart at last 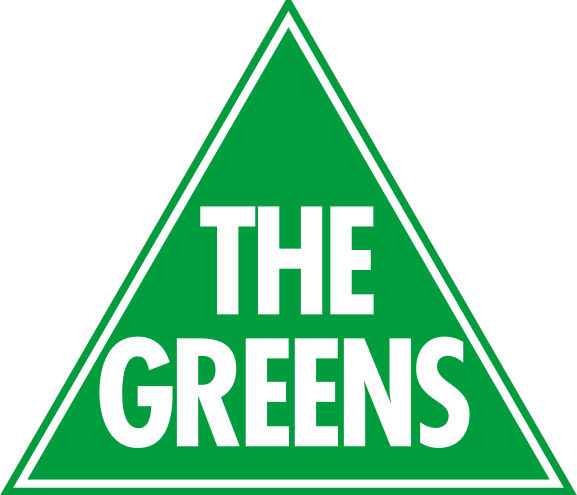 The Greens have indeed pursued the perfect at the expense of the good. This is not an accident. Image: Wikimedia Commons

John Menadue asks whether the Greens can avoid the perfect obstructing the good. The Teals will force the Greens to Get Smart.

The Greenslide across inner Brisbane last month stands in stark contrast to the electoral performance of the Greens in Melbourne and Sydney and has more in common with the Teals. Understanding how this happened is critical for productively imagining a multiparty future for Australian politics.

The Greens took both ALP and LNP seats using the community consultation approach adopted by Adam Bandt in 2010 and introduced into Brisbane two years later. It happens to be very similar to the approach used in Indi and now promulgated by the Voices for …, the Community Independents Group and Climate 200. It derives from the work of Saul Alinsky in Chicago and was mainstreamed by Barack Obama. (The details of that process has already been examined in these pages and is primarily of interest to policy wonks.)

The similarities of the outcomes in Greensland and the southern Teal electorates masks the major barrier to Green electoral and political success alluded to last week by Founder Menadue. The anti-capitalist (anti-everything) stance of the Greens has alienated them from the electorate. By the simple soft show shuffle of saying, “I’m a capitalist and I want to avoid climate change,” the Teals have won the hearts of the old money suburbs of Melbourne and Sydney, leaving the hipsters of the inner city to argue whether the left wing of the ALP, the Greens or some other progressive group should get their vote.

The Greens have indeed pursued the perfect at the expense of the good. This is not an accident, as the tech industry would have it, it is a design feature not a bug. Our consensus approach to policy making has allowed every member with an agenda a voice at the table. Founder Menadue is right. This is political poison. I know this from personal experience in the NSW and the Queensland Greens as well as lived experience walking outer suburbs and regional centres.

For my many and various sins I was condemned to three years of market research, knocking on 100 doors a weekend across Queensland to survive a fall from the boardroom to the poverty line. I had heard tens of thousand times of voters telling me “I’m an environmentalist, but I’m not a Green,” as I handed out how to vote cards, accosted innocent shoppers, or parents picking up children as a Greens candidate. I had heard it, but I did not understand the depth of the disdain behind those words until I sat down with homebodies, tradies and middle managers across the socio-economic spectrum to find out how they survived and what helped them make it through the day.

The thing they hated most about the Greens is that we are out of touch. We don’t like guns, we care more about the feelings of mice than the survival of farmers, individual’s gender anxiety than suburban existential angst about the world falling apart around our ears. We would close down abattoirs/coal fired power stations/forestry/fast fashion as our first priority and then worry about how to feed and clothe people. I could go on for thousands of words about the failures of the Greens to connect to “ordinary” people. But the point of this article is to identify how that failure contrasts with what the Teals have done and, more importantly, how the Queensland Greens have bridged the gap between ideology and practice.

Both groups used community campaigning techniques to identify what the community wanted, to normalise political discourse and, so, to build trust in the candidate with the individual voter. That is an extraordinarily healthy development in Australian politics, and it will help end the cancer of the two party political system.

The Teals built a community campaign that focused on the alarming corruption of Australian politics, specifically as it related to gender, climate and integrity. The simplification capitalists for climate change is partly to distinguish them from the Queensland Greens and partly to acknowledge the damage caused by the ideological cleansing of the Liberals.

Hollowing out the Liberals

The ideological hollowing out of the Liberal party was initiated by John Howard, realised by Tony Abbott, and exploited by Scotty from marketing. My interview with Guy Pearse on the release of his book, High and Dry in 2008, analyses in detail that way that Howard isolated the climate activists and the left in the Liberal Party between 1995 and 2001 when the attack on the world trade centre gave him cover for the Tampa incident and Australia began its lurch to the right. The Greenslanders, on the other hand, took a leaf from Hume’s Philosophy in Action, and discussed modern dilemmas with voters, framing the discussion about voter concerns in relation to Greens values, without preaching.

The Teals have yet to work out how they will operate in the party political framework of parliament. The Greens have three decades of
experience building a political party and have now learned how to connect to voters.

Geoff Ebbs is the author of Your Life Your Planet, the Australian Internet Book and four times a federal candidate for The Greens in NSW and Qld and past member of the party executive.