Defence cooperation with the US at an uncertain time 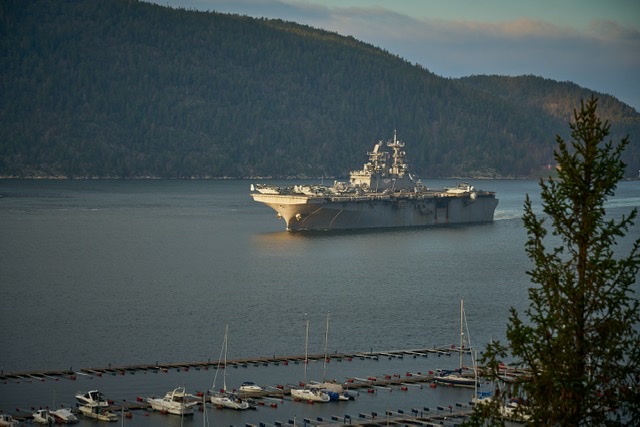 Only by acknowledging China’s importance in the region while working with others to influence, if we can, their approach and actions can we achieve the peaceful, prosperous and stable region that we want to live in.

A series of important strategic meetings between Australia and the US is coming up at a time when US decisions have made a disaster possible in Afghanistan, and China is refusing to accept American views of how the world should work.

“The Australian” has recently (21 July) reported that the annual US-Australia Military Representatives (MILREPS) meeting, at the level of “four-star generals and intelligence community leaders”, will be held in Washington this month. The talks are said to follow recent US-Australia discussions on deeper military cooperation, involving more US deployments to and exercises in Australia. The MILREPS meeting will be followed in September by the annual “2+2” talks between the two countries’ Defence and Foreign Ministers, also in the US, which the Prime Minister is also likely to visit in September to commemorate the 70th anniversary of the ANZUS Treaty and to attend the UN General Assembly and related events. This busy schedule of meetings will follow the just completed “Talisman Sabre” exercises, involving principally US and Australian forces but also contingents from Japan, Britain, Canada and New Zealand.

However this picture of thriving and potentially growing military cooperation must be looked at in the light of two important recent actions by the US—first, and more importantly, the withdrawal of US forces from Afghanistan, and secondly President Biden’s announcement that US forces in Iraq will cease all combat activity by the end of the year.

These actions can be interpreted in different ways: for example the Iraq move is explained in terms of reducing pressure on the Iraqi Government from Iranian-backed militias, and both have been said to be part of America clearing the decks to concentrate on the challenge from China. But neither Afghanistan nor Iraq can be seen as US policy successes. The decision by President Biden, who is said to have remarked that “the (Afghanistan) mission hasn’t failed, yet”, to persist with President Trump’s policy of withdrawing US forces from Afghanistan, and the recent implementation of that decision, have indeed raised many questions. The Afghan Government, used to existing under US auspices and protection, is faced with the existential question of survival, as the Taliban expand their control throughout the country. Neighbouring countries ponder the possible consequences for them of a Taliban victory, as Greg Clark discussed in a recent “P&I” article. The Australian Government is being pressed to act generously to bring to safety Afghans who worked with our forces during our long engagement in Afghanistan, and their families.

But beyond these questions is a deeper one, “what does Biden’s decision to leave say about the US’s role and place in the world?” The US is leaving Afghanistan, after a military presence of about 20 years, 2,300 dead, billions of dollars spent, without leaving behind it a country securely “on its side”. In fact it’s a country which many commentators expect to end up clearly on the anti-US side. And if that happens it will certainly damage the United States’ credibility and standing in the world. Former US General Petraeus, as reported in “The Australian” of 3 August, clearly sees a Taliban victory as likely, and the US leaving an ally in the lurch and abandoning its values. He is also puzzled by aspects of the US decision—for example not maintaining a core coordinating and intelligence group of say 3,500 men, and abandoning all US air bases in Afghanistan, thus making critical air support for Afghan Government forces—which it now seems the Americans are likely to attempt to continue from bases in the Gulf—difficult and less effective.

There are various possible factors in Biden’s confirming Trump’s decision to end the US’s involvement. One may simply be that it is line with what he has thought for a long time. (During the Obama administration he was known to favour limiting US involvement to counter-insurgency, and to oppose a greater troop presence.) Another may be a response to US domestic public opinion, which even before Trump’s advent was known to have swung against foreign entanglements. And a third, as noted above, may be to enable greater concentration on the threat from China.

The trouble with that is that while China does pose a threat to the US it is not primarily a military threat. The US is far stronger than China militarily in both conventional and nuclear terms, and will remain so despite China’s campaign to reduce the gap. China is however well on the way to becoming an overall “peer competitor” of the United States, and despite endorsing competition domestically the US as a nation “cannot tolerate a peer competitor”, according to Prof. John Mearsheimer of the University of Chicago. Economically—“Belt and Road”—and technologically—successful space vehicle landings on the moon and Mars—China is well and truly in the game with the US. And commentators have reported that many Chinese, including in high official circles, now take it for granted that the US is a declining power while China is rising.

Perhaps more disconcertingly for the US, according to a number of surveys China’s regime and system of governance enjoy widespread domestic support, in contrast to the deep divisions within the United States, and its government sees no need to concede any superiority to the US, as its Ministers and officials made clear to their US counterparts in Anchorage and Tianjin recently. The US and China are clearly going to be competing with each other to some extent, across many fields, for decades. At present each has a narrative about the other that encourages distrust and opposition.

What does this mean for Australia? At times Australian commentators speak of a military threat to Australia from China but this is really extremely unlikely. An attack on Australia would be a move of such magnitude that it could only occur in the context of a major war between the US and China, in which case we would all be dead. However it’s not possible to rule out some hostilities in the Western Pacific, either lower-level, limited and perhaps inadvertent, or something much larger if Xi Jinping decides to run the risk of trying to incorporate Taiwan by force and the US comes to Taiwan’s defence. If that occurs Australia will be faced with difficult decisions. If it were to happen within the next few years we would not have the next generation planes, submarines and ships that we are in the process of acquiring but we would have the Collins class submarines, and we might conclude that we were obliged to contribute to supporting Taiwan.

But as our Ministers and officials prepare to meet their American counterparts to discuss strategic issues and cooperation it is important that they keep some salient points in mind. The first is that the US is not in great shape at the moment, either internationally—Trump and his effect on US alliances, Afghanistan and the Middle East generally—or domestically—Trump, COVID, BLM, need for economic recovery, fractures in its system of democracy (which are being echoed in a number of other Western democracies). The second is that Americans are fallible, like all of us, and not all of their strategic decisions are good or successful—see once again Afghanistan and the Middle East.  The third point is that the contest between the US and China is not only a military one but one of ideas, competence and effective governance. It isn’t limited to the Western Pacific but is global in terms of each protagonist’s ability to persuade other countries of the soundness of its ideas. It’s telling that the Chinese representatives in the recent meetings with the US reportedly said that China would not accept the views of a “self-appointed club” led by the US as representing a global consensus. There is a real need, at global level, for the US and China to reach a sustainable accommodation.

Australians thinking about China should not think only of anti-China military dispositions or associations in the Western Pacific—or, for that matter, of their discriminatory actions against some of our exports. After all, our position in regard to the Asia-Pacific is not the same as that of the Americans, however close we may feel to them. We both want a peaceful, prosperous and stable region, but it is not essential for us, as it seems to be for some Americans, that the US be predominant in it. The US will be a major player in the Asia-Pacific order as long as it wants to be, but that order, if it is to be stable and last, must also provide strategic room for China, which has undeniably become a great power.

We aren’t China’s favourite at the moment, nor are they ours. But it’s only by acknowledging their importance in the region while working with others to influence, if we can, their approach and actions, that we can achieve the peaceful, prosperous and stable region that we want to live in.

Geoff Miller is a former Australian diplomat and Government official.