Benjamin Netanyahu is about to make an historic visit to Australia.   Should he come and how should he be received? Having just guided legislation through the Knesset ‘legalising’ the illegal: settler outposts on private Palestinian land; he has seemingly set in motion an unstoppable movement which, taken to its ultimate conclusion, could deprive Palestinians of every inch of their ancestral land and establish Israel, a state devoid of morality or conscience. No wonder his President and Attorney General advised against it!

How does one get into the mind of the most extreme right wing figure ever to hold the reins of power in the State of Israel?

Born in 1949 he is the first Israeli Prime Minister to have been born in the State of Israel. Aged 17, in 1967 he fought in the six day war and was involved in many subsequent Israeli military operations. Clearly this experience has formed the person we see today. He believes in pre-emptive strikes. He looks upon negotiation as weakness. He understands military force to be the primary mark of the nation’s strength. He appears not to trust anyone or rely on anyone. It appears he uses military force as a political tool and relies upon the inculcation of fear in an ‘existential threat’ to gain the support and ongoing loyalty of his citizens for the extreme measures he takes. (see speeches in the lead up to the 2015 Israeli elections). What are the outcomes?

Peace talks. Peace talks since the 1990’s have as their foundation the Oslo Accords of 1993 and 1995, based on UN Security Council resolutions 242 and 338. These talks set the rough parameters for an eventual settlement of difference, outlined the issues that needed to be resolved and established a tentative timeframe. Netanyahu opposed the Oslo accords from the outset. While it is true that Palestinians shared misgivings about some of the details, Netanyahu was and remains trenchantly opposed to an outcome which cedes to Palestinians territory which might resemble autonomous statehood. He has said he supports a ‘two-state’ solution but refuses to enter talks in good faith that could bring about a just and peaceful solution. The pro-Israel lobby continually bleats that the Palestinians have been offered peace but have never accepted it. While it is true that Palestinian leadership has let opportunities for progress slip, Netanyahu’s attitude to the Oslo Accords makes clear that this accusation is false. Under Netanyahu’s leadership (he will soon become the longest serving Israeli Prime Minister in the nation’s history) there has never been open good will shown towards a just outcome. This situation also makes nonsense of insistence by the Australian government that the only way forward is for the two parties to enter direct negotiation. How can the Palestinians, conflicted as they are in their own political leadership, negotiate with an oppressor who views negotiation as weakness?

International Law The majority of the world has insisted, through the United Nations, that Israel abide by international law and that international law be the basis upon which eventual peace is secured. Israel is in flagrant violation of international law on three counts. First under international law the occupier must not move their own civilian population into occupied territory. There are now about 700,000 illegal Israeli settlers in the Palestinian territories. For Colin Rubenstein (Executive Director AIJAC) to argue that “the settlements are not the issue” is mind blowing in its audacity. While it is true that the settlements occupy a small percentage (of the remaining 28%) of Palestinian land the reality is that they alienate almost 60% of this land. The connecting infrastructure which criss-crosses the whole of the West Bank is a no go area for Palestinians.   The settlements also take Palestinian resources especially water. The plush new settlement condominiums are very well appointed and protected while the Palestinian towns and villages are left bereft of the very resources required for basic living. Israel controls the delivery of services and chooses to restrict Palestinian access to basic resources while enabling settlers to enjoy what might be called first world standards of living. Secondly under international law the occupier must protect the civil rights of the people occupied. This is not the case, in fact the reverse is true. The military occupation safeguards and protects the advantages and privileges of the settlers. A most grievous example is the manner in which Palestinian children are treated. Frustrated by their situation, children throw stones. They are summarily arrested, taken from their homes, often to imprisonment in Israel away from their families and lawyers. They, like all Palestinians are treated under military law not civil law and basic rights are denied. Last year a petition was passed around the Australian federal parliament asking that this stop immediately. Almost 50 politicians signed with virtually no signatures from the Coalition. Given the espoused Christian faith of many in the Coalition, how could this be? Thirdly under international law the occupier is to withdraw their forces as soon as it is practical and sensible to do so. This year marks the 50th year of occupation. While Israel withdrew its forces from Gaza, in reality Gaza is one large gaol with unbearable living conditions in what can only be described as a humanitarian crisis brought on by the blockade.

Recognition It is claimed by Israel and its supporters that the main stumbling block to peace is Palestinian refusal to recognise its right to exist. This is entirely untrue. Not only has the Palestinian side recognised the right of Israel to exist for many years, it astonishingly recognises this right over 78% of what was once (1920 -1948) the British mandate for Palestine. It is true that the military wing of Hamas does not share this recognition, but instead of nurturing Hamas’ more pragmatic political wing Israel’s insistence on demonization maximises conflict. It appears to suit Israel to foster conflict, even violence, for then it feels justified in its violent crushing of resistance, no matter the appalling collateral damage as demonstrated in the various Gaza wars. What is not fully understood however is that Israel has now taken the argument one step further, it demands not recognition, but recognition as a Jewish State. As is well known approximately 20% of the citizens of Israel are Arab. To accept the definition of Israel as a Jewish State is to accept different levels of citizenship in other words various degrees of apartheid. (Currently about 40 provisions limit the rights of Israeli citizens with Arab descent). If as Donald Trump now muses, there may be one State, then under this definition it would be legislated apartheid across the whole Palestinian territories.

Australian politics is at a crossroads in relation to Israel. Bi-partisan political support for a two state solution continues. If this policy has any meaning then both sides must be unequivocal in their stand against all settlements even to the point of boycott and sanctions. If there is no stomach for this, then policy must change to face the reality that Australia is dealing with Israel as an apartheid nation requiring the same sanctions as apartheid South Africa. 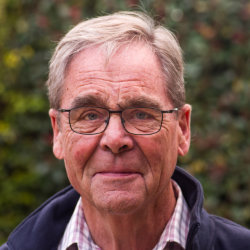