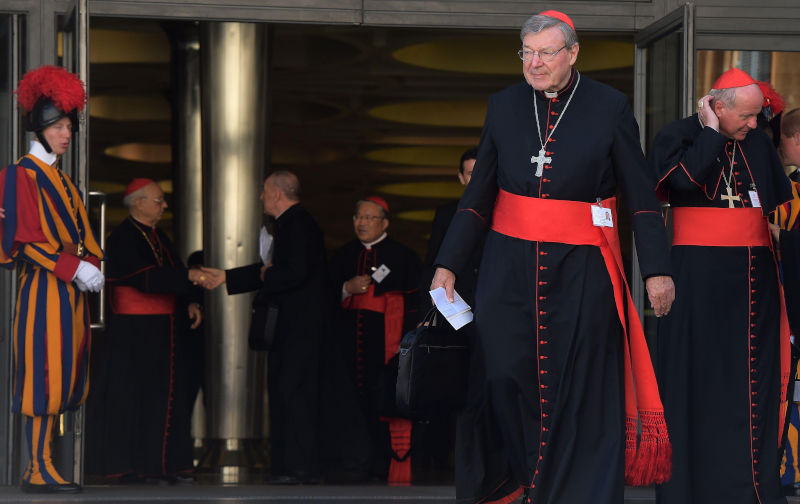 Pell was an ideological warrior that resisted the changes of liberal society and its tolerance for diversity and individualism.

Cardinal George Pell died as he lived, a fierce defender of the Catholic church and of conservative Catholicism. He had an agenda and knew how to achieve it. Striding from the back blocks of Ballarat to the marbled floors of the Vatican, Pell demonstrated a sure-footedness many of his episcopal brothers envied. He was a political operative of the highest order. Little wonder present and past prime ministers have lauded his career. They know a political asset when they see one.

Pell’s style of leadership was “old school” – authoritarian and uncompromising. It portrayed an absolutist and unflinching approach of the church to modern life. He was an ideological and cultural warrior within the church that resisted the changes of liberal society and its tolerance for diversity and individualism. His brand of Catholicism has proved to be unpopular and alienating to most Australians. His public persona became a lightening rod for discontent on many social issues, particularly those related to child sexual abuse. By his own design he was perceived as the head of the church in Australia and he bore the brunt of any anti-Catholic sentiment, justified or not.

But try as he might, the fortunes of the church defied his best efforts. These days most Catholics do not attend regular mass, nor do they subscribe to conventional Catholic sexual and social ethics. The public regard for and trust in the church has declined. The revelations of episcopal mismanagement of the clerical sexual abuse crisis has accelerated the church’s irrelevance in Australian society. Pell, like other bishops of his time, has had to preside over a diminished church and, in many ways, his death symbolises the demise of a church out of touch and out of time.

The future of Catholicism in Australia is and has always been bigger than Pell. Even in his latter years, Pell could not turn around the inclusive and consultative approach of Pope Francis. He tried to knock it off but to no effect. The Pope has set the church on a course of inclusive discernment and decision-making, called synodality, that would have been unheard of under a Pell administration. Now lay women and men are at the decision-making tables alongside clergy, religious leaders and bishops. Now ordinary Catholics are being consulted about the state of and future direction for their church. Now the very principles of a liberal and democratic society are being given due regard.

For Australian Catholics, their church needs to reflect the realities of their lives. It needs to mirror the diversity of lifestyles that constitute our local communities and family situations. It needs to be authentic enough to speak with integrity to the daily challenges of living decent and fulfilling lives, establishing sustainable livelihoods and building healthy and supportive communities. It needs to worry less about personal sexual ethics and busy itself more with the structural causes of injustice, poverty and exclusion. It needs to be “women friendly” and cease any covert discrimination against same-sex attracted and non-binary people. And that doesn’t come from clinging to an institution where medieval hierarchical power is exercised and male clerical dominance is perpetuated.

Pope Francis is prising open the staid mindset of those elements of the church that reacted to the Enlightenment and has held a vice-like grip on Catholic imagination ever since. He is daring to let lay people speak and even be heard. He calls for an engaged, energised church, shed of its sense of entitlement and importance. A church that instinctively identifies with marginalised people and addresses the limits of human tolerance and forgiveness. A church of, for and by the people.

So, with that said, the powerful grip of Pell and others is slipping. His loss will be felt.

Francis John Sullivan AO is the Chair of Catholic Social Services Australia. He is a teacher, administrator, and leader in health care organisations, who was CEO of the Catholic Church in Australia's Truth, Justice and Healing Council, in addition to being the previous Secretary-General of the Australian Medical Association