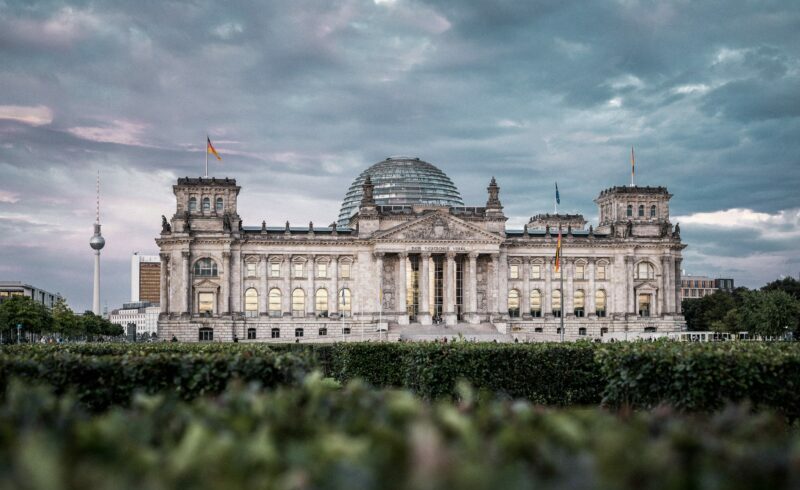 On current trends the German Social Democratic Party (SPD) is likely to lead a coalition government after the federal elections on September 26.

German Social Democrats have the momentum to win

The German election on September 26 is globally significant and has been under-reported in the Australian media.

Germany is of course a major economy in its own right. But its strong influence on the evolution of the EU over the next decade makes it even more important.

Furthermore, while it has been understated in its exercise of diplomatic influence during Angela Merkel’s government, there is no doubt that it will grow in influence over the next decade. Its role in the Iran nuclear deal is an example of this growing influence.

Germany’s slightly different attitude from most of its NATO allies towards Russia and China is important and may be influenced by the outcome of the election.

Looking from afar and after consulting with some experts on the ground I believe the most likely outcome of the German election will be a SDP-led coalition.

On recent trends over the last decade this seems surprising. The SPD has been wallowing in the polls, particularly as a consequence of having served as the junior partner in a conservative (CDU)/ SPD coalition.

The key factor appears to be the credibility of the SPD candidate for chancellor, Olaf Scholz. He has been the finance minister in the CDU/SPD coalition which was led until this election by Merkel. He appears to have established himself in the public mind as the best of the three candidates on offer.

The latest polling shows Scholz with 30 per cent support amongst voters, well ahead of the Greens candidate Annelena Baerbock with 15 per cent and the CDU candidate Armin Laschet with a mere 12 per cent. None of them seem immensely popular but it is clear from this polling and the trends in the voting intention surveys that the SDP is gaining ground.

The most recent poll had the SPD ahead of the CDU for the first time in 15 years.

The current situation is fluid but the trend is clear from the following:

Germany has a two-tier election system with a combination of local members and a party list system similar to New Zealand. So, leader popularity is not a guarantee of success as it would be in a presidential system. But in this election when the voters will be, in effect, choosing the successor to Merkel, the choice of chancellor will be prominent in the mind of voters. Hers are big shoes to fill.

The election is still nearly two weeks away and things could change. But the momentum is currently with the SPD and the trend is clear.

What are the risks? Local people are better placed to give a nuanced and comprehensive response to this question. But there appear to me to be two main risks.

The first is the recent change in approach from Laschet to attack Scholz and the Greens as a threat to German industry and jobs because of their positions on tackling climate change. The German government is not a global laggard like the Australian government. Nevertheless, there is considerable room for them to do more and this contest of ideas or of perceptions of threat could change the course of the election.

The second obvious risk is the character of the coalition the SPD would choose to form. In Germany the safe option would be a coalition with the Greens and the small Liberal party (FPD). There are however two far left parties which if the middle ground of voters thought might be in the government might send them back to the CDU.

Will the trend be maintained? Nothing is certain but up to 30 per cent of voters are expected to vote early due to the pandemic. This makes early leads more significant. The Economist‘s analysis suggests the SPD has an 80 per cent chance of being the largest party after the election, which would give it a strong hand in subsequent coalition negotiations.

Such success for the SPD would also suggest that the forecasts of impending doom for social democratic parties have been overstated, which would be significant throughout Europe and potentially beyond.

Canadians are also heading to the polls, with an election to be held on Monday, September 20. The Liberals, led by Prime Minister Justin Trudeau, have been inching ahead in the polls as support for the Conservatives has been sliding.