Ghosts seen in a Glasgow graveyard during COP26 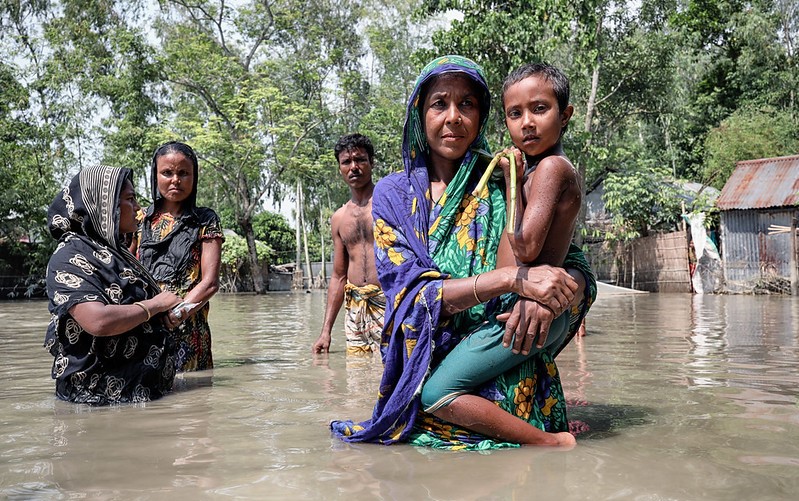 The effects of climate change, such as flooding in Bangladesh, are truly terrifying. (Image: UN Women/Mohammad Rakibul Hasan)

When you’ve seen the horrors of global warming first-hand, you become more frightened than if you have seen a ghost.

I am sleeping in my car during the Glasgow global warming conference for an Australian news agency and on the second night of the conference decided to hole up in a graveyard and sleep amongst some graves on the night after Halloween, the traditional night of the dead.

I’ve been planning this adventure for over half a century. When I was a kid I lived near that graveyard and begged my parents to allow me to camp out on the night of the dead on what he called the hill of the kings, which was a mound at the end of Govan Old graveyard. The place where the clans used to crown their kings. I was desperate to see a ghost and what with it being the night of the dead and the hill being surrounded by half buried gravestones I thought I would be perfect for ghost hunting.

Incidentally it was to be another 40 years before I did indeed see a ghost. The ghost I saw was for real. I live in a 400-year-old mill house that used to have a shop in the basement and the ghost of the shop keeper has often been seen. I came across her myself one night, not as a misty image on a distant horizon, but six feet away from me for a full 60 seconds. True. And I was sober and calm and being a good hack wrote everything down immediately afterwards.

Now as you might imagine Govan in the sixties was not a good place to abandon your child in a tent in a graveyard (he would probably have been sold to a passing stranger for beer vouchers) so it wasn’t until a couple of days ago, with both my parents dead, that I was finally able to spread out my sleeping bag amongst the gravestones, swallow a stiff whisky, and wait to see what happened.

And yes I did see ghosts.

Of course there was another aspect to the project. I thought there might be good copy in it. And there was. You see almost directly opposite the grave yard was the conference hall where the few great and a hundred odd of not-so-good politicians  were busy trying to see if they could marry their own interests with saving the planet, so I thought I could check out the demons on both sides of the river at the same time. And so the scene was set. A crescent moon above in a cloudless sky, the howling of Govan ambulances on their way to drug overdoses and a good belt of Lydl whisky down my throat and we were ready for action. And it worked. I did see ghosts. And they terrified me.

You see I fell asleep. Now for many the whole business of global warming, and ghosts is just a bit of nonsense. Some don’t believe in either of them. My trouble is that not only have I actually seen a ghost I have also seen global warming. Several times.

Thirty years ago I was a fifth form tutor in a comprehensive in the East End of London, a place where the refugees from the almost annual floods in the flood plains of Bangladesh were traditionally sent, and most years I would have to help process a few and even then there was a good deal of head scratching as to why the number of floods were increasing. The kids were usually fine. Just like me with the ghosts their curiosity was overcoming their fear and they often seemed to be having a ball.

From backstreets of Glasgow, our man in a car’s eye on COP26

It was the parents that were so often broken. Back in the highland clearances in Scotland in the 1800s there were often horrendous scenes when members of families would say goodbye to each other on highland piers knowing they would probably never see each other again. Well there had obviously been many such scenes in Bangladesh and just like the highland families they were close, and it hurt. Big time.

And then there was Tibet. It is only when you see the magnificence of the Tibetan plateau, an area the size of Europe, as I have, and realise that it is a giant water tank that feeds waters and cleans one fifth of the world’s population, and that the water tank is leaking because of global warming, that you start to tremble. It is when you see such things that you become more frightened than if you have seen a ghost.

Rivers are changing direction. Paddy fields remaining dry. The foundations of railway lines built on collapsing perma-frost basis tumbling, whole glaciers disappearing. Not sometimes in the future. Now. And then there will be wars. It’s easy to always assume that wars are usually generated through religion or the greed of warlords. Greed yes, but nowadays were increasingly it seems it’s greed for food, and water and fields that are not suddenly being flooded more often than they used to. Never assume that global warming is just going to be about everything just getting a bit hotter. There will be wars and rumours of wars and fire and pestilence and migrations on a scale which we can barely imagine.

On the night of the dead two days ago I lay in my sleeping bag on the mound of the kings in that Govan grave yard twisting and turning. If I looked to the south all I saw was a bunch of old grave stones, looked to the north and I saw the twinkling lights of the conference halls.

Don’t let the politicians get away with anything other than radical change.

Or you too may find you are a ghost earlier than you imagined you would be, 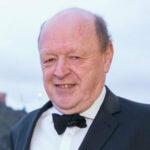 Sir Maxwell MacLeod was educated at Cargilfield, Gordonstoun, Durham and Oxford. He was a teacher before pursuing a number of jobs including writing for more than 10 newspapers, running expeditions throughout the Hebrides, starting an energy advisory business and lecturing in Japan, Washington, New York and Mississippi where he was recently the writer in residence at Mississippi State University.