Wind and solar technologies have extended their lead over fossil fuel generation on costs of new plant, and are now as cheap, or even cheaper, than existing coal, gas and nuclear power plants – even compared to existing and fully-depreciated fossil fuel generators.

These conclusions are made in the 12th edition of the annual Lazard Levelized Cost of Energy Analysis, which has become one of the major global industry benchmarks.

Its conclusions, both on the huge cost advantage of new wind and solar over new coal and gas plants, and now with existing gas plants – tallies with observations in Australia from the likes of Origin Energy, Snowy Hydro, AGL, Simec Zen’s Sanjeev Gupta, and any number of private analysis.

It should also give pause for thought for those – including the federal government – who want to design schemes that might encourage new investment in coal generators.

“We have reached an inflection point where, in some cases, it is more cost effective to build and operate new alternative energy projects than to maintain existing conventional generation plants,” says George Bilicic, the vice chairman and global head of Lazard’s Power, Energy & Infrastructure Group.

“As alternative energy costs continue to decline, storage remains the key to solving the problem of intermittency and we are beginning to see a clearer path forward for economic viability in storage technologies.”

This has extended its big advantage over the cost of building new coal, nuclear, or even gas plants – even in the US where the cost of gas is well below that of Australia. 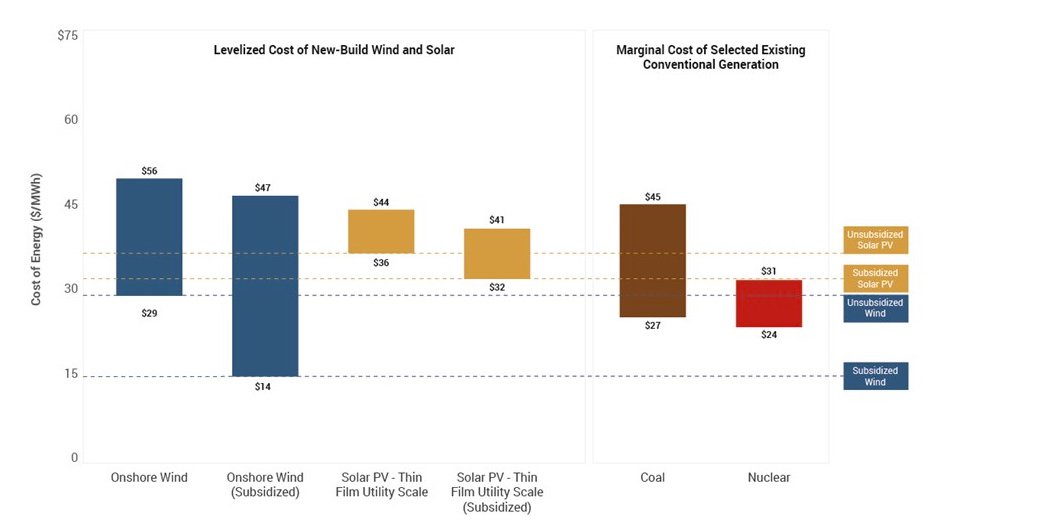 The new element is that wind and solar LCOE is now beating existing coal and nuclear plants, even those which have been fully depreciated. 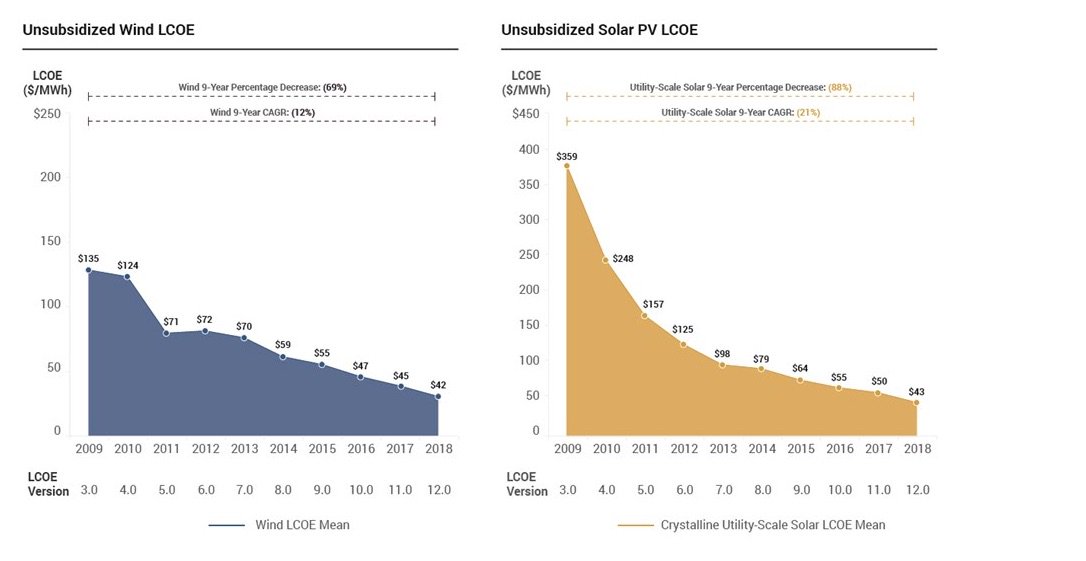 Such an outcome would have been unthinkable for many people a decade ago – around the time of Copenhagen climate conference – but Lazard estimates that since 2009 solar has fallen in cost by 88 per cent and wind has fallen by 69 per cent.

Lazard has also identified more significant cost declines in battery storage technologies in the 4th edition of the Levellised Cost of Storage report.

It cautions that while storage technology holds great promise, “alternative energy systems alone will not be capable of meeting the base-load generation needs of a developed economy for the foreseeable future.”

But it is important here to note that Lazard only canvasses the various battery storage technologies, and not the cost of storage of other technologies for longer durations such as solar thermal, pumped hydro, or even hydrogen. 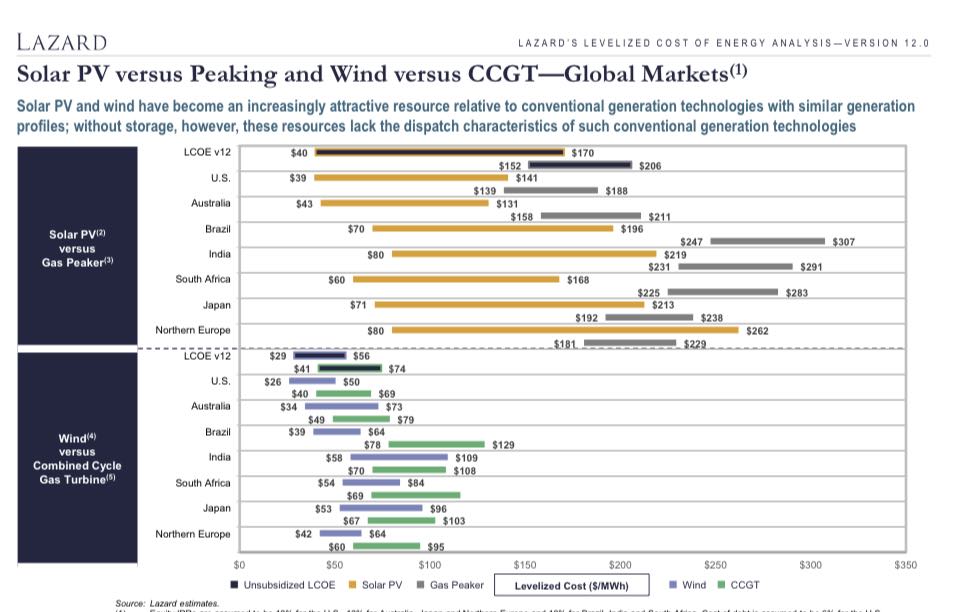 For an idea on how those costs sit, particularly in Australia, it is worth looking at the recent ARENA-sponsored study that looked at the whole range of storage technologies, from minutes to months.

Still, Lazard notes lithium-ion batteries remains the least expensive of the battery storage technologies, and continues to decrease in cost due to improved efficiencies and a maturing supply chain.

It sees further cost reductions of 28 per cent over the coming five years but warns of cost pressures from higher commodity pricing (e.g., cobalt and lithium carbonate) and tightening supply. This is where some of the mooted lithium and cobalt mining developments in Australia could play a key role.

This article was published by Renew Economy on the 12th of November 2018.