Mike Gilligan: AUKUS is not about defending Australia but a possible US attack on China 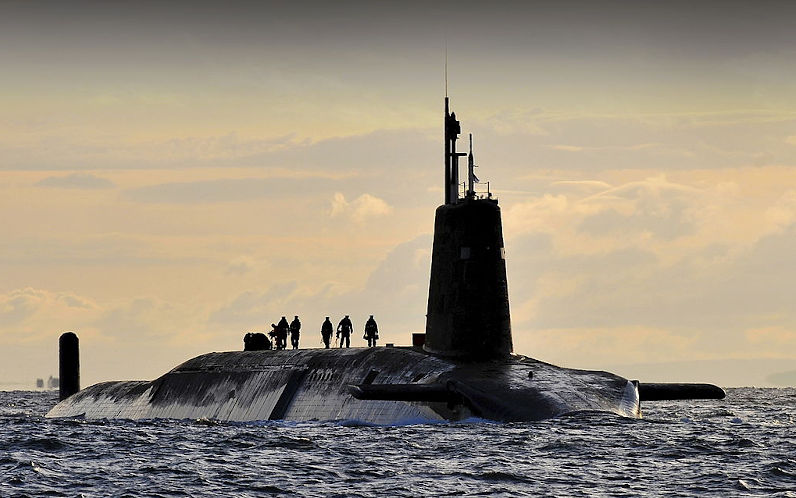 If nuclear submarines don’t fit with Australia’s defence policy, in what way could they make sense? Image: Wikimedia Commons

The hidden legacy of AUKUS is that Australia is on a path to attract thermonuclear attack from China, against which it is defenceless. In April I could only wonder about the illogicality of AUKUS, that peculiar agreement struck in September last year with the US and Britain, for Australia to build nuclear submarines to save the Indo-Pacific. (“AUKUS and submarines – a slippery slope”, P&I, 27 April 2022). AUKUS and its emblematic eight budget-crippling nuclear submarines make no sense against Australia’s defence policies, or economic sanity. AUKUS has to be opened intellectually, its innards exposed, to find the risks it’s pushing Australia into.

First, why submarines? The Department of Defence has established that submarines offer little efficacy in defending Australia. Most of their capability is obtained using other platforms, both land-based air and maritime assets which Australia possesses, at heavy cost already.

This official finding on submarines has been buried by successive governments, in order that  Defence outlays can subsidise an inefficient submarine industry, to political advantage – decades of gargantuan bipartisan pork-barrelling. Many of the defence commentariat and academe, who know, have lived finely off the spillage. But why now are the US and British governments complicit in this grand deception? It is unlike the US not to give weight to cost and effectiveness of military equipment.

If nuclear submarines don’t fit with Australia’s defence policy, in what way could they make sense? What operational role lies behind this extraordinary step for Australia? The obvious place to start is with US security intentions on China. Proceedings in the US Congress amplify President Biden’s focus on Taiwan at the Tokyo QUAD, revealing exactly what military posture the US Defence Department is planning against China. Pentagon Deputy Secretary Kathleen Hicks says that the “official standard is to deny China’s ability to invade Taiwan. “ The language infers continuation of the denial strategy attributed to Elbridge Colby which arose in the Trump Pentagon, whereby a military denial perimeter would be imposed off eastern China by an “anti-hegemonic coalition”, to include Australia.

Here the nuclear submarine finds a place. Any attempt by China to attack Taiwan amphibiously would have formidable difficulty with nuclear armed submarines patrolling its maritime approaches. It’s probable that this Taiwan-denial is a role foreseen for Australia’s quaintly-armed AUKUS submarines, alongside its US nuclear-armed counterparts, as a component of said anti-hegemony coalition.

But that would be just the tip of it. The Pentagon is creating a Multi Domain Task Force (MDTF) for this China- denial job. Already we have US Marines staging through northern Australia. The Marines are facing restructuring for warfare along the denial perimeter in the island chain from northern Japan down to New Guinea. That is what AUKUS is stitching Australia into.

Where might it end? John Lander, former Australian ambassador to Iran and Deputy Ambassador to China, offers professional insights. He sees the Wolfawitz doctrine of 1992 as still influencing US security policy– its aim being to prevent any national power becoming a challenge to US. He argues that the “US has defined China as its principal threat and is working on the strategy of denial so as to instigate a war between Taiwan and China. Arm Taiwan to the hilt, conduct a vilification campaign against China to make it the aggressor in the eyes of the world, encourage Taiwan to separate itself from China and thus instigate a war”. That’s a big call, by an astute observer. Nuclear escalation by an aggrieved, thwarted China could not be ruled out. The US would probably judge it had no choice but to respond in kind. But could the battle be confined to tactical nuclear weapons which merely vaporise aircraft carriers?  US planners might not be deterred by China’s strategic nuclear arsenal – outnumbered as it is and lacking the layered countermeasures of the US.

Yet let’s not forget that China could obliterate Sydney, Melbourne and Brisbane in a salvo before breakfast, and still have plenty to take its chances with the US. Why should Australia deploy submarines to fight China for Taiwan? It is not required by the ANZUS treaty. We do not see Taiwan as a nation state. Nor does any respected nation. Taiwan was and remains in international law a province of China. It is not geo-strategically important to us. We have no evidence that China has plans to attack Australia. Nor has China the conventional capability to do so. Evidence does exist that China is growing its own defences, centred on its vulnerability to nuclear decapitation by the US. And its maritime forces including power projection are growing. That is largely explained by a frail base, its focus on Taiwan, claims to adjacent seas, long vital sea lanes and longstanding issues with neighbours including Japan. It is frivolous to give weight to speculation beyond sober intelligence of the China military reality.

Yet our government is on the path to joining a fight with China in China’s waters seven thousand kilometres away. For a US objective of global primacy essentially.

What sort of Australian government would set up its people for such risk? It’s worse than that. Let’s go back to where it all started, the ANZUS Treaty of 1951. Contrary to what every Australian government portrays, ANZUS holds no assurance from the US that it would come to Australia’s assistance if attacked. That omission is deliberate, not an oversight. Australia’s treaty is unique in this deficiency. Contrast it with NATO which stretches from North America, Iceland and Greenland, to the United Kingdom, Europe, and the Baltics, covering nearly a billion people. Its members all possess the so-called Article 5 guarantee that “ AN ARMED ATTACK AGAINST ONE OR MORE OF THEM … SHALL BE CONSIDERED AN ATTACK AGAINST THEM ALL”. Governments worldwide have demanded this statutory protection from the US before confronting a nuclear power militarily. But not Australia’s.

Australia has no defence against nuclear missile attack. Nor a treaty for deterrence of it. That is why Australia  has single-mindedly built its own defences, of our territory from our territory. That endeavour has been successful. Our international diplomacy also has been key. Why would Australia depart from this hard-won independent position, to threaten armed action against China on dubious grounds for US strategic objectives? Even if the submarines were free.

For Australia to squander $170 billion on these submarines is reckless. Daily we find neglected and better ways of allocating this extraordinary impost: regional cooperation, diplomacy and massive fiscal repair. In any case, this costly military oddity delivers little added value to the evolving military coalition in north Asia of immense power – US, Japan and maybe Korea ? Other affordable and wise roles for Australia are plentiful.

Dissecting the entrails of AUKUS exposes feckless disregard for Australia’s interest, explained best as an egotistical political ploy overseen by a bulldozing prime minister abetted by a militarist oaf who distorted our security for a khaki election. The folly of an ineffectual submarine capability for operations against China could bury Australia’s patiently crafted security architecture – with unfathomable consequence.

Our American friends appear uncertain of the acceptability of AUKUS to Australians, requesting the previous government to brief the Opposition. Because this US request was ignored the new government starts from scratch in comprehending its complexities. Can our prime minister and foreign minister receive candid advice in the national interest from its proponents ? Our new leaders should deal carefully, probing so AUKUS implodes under its contradictions.

Dr Mike Gilligan worked for 20 years in Defence in policy evaluating military proposals for development, including time in the Pentagon on military force balances in Asia.