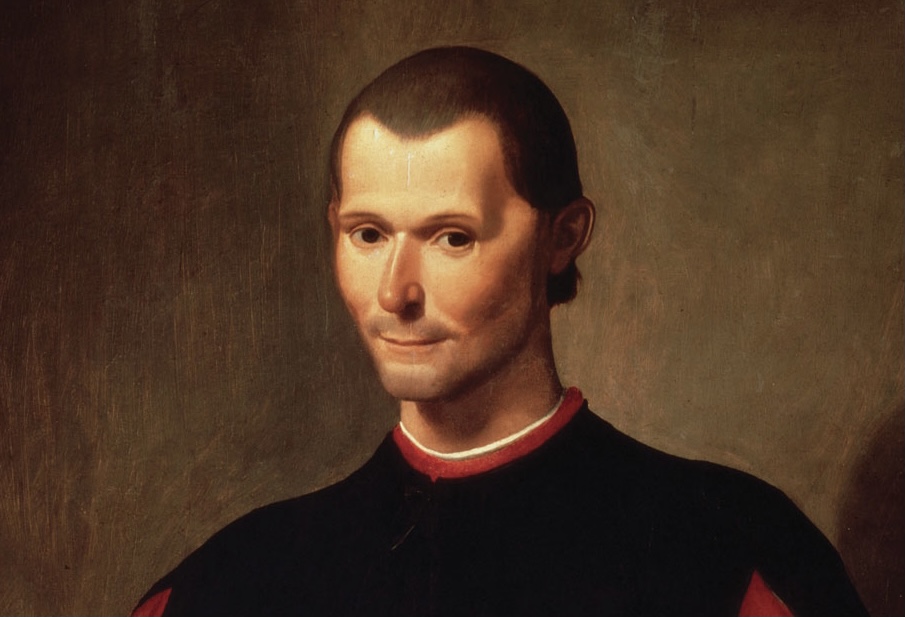 Seemingly blessed by that invaluable gift that Machiavelli called fortune, Scott Morrison has overcome significant setbacks to achieve Australia’s highest office. He overcame his dismissal as CEO of Tourism Australia, the loss of initial preselection for his seat of Cook by 82-8, to oust the pre-selected candidate on the basis of allegations against that person which, according to Wikipedia, proved to be false. Morrison was able to stand back from the Dutton challenge to Turnbull as Prime Minister, but then emerge with the top prize.

Even the Covid virus – disastrous for the world and Australia, has been very helpful to Morrison’s political standing – especially so soon after his appalling handling of the bushfires of 2019-20.

Perhaps Morrison’s greatest ability is at selling a brief – whether it be “Stop the Boats”, “No Jab, No Pay”; with a lump of black coal in hand in the Parliament: “This is coal! Don’t be afraid”, or “Jobs, Jobs, Jobs”.

He seems to be unhindered by the qualms of others: No qualms about disregarding conventional standards of accountability. No qualms about refusing to inform the Parliament and the Australian electorate about what is being done to “stop the boats”; no qualms about ramming home that very partisan “stop the boats” political message on the nightly news, supported by a leader of the Defence Force in full uniform – don’t worry that the military is meant to be scrupulously apolitical; no qualms about bring breaking parliamentary rules by using a lump of coal as a prop to get on the evening news and in the morning papers and wedge the Opposition.

According to Lenore Taylor writing in the Sydney Morning Herald on 16 February 2011, Morrison as Shadow Minister for Immigration and Citizenship “urged the shadow cabinet to capitalise on the electorate’s growing concerns” about Muslims and to appeal to the public perception of their “inability to integrate” to gain votes. Very publicly, Morrison trades on being a very actively involved Pentecostal. According to Wikipedia, he attends the Horizon Church, which is affiliated with the Australian Christian Churches, the Australian branch of the Assemblies of God.

Over his political career, Morrison has shown a strong instinct to disclose as little as he could get away with. ‘Stop the boats’ is a major example. The way that Morrison managed his Hawaiian holiday during the bushfire crisis of 2019-20 showed that he wanted the Australian people not to know that he had gone on holidays – and not only gone on holidays, but gone overseas.  That was quite a breach of convention. According to Wikipedia, Morrison’s office initially declined to comment on the length of his trip and his whereabouts, citing security concerns, and falsely claimed that he was not in Hawaii.

This instinct to disclose less than more, and to be loose with the truth, has come to light again this month with Morrison being caught being much less than candid in a Parliamentary answer. When the Brittany Higgins reported rape story broke, Morrison was getting political heat about who in his Office knew what and when about the matter.

Morrison has the good fortune to live in an era when, so it seems, no convention, no rule, perhaps no law is too sacred to break for political advantage.

This week Morrison held a press conference on the women issue. Like the debate engulfing the Government generally, Morrison started by decrying specific inappropriate sexual acts and broadened to the whole issue of how women are treated generally in Australia. He teared up over the load Australian women have had to bear for generations in consequence of the bad behaviour of Australian men:

“I have heard that women are overlooked, talked over by men, whether it is in boardrooms, in meeting rooms, in staff rooms, in media conferences, in cabinets, or anywhere else.  Overlooked and treated like they have nothing valuable to contribute.”

Morrison had heard about these things, he said. He wouldn’t have witnessed them himself, of course, let alone been guilty of them! It was bald-faced, given, for example, that Morrison’s Government has for a year ignored an important report made by a woman about sexual harassment – by the Sex Discrimination Commissioner, Kate Jenkins.

His statement about ignoring women reminded me of Morrison’s refusal, less than a week earlier, to come out and meet the women protesting about these very same issues outside the Parliament. It reminded me of Morrison’s bizarre insistence that the Rule of Law would be subverted if the 31 page brief of evidence of the late Katharine Thornton against Christian Porter were to be investigated in any way by anyone.

Lest you were to conclude that his press conference was some sort of Road to Damascus event, the following day Morrison was back in Parliament dismissing the account of the female Liberal Speaker of the Tasmanian Parliament, Sue Hickey. She told the Parliament that Liberal Senator Eric Abetz had said to her of Brittany Higgins:

“As for that Higgins girl, anybody who is so disgustingly drunk, who would sleep with anybody, could have slept with one of our spies and put the security of our nation at risk”.

Abetz has denied the allegation. When asked about the matter in Parliament, Morrison said:

“What I can only refer to is the absolute denial of those statements by Senator Abetz.”

Morrison said Abetz would continue to serve in his role and had been a “significant contributor” to the Australian political landscape. He did not pay any tribute to Ms Hickey. Now the Tasmanian Premier has written to Morrison requesting that Morrison consider the matters that were raised. The PM has brushed off the request.

At his press conference, after his stream of consciousness on the terrible plight of Australian women, Morrison took questions from journalists. Sky News political editor, Andrew Clennell asked:

“Prime Minister, if you were the boss of a business and there’d been an alleged rape on your watch and this incident we heard about last night, on your watch, your job would probably be in a bit of jeopardy, wouldn’t it?  Doesn’t it look like you’ve lost control of your ministerial staff here?

“Well let me take you up on that. Right now, you’d be aware that in your own organisation that there is a person who has had a complaint made against them for harassment of a woman in a women’s toilet.

And that matter is being pursued by your own HR department.”

Clennell said: I am not aware of it.

Morrison retorted: “You are not aware of it. So let’s not, all of us who sit in glass houses here, start getting into that.”

Apparently, Morrison had News Corp in mind rather than the particular arm for which Clennell works – Sky News. That Morrison would publicly threaten Newscorp of all people in that way was extraordinary. But it seems that Morrison’s scuttlebutt was entirely incorrect, and he has apologised blaming “the emotion of the moment”.  Morrison has acknowledged that there was no such allegation. If there had been, would it be respectful of Morrison to the woman to use her complaint in that way – to threaten her employer to back off scrutinising the Government’s women problems?

Morrison seems all at sea on the women issue. He can spin a lump of coal and fire up fear of Muslims, but even members of his own party, such as NSW Liberal MLC Catherine Cusack have said publicly that he has no idea when it comes to the inclusion of women and their treatment. She has said that she is so appalled with her party’s treatment of women that she will no longer attend parliamentary party room meetings. Federal Industry Minister, Karen Andrews says that she “has had a gutful” of disrespect and poor treatment of women in Federal Parliament and in other workplaces. Andrews said that her conscience does not allow her to be silent any longer.