Don’t be too impatient for gender equality: we’ll get there by 2126

The World Economic Forum has released its Global Gender Gap Report for 2018, revealing painfully slow progress towards gender equality. “At the current rate of change, the data suggest that it will take 108 years to close the overall gender gap and 202 years to bring about parity in the workplace.” 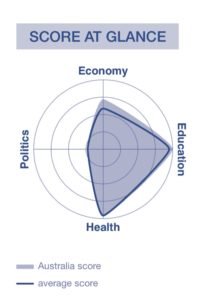 Unsurprisingly the Nordic countries occupy the top places among the 149 countries studied. Australia comes in at 39thplace, way behind New Zealand (7thplace), and we’re even behind some countries we may consider to be more tradition-bound, such as Spain, Argentina and the UK.

Australia scores very well in women’s education attainment, and like almost all “developed” countries scores well on women’s health, but our overall score is brought down by poor outcomes in “economic participation and opportunity” and “political empowerment”, noting not only poor female parliamentary representation, but the almost complete absence of a female head of state. Perhaps Morrison overlooked this when he made his recommendation for our next governor-general.

With more than 200 000 poker machines (half of which are in NSW) we lead the world. On the ABC’S program The MoneyRichard Ady talks to five experts on poker machine gambling. Australians lose a staggering $15 billion each year on the pokies. That’s an average of $1600 per household. Most people never touch the machines: losses are concentrated among that eight percent of Australians who play them at least once a month.

We must re-think the purpose of the corporation

That’s the title of an article by Martin Wolf in the Financial Times. (Warning – the FT gives you only one go at a free download). “The public at large increasingly views corporations as sociopathic” writes Wolf, in his review of Colin Mayer’s book Prosperity. In deconstructing the idea that the sole purpose of a corporation is to make a profit for its shareholders, he points out the fallacies in such a model. Corporations exist for a purpose – to make something, to do something that contributes to customer value: profit is a condition for achieving that purpose, it is not, or should not be, the purpose itself. (It’s notable that readers of the financial press may find his views novel. Business scholars, such as Adolf Berle, Chester Barnard and Kawakami Hajime were making the same point early last century, but their views went out of fashion in the brave new world of neoliberalism.)

And corporations should pay more tax

Writing in The Conversation, Ross Garnaut, Craig Emerson and Reuben Finighan call for an overhaul of the way we tax corporations. Taxation based on reported profit – the traditional basis of corporate taxes – is too easy to  dodge through allocation of costs to ensure that profits are realised in tax havens. They advocate taxes based on cash flows, on the basis that cash flows are easily and objectively measured (money in less money out), and cannot so easily be manipulated to reduce a company’s tax liability in the country where it actually does business.

We can save money by thinking carefully about private health insurance

The Government has announced that it will allow private health insurers to lift their premiums by an average of 3.25 per cent next year. This will be the lowest nominal and real increase for some years, and is probably in response to Labor’s proposal to limit price increases to 2.00 per cent, according to an AAP article in The Guardian. Writing in the New Daily, Caroline Zielinski asks if people really need private health insurance. She consults with several experts and concludes “if you’re a single, young person or a young couple, don’t buy insurance” and “if you’re over 50, do your research very carefully – it will save you thousands”.  (Many contributors to Pearls and Irritations have written on the poor value of private health insurance, both in terms of personal finance and in terms of public policy.)

Cambodia is experiencing “colonialism with a Chinese face” writes Luke Hunt in La Croix International– A Chinese takeaway in Cambodia. Chinese investment is pouring into Cambodia, but its benefits are questionable. “Pristine beaches and rainforests are being carved up by big business, driving up property prices that locals can ill afford”. Chinese tourists are coming in their droves, but are contributing little to the local economy. Even Cambodia’s government-controlled press is reporting on bad behaviour by Chinese corporations and individuals.

There is hardly a journalist who is not making an end-of-year reflection on the politics of 2018, particularly the chaotic period since the Dutton-Morrison putsch. Tony Walker’s article So that was another wasted year in Australian politics, published in the Canberra Times, is one of the more concise contributions. Waleed Aly’s contribution in the Fairfax press has the self-explanatory title Once again, the Liberals find themselves on the wrong side of history.

John Warhurst, also writing in the Fairfax press, examines the developments in the Liberal Party in terms of its dominance by the NSW branch, noting particularly the still strong influence of the party patrician John Howard, whose reputation in party circles is growing rather than fading. Morrison, he says, is living in a “conservative Christian/white male/Liberal/Sydney bubble”, protected from the world by his party colleagues.

If, in spite of Warhurst’s expose of the Liberal Party’s NSW domination, people still carries the image of the party as a bunch of stuffy plutocrats meeting in the Melbourne Club, Farrah Tomazin writing in The Age Farrah Tomazin takes readers into the inner workings of the Victorian branch of the party. It’s certainly not behaviour that one would witness in the Melbourne Club.

It’s been a ghastly year for the Catholic Church as more is revealed about sex abuse and the involvement by senior members of the clergy in protecting the perpetrators. Writing in UCA NewsAustralian Jesuit Michael Kelly calls for a forthcoming gathering of bishops in Rome to confront the issue of sexual abuse, and to see it in its wider context of abuses of power in the Church.

Will 2019 be Annus mirabilis for the politically concerned?

Jason Wilson, writing in The Guardian, has an article How the world has fought back against the violent far-right and started winning. He identifies various strands of activism used in Australia and overseas, that have been used effectively to shut down the far right. 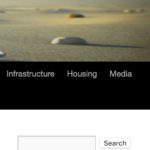 This regular contribution will not appear next weekend (back on January 5). But there is no shortage of entries in Pearls and Irritations to keep readers going. Remember its search function just below the graphic.  Search by topic (“refugees”, “privatisation”, etc), or by author (“MacCallum”, “Gittins” etc).

Or, if you are seeking lighter reading on contemporary affairs, there is always the Betoota Advocate, which brings readers a rich offering of world and Australian news. It picks up what the mainstream media misses, or lacks the imagination to invent, such as Tony Abbott’s crucial role in pushing for a leadership spill against British PM Theresa May.