Goodwill and good intentions: lessons from Ireland relevant to Israel-Palestine

Alf McCreary is an Irish author. In A Fund of Goodwill, McCreary tells the story of the success of the International Fund for Ireland. Established in 1986 its mission was to invest in projects that brought Irish Protestants and Catholics together.

Speaking about the Fund, McCreary said: “The International Fund’s story is one of co-operation on many levels, not only politically and economically, but also across the divides within communities and across the border. It is a complex story but also an inspiring story of how so many people committed themselves to doing their best in the worst of times.”

The Fund, which pre-dated the Good Friday Agreements by a dozen years, is widely regarded to have gone a considerable way to building significant trust and better understanding between two communities seemingly destined to the continuation of centuries long inter-communal conflict.

How pleasing then to see that the US Congress passed legislation in December 2020 to support a latter-day version of the same idea – this time applying the strategy to the seemingly intractable challenge of the seventy plus years conflict between Israelis and Palestinians.

The bipartisan (a not so often heard phrase these days) Middle East Partnership for Peace Act commits the USA to deploying US$250 million over five years into cross border economic and people-to-people projects designed to address the “trust deficit” that exists between Israelis and Palestinians. The US is inviting other countries to join them in this endeavour; in the same way as the Irish Fund drew on several countries, including Australia.

This is the space in which Project Rozana is active. It’s not for the faint-hearted, but it is the right space for all of us who believe that there are identified pathways to reduce the 90% lack of trust that is felt by Palestinians towards Israelis and the 79% of mistrust that is reciprocated by Israelis towards their Palestinian neighbours.

Project Rozana has identified health as the sector most likely to have an immediate positive impact. It is the one space where, every minute of every day, Israelis and Palestinians meet in an atmosphere of mutual respect – whether as professional colleagues or as patients.

This is the space we have been successfully working in for over eight years. Having launched in Melbourne in May 2013, Project Rozana has built a respected and impactful global footprint.

Our partners on the ground deliver “Wheels of Hope” – our initiative which sees 2000+ Palestinian and Israeli volunteers provide, between them, daily, free transportation, for critically ill Palestinian children and their carers – from their homes in the West Bank or the Gaza checkpoints to hospitals in Israel. This hospital care, the cost of which is covered by the PA on the same terms as that provided to Israeli patients by their health insurance funds, meets an existential need. For the moment the equivalent care is simply not available in Palestine.

But we are working to change that as well. And we are doing it with the full support of both governments and the Palestinian and Israeli health network. It is a privilege we don’t take lightly. It is one that we understand needs positive engagement, but it is one that we know, from years of constructive activity in the region, is making a difference.

We are not naive to the bigger and seemingly intractable political realities, but Project Rozana has a singular agenda – to build bridges to better understanding between Israelis and Palestinians through health. Our Mission has the support of governments, Australia’s included, and, most importantly, of people of all backgrounds, ethnicities and faiths.  We believe that, like the Irish experience, there is a pathway to a better future built on a solid foundation of trust and mutual respect.

We are optimistic that Australians, no matter their political persuasion or ethnicity, will join us. 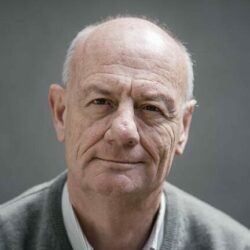 Tim Costello AO is Executive Director of Ethical Voice and Micah Australia. He was the CEO of World Vision Australia 2004-2016. He is Chief Advocate for the Alliance for Gambling Reform and a Senior Fellow with the Centre for Public Christianity. He lives in Melbourne. 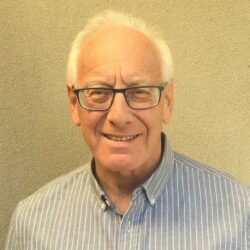 Ron Finkel is a Melbourne born businessman and the Managing Director of Momentum Ventures Pty Ltd one of the first venture capital funds established in Australia. Ron is a graduate in Law and Commerce from the University of Melbourne.
Ron founded Project Rozana in 2013 with a Mission to build better understanding between Israelis and Palestinians through health. His interest in the region is longstanding going back to his first visit in December 1966. In 2017 Ron was appointed a Member of the Order of Australia (AM), in recognition of his community service and achievements.