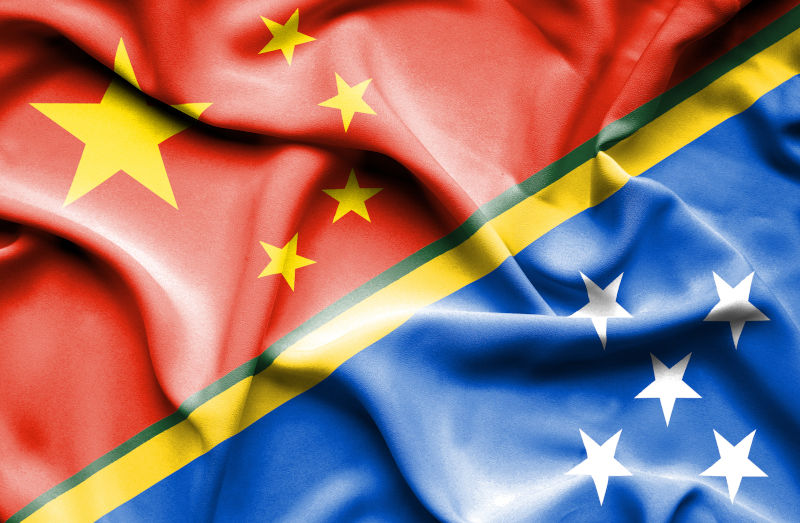 The last time a foreign policy/defence issue went really bad for a Liberal Party Government was just over half a century ago – but it also concerned China. Needless to say, the Labor Party was accused of being soft on China. A recurring theme: from the early 1960s the Menzies Government’s election campaigning always included (and sometimes relied heavily upon) fear of the threat of communism generally and specifically of the threats posed by the Soviet Union as well as Communist China.

The issue in 1971 was specifically about China, and the loss of a major market for Australian primary producers. The Labor Party, though in Opposition, decided to send a high level delegation led by its leader Gough Whitlam to try to persuade the Chinese to renew their orders for Australian wheat. The Chinese reaction was positive, and Whitlam was granted a lengthy meeting with the Chinese Premier, Chou En-lai, a meeting attended and reported on extensively by the journalists who travelled with the Whitlam party.

Back in Australia the then Prime Minister, Billy McMahon, accused Labor of damaging the US alliance. He also joyfully claimed Chou En-lai had played Whitlam ‘as a fisherman plays a trout’. McMahon wasn’t to know that as Whitlam was meeting the Chinese leader, President Nixon’s National Security Adviser, Dr Henry Kissinger, was secretly in Peking (Beijing) arranging for a visit to China by the US President. When that news emerged, it was clear the Americans had kept the Australian government in the dark, as well as everyone else. And if the Americans could talk with the Chinese, clearly it was sensible for Australia to do so as well. In the 1972 election it was Labor rather than the Liberals who could claim the ascendancy on foreign policy issues and particularly relations with China.

Immediately after that election Whitlam organised formal recognition of the communist country as the government of China – rejecting the claims of the former nationalist government based in Taiwan. That recognition was never questioned when the Liberal and National Parties returned to government.

Nevertheless, almost 50 years later, the Morrison Government was greatly discomforted when the Solomon Islands government decided to rescind its recognition of Taiwan, and recognise the communist government of China. It was concerned this could lead to China gaining a foothold in the region.

It wasn’t wrong. But it appeared to do nothing to meet this perceived threat. Indeed, its actions had the effect of diminishing its own ability to influence the Solomon Islands (and other South Pacific countries).
It reduced aid, its diplomatic resources and the weight it gave within the government to the region.

Perhaps most important, it paid no attention – worse than that, its scoffed at – the concerns of all the south Pacific island states about global warming. Then suddenly this month, just as the formal election campaign was finally under way, the Morrison government was confronted with the news that the current government of the Solomon Islands was about to sign a security treaty with China, a treaty that might possibly, sometime in the future (even the near future), lead to the Chinese establishing naval and other bases just a few thousand kilometres away from the Australian mainland.

The shock/horror reaction of the Prime Minister belies his subsequent attempts to explain that the government wasn’t really caught out by the news – which came through the leaking of the draft treaty. If either the Foreign Affairs department or one of Australia’s spy services had forewarned the government its response can only be described as completely inadequate and pitiful. There is no suggestion it made contact with the Solomon Islands government to express Australia’s concerns about such a treaty as possibly damaging to the defence interests of Australia and its allies, particularly the United States.

There have been some reports that the government should have had early knowledge of the proposed treaty, but that our diplomats or other officials on the ground were unable to get the message through to where it mattered in Canberra – namely the responsible ministers including the Prime Minister.

In any event the Government’s public reaction to the news of the treaty suggests it wouldn’t have mattered. It sent off the most junior minister at its disposal to Honiara. Our allies demonstrated their greater concerns. The United States dispatched its most senior official responsible for Indo-Pacific security while Japan sent its senior foreign affairs official.

Picking up the pieces quite a few days later, Morrison tried to play down the significance of the affair. He said he and the Americans had received assurances from the Solomon Islands Prime Minister that there would be no Chinese bases permitted. But then he declared that establishment of a base would be a ‘red line’ for the US and Australia.

Just what that means he was unable or unwilling to say. Sounds tough; probably means nothing. A bit like the declarations of the warrior Defence Minister Peter Dutton on Anzac Day that if acted on would mean Australia should be putting itself on a war footing, now. ‘The only way you can preserve peace is to prepare for war and be strong as a country,’ he proclaimed.

Trouble is, his current actions won’t give us the armed forces personnel we apparently need for another 10 years, or the first of our new submarines for almost 20 years. The Chinese are unlikely to be deterred from anything they are currently planning by his posturing.

Nor is he likely to succeed in his real purpose, to bolster the Liberal and National Parties electoral prospects. As was the case 50 years ago, their dominance electorally on foreign affairs and defence issues has been neutered during this campaign.